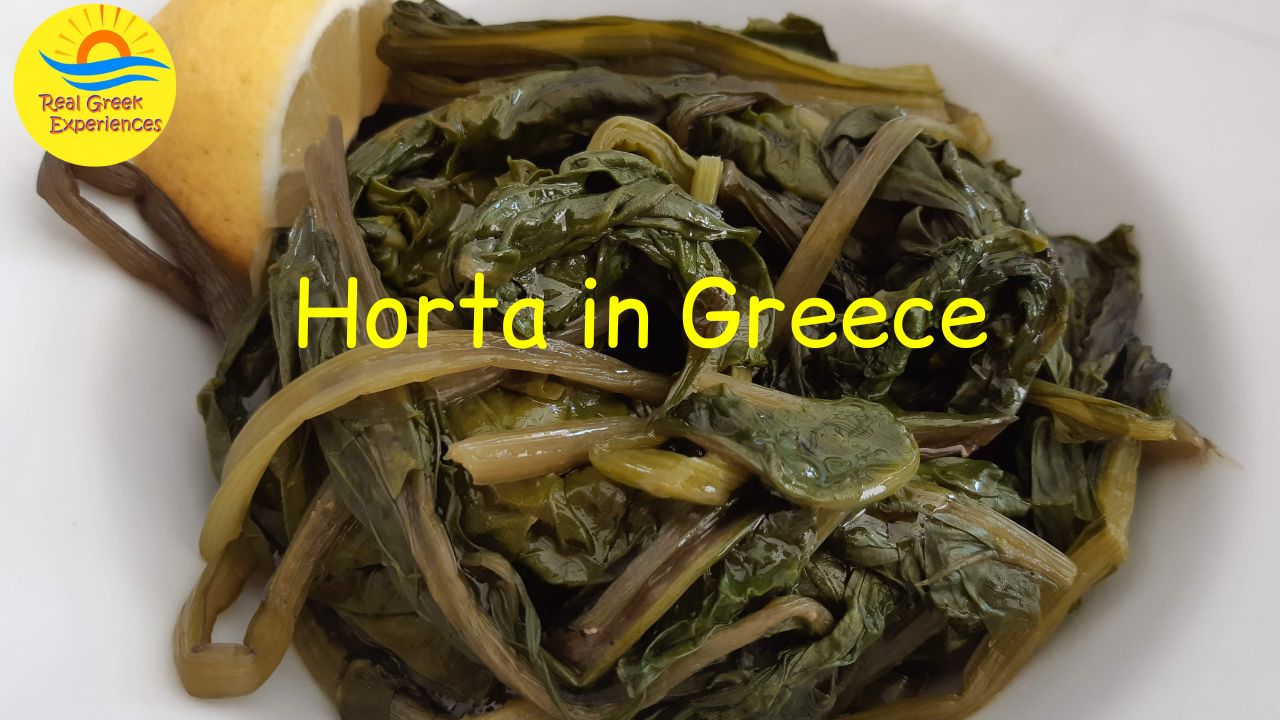 The word Horta usually refers to a traditional Greek dish which consists of boiled leafy greens, olive oil and lemon juice. But that’s not all! Here is everything you need to know about Horta in Greece.

When you go to a Greek taverna, you will usually come across a weird-sounding entry in the menu: Horta (χόρτα). Sometimes, you will see it as horta vrasta (χόρτα βραστά).

The word horta refers to a simple plate of boiled wild leafy greens, seasoned with fragrant extra-virgin olive oil and fresh lemon juice. This side dish is common year-round, and is popular among locals as well as visitors. 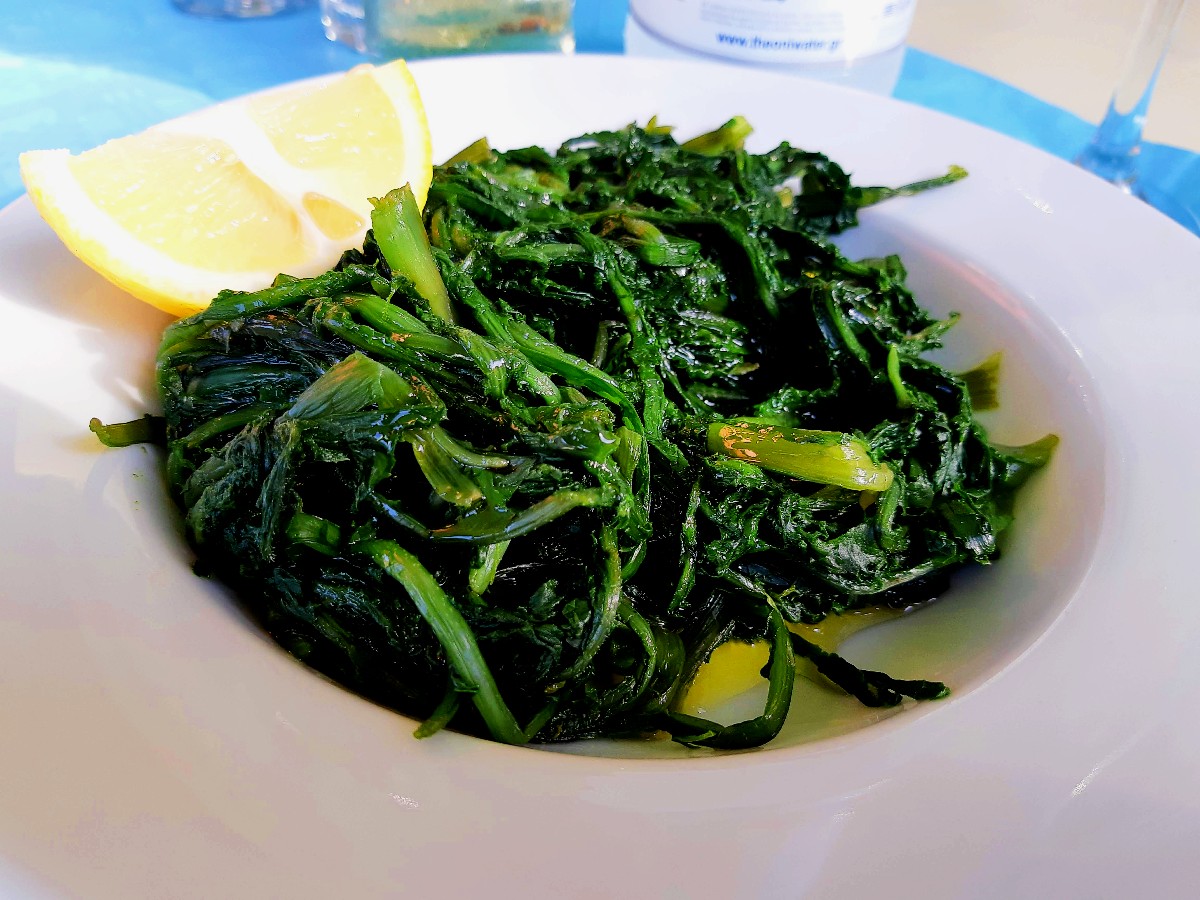 Generally speaking though, the word horta is the plural form of the word horto, which literally means “weed”, or “grass”. In Greek, horta is an umbrella name for various types of edible leafy greens, many of which grow in the wild.

Fun fact: Like in many other languages, the singular form of the word, horto, refers to a well-known illegal substance 🙂

So, horta is a Greek word for edible leafy plants that often grow on their own. But what do they taste like?

There are dozens of different types of wild horta in Greece. Each of these varieties of leafy greens has a unique flavor and texture. Some are sweet, some are bitter, some are tender, some are crunchy. 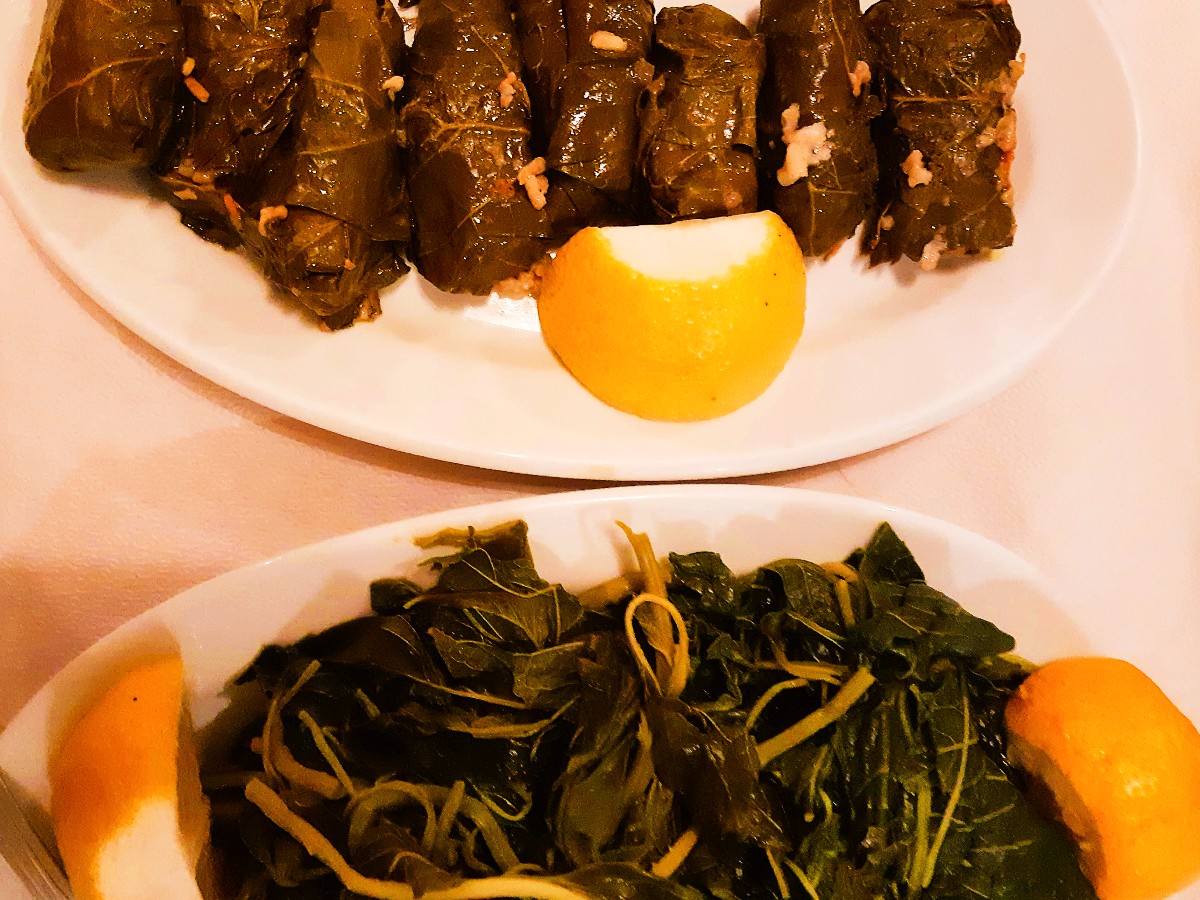 Depending on their type, horta can be eaten boiled, raw, or pickled. They are often cooked with more ingredients, like onion, tomato sauce, lemon, even feta cheese. Sometimes they are added in salads and pies for extra flavor. Overall, they are versatile, and a great addition to any meal.

Is Horta good for you?

Just like spinach and kale, Greek horta are really good for you in terms of nutritional value and health benefits. In fact, there is no healthy eating plan which doesn’t stress the importance of green leaves in your diet. There’s no excuse not to try them during your Greek holiday!

Wild leafy greens have been known in Greece since antiquity, just like olives, oregano and wine. Their health benefits have been proven centuries ago, and they are an important part of the Mediterranean diet and traditional Greek diet. 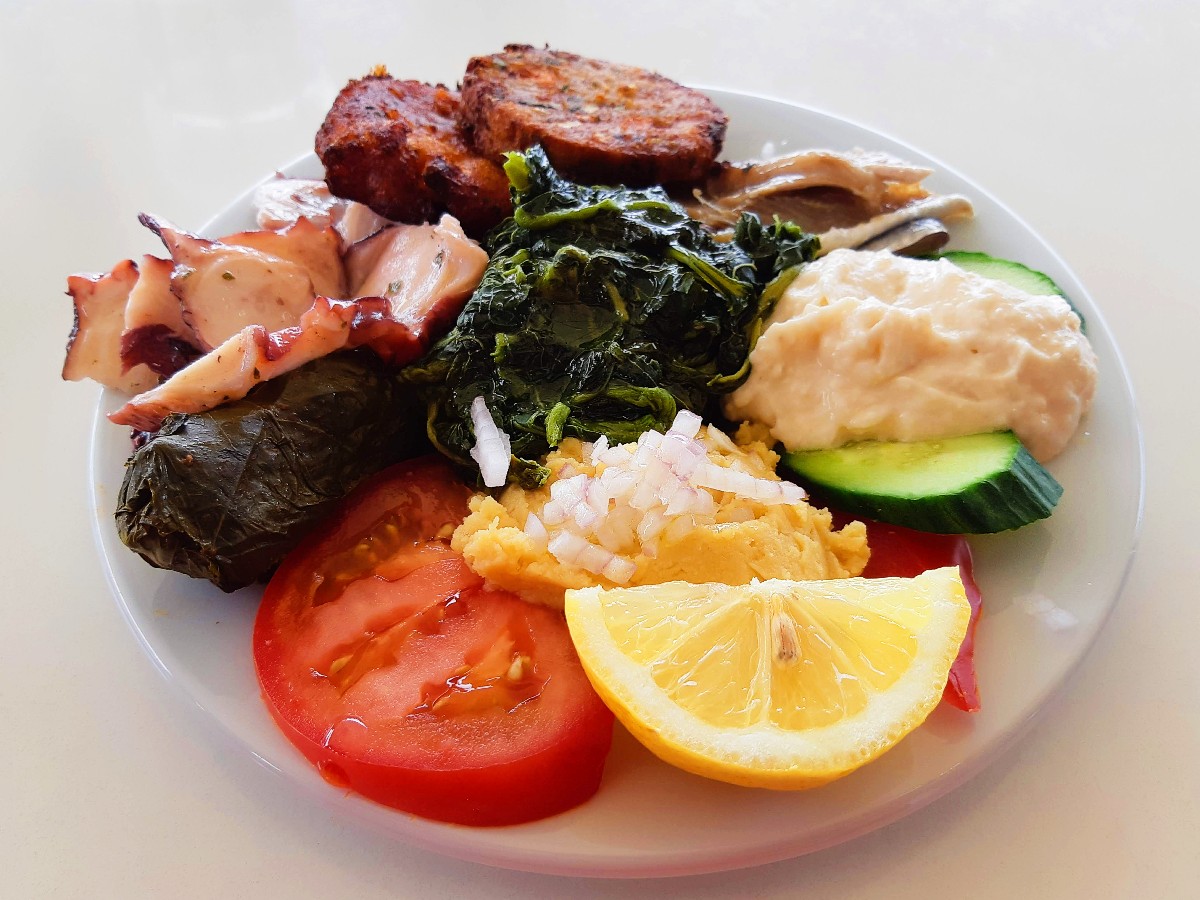 These delicious cooked greens are low in calories (around 20-30 calories per 100 g) and they have no saturated fat. They are high in fiber, and rich in vitamin C, A and K, flavonoids, polyphenols, a-linolenic acid and omega-3s. Furthermore, they contain minerals such as iron and calcium, and as such are ideal for vegans.

Due to the antioxidants they contain, most types of horta have anti-inflammatory properties. Some people believe that they can help protect against chronic diseases like heart disease and cancer.

Overall, horta is a delicious and nutritious way to add extra color, zest and flavor to your meals. Let’s have a look at the most important varieties of horta.

As horta commonly grow in the wild, there are many different types, which are often region-specific. Different varieties grow at different times of the year, so there are always a few types available throughout the country.

At the same time, some types of horta come from commercially planted fields. You can even grow some types at home 🙂 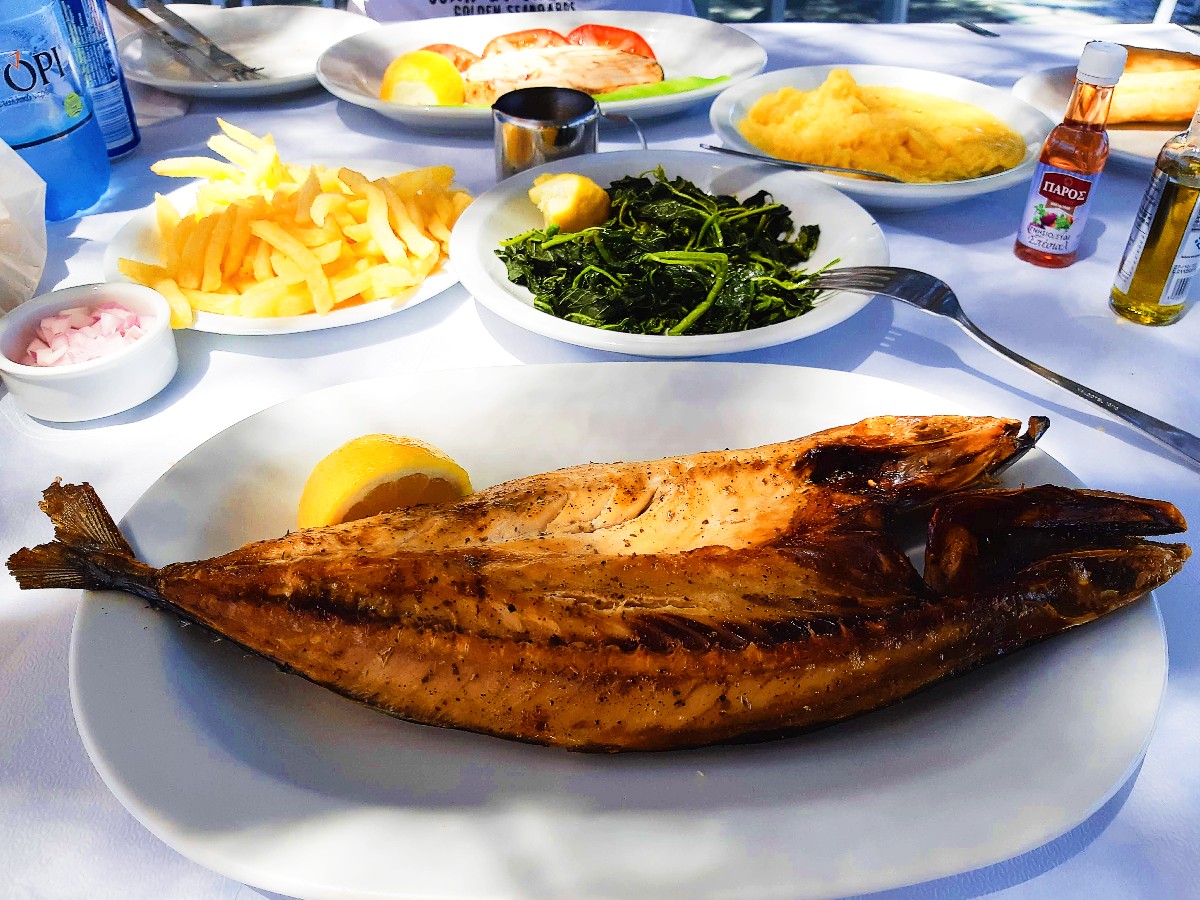 Here are some examples of the most popular types of horta in Greece, which can be eaten raw and / or cooked. I’ve included the English name, the Greek name, and the way it’s pronounced in Greek.

Vlita, which belongs to the amaranth family, is one of the most common types of Greek boiled greens. You will find them at most tavernas between early summer and mid-autumn, and you might even see the word vlita on the menu. Their taste is sweetish, and they go well with lots of lemon juice.

Zohee are available from the beginning of autumn until the end of spring. Like vlita, boiled sow thistle is sweet in taste, and goes well with lemon.

Seskoula are a very versatile type of horta. They belong to the beet family, and in fact look very similar to beetroot leaves. You can eat them raw, boiled, or as an ingredient in pies and other Greek dishes. Swiss chard can replace wild spinach in most recipes.

Vrouves are a large family of popular greens with a spicy, tangy flavor. Their seeds are used to make mustard. You can serve them without lemon juice, as they have a strong flavor already.

Dandelion greens and chicory go by several different names in Greece, such as peekraleeda, radeeki, or taraxako. There are a few slightly different varieties, which range from sweet to relatively bitter. Apart from being edible, chicory is also used in the production of a coffee alternative. 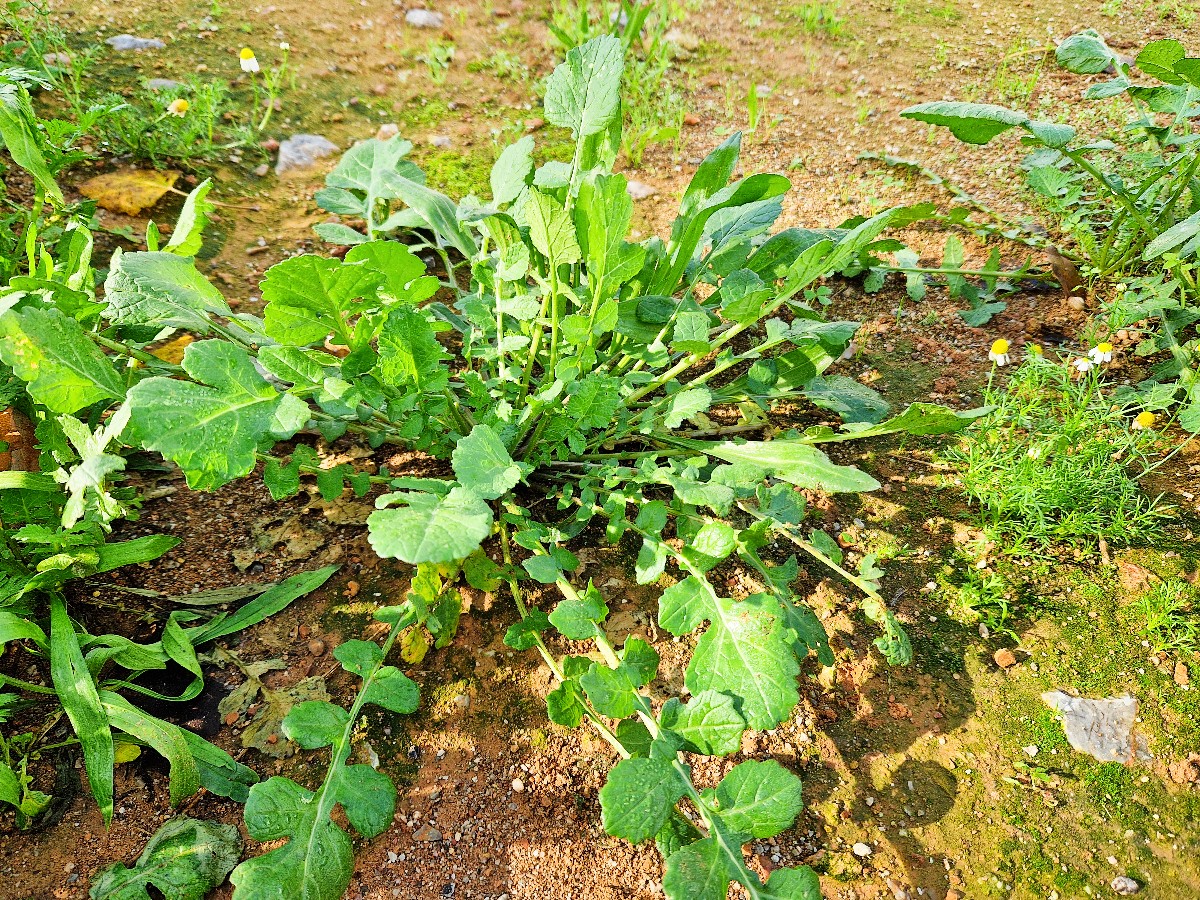 Andeethia are similar to chicory, and taste slightly bitter. Greeks use the curly endive in many different recipes, for example in salads and pies.

Stamnagathi is another type of chicory. These wild greens are especially popular in Crete, where they are widely available. You can eat them raw or boiled, and they make a great addition to salads.

There are many types of tsoukneeda in Greece. These weeds have been widely used since the ancient times to treat various conditions, and they are really a superfood. Nettle leaves cannot be eaten raw, as they sting! They are often added to pies and soups, and nettle tea is also popular.

Moloha leaves are usually thrown in with different types of greens. In some areas of Greece, they make stuffed mallow leaves, in addition to stuffed vine leaves. Mallow always grows close to nettles, as it can ease the sting caused by touching the stingy nettle leavess.

Lapatho is a slightly sour weed, commonly used in pies. Some people also use it to make dolmadakia dishes – stuffed sorrel leaves with rice.

Almyra is a small shrub which grows close to areas with salt water. It has a unique, savory flavor that sets it apart from all other types of wild greens. It only needs boiling for a few minutes, to retain its crispiness.

Αndrakla is a tender leafy green that tastes a little bit like spinach. Some people add to leafy salads, and it’s often the basis for a simple vegan dish with tomato sauce and onions. 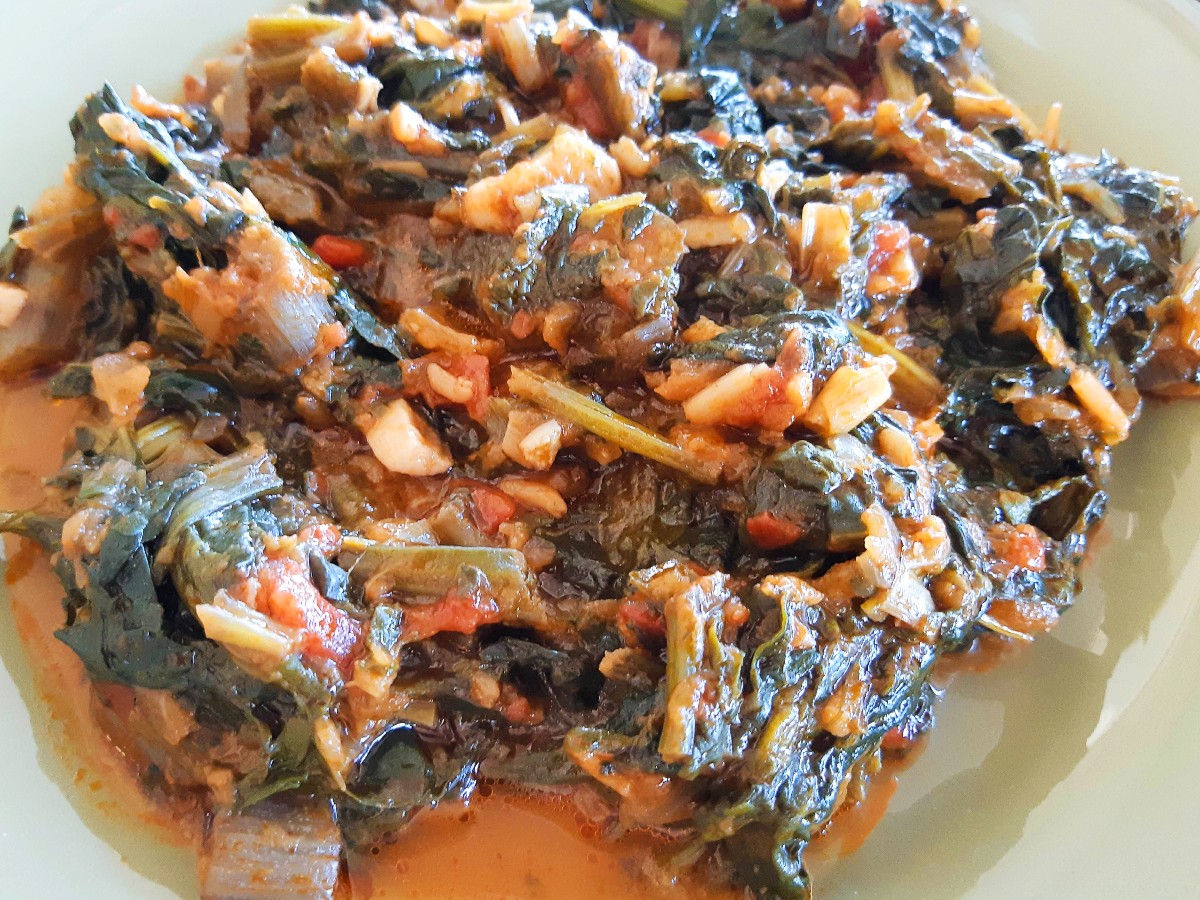 Roka bitter greens are usually eaten raw. Most people mix them with other leafy greens, such as lettuce. You can find cleaned, packaged rocket at most supermarkets in Greece, but the wild variety has a strong, spicy flavor.

Kreetamo is a type of weed that grows in spring. You can sometimes find raw samphire in salads, though it’s more common to find it pickled in a jar.

Kapari bushes grow wild in many areas of Greece, especially on the Cyclades islands. Both the flowers and the leaves are edible, though they need to be cured in brine before consumption. Like raw olives, raw capers are super bitter and therefore not palatable. You will find them pickled in jars at any supermarket in Greece.

Where to eat Horta in Greece

Horta is an inexpensive, filling and delicious food, which is part of the reasons why they are so widely used in traditional Greek cuisine. You will find boiled horta at most Greek tavernas and restaurants.

In Greece, horta is a dish classified as a salad, and can be served hot or cold. It’s a gluten-free, lactose-free and vegan / vegetarian dish, so suitable for almost everyone! You can eat it any way you like – as an appetizer, as a side dish, as a salad, or just to accompany your main course. 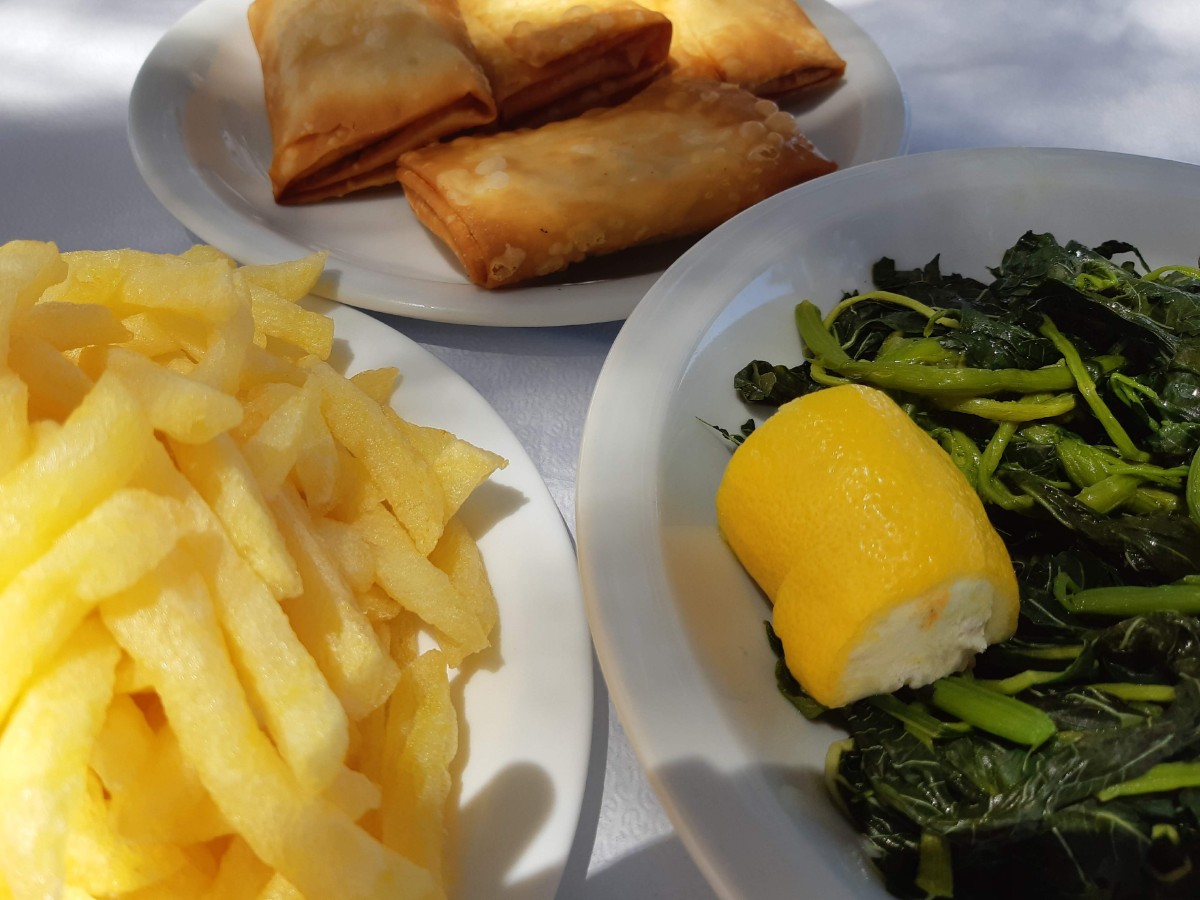 Greek boiled leafy greens come in a bowl, either plain or topped with good olive oil. If there is no olive oil in your bowl, make sure you add some.

Your waiter / waitress will also bring a lemon cut in half, so you can squeeze in as much as you want. You should only add lemon at the last minute, as otherwise your horta will be oxidized and will go dark in color. You can also add salt to taste.

Dishes that go well with horta are fish, grilled octopus and other seafood, meat, chicken, fava, and many other Greek dishes. And don’t forget to soak up the olive oil with the crusty bread on your table!

How to cook your own Horta

If you’re staying in Greece for a while, you can also cook horta at home. While some Greek recipes are rather complex, preparing these boiled wild greens is really simple.

The first thing you need to do, is to weed out (!) your greens. Remove any hard stalks, brown leaves, or other weeds that look different.

The next step is to wash them, in order to remove the excess dirt. Fill a clean sink with water and a little vinegar, throw the horta in, and leave them to soak for a few minutes. Then remove them, empty the sink and re-fill it with clean water.

Repeat the process at least 3-4 times, until no more dirt comes out. The water has to come out clear.

To cook your horta, bring a large pot of water to a boil. It will take several minutes to boil, which should give you time to give them a good wash! Throw your horta in the boiling water, reduce to a medium heat, and cook them until they become tender, but not mushy. 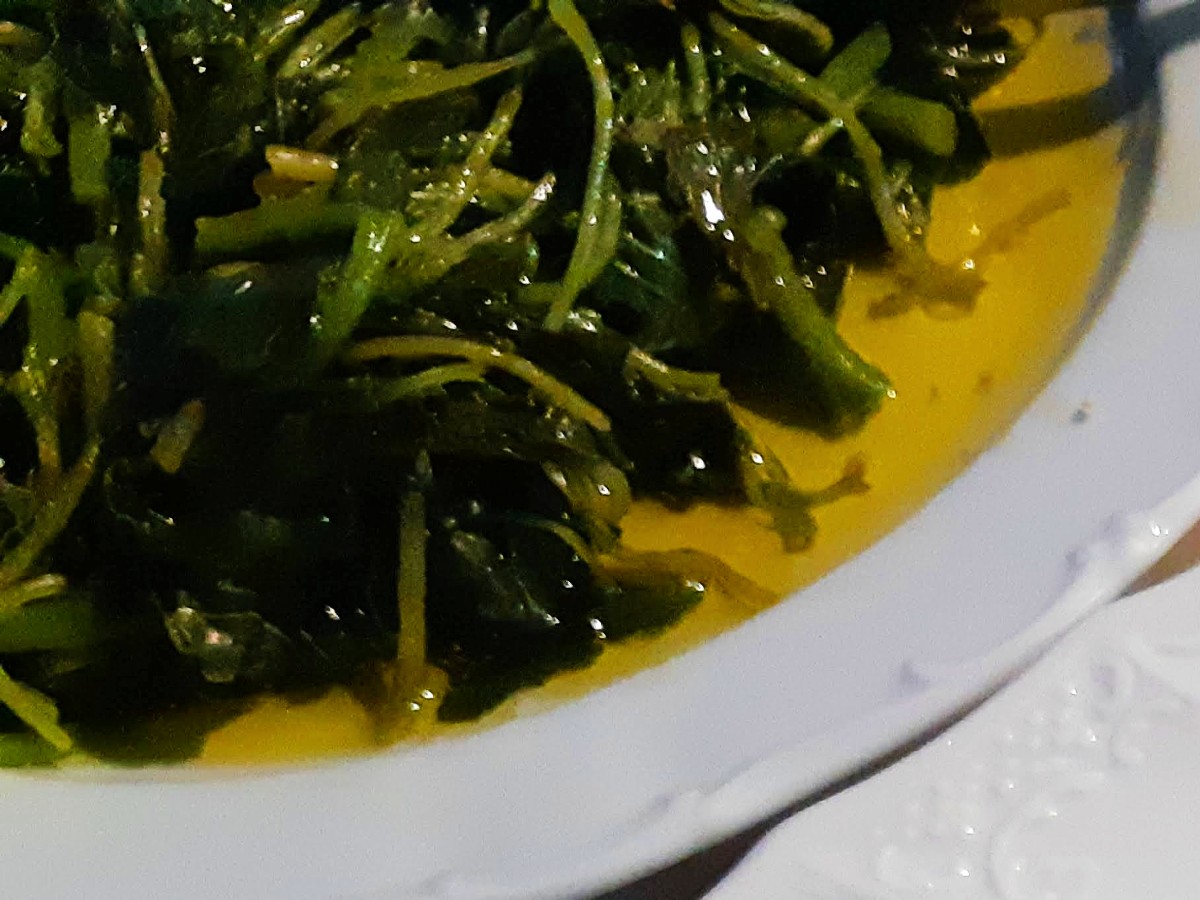 Once your greens are cooked, take them out of the hot water, as otherwise they will become too soft. In case you want to put some of them in the fridge, you can store them in the same water they boiled in.

Some people cook horta in salted water. I prefer to use unsalted water, and add any salt at the end, along with olive oil and lemon juice.

Where can you find Horta in Greece?

If you want to cook horta yourself, you’d have to get your hands on them first.

The best places to buy fresh horta in Athens are street markets, ot the Central food market in Athens. There will typically be several types of horta available, depending on the season.

You can also buy fresh horta at supermarkets or greengrocers. Nowadays, some types of horta are also available at the frozen food supermarket section, just like spinach. 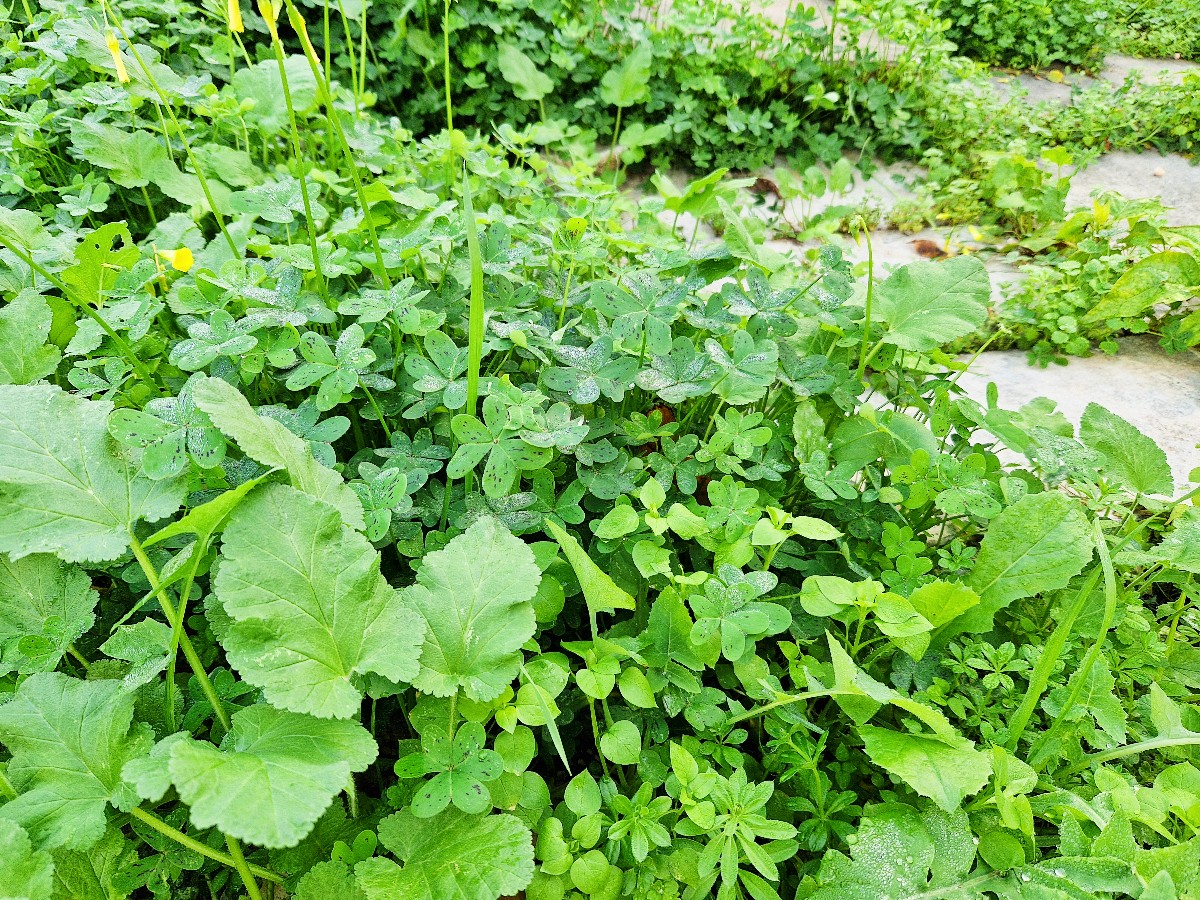 However, the traditional way to find horta, is to pick them yourself from the wild! Many locals, especially in rural areas and the Greek islands, go on horta picking excursions.

Like with mushrooms, not all wild greens are edible. So if you go out to collect some, you’d need to know what you are doing!

FAQ about Horta in Greece

Here are some FAQs about Greek Horta.

What does Horta mean in Greek?

What greens are eaten in Greece?

There are several types of Horta in Greece. Some of the most common ones are pigweed, dandelion greens, chard, chicory, sow thistle and common sorrel.

There are many different types of Horta, each with their own flavor. Some Horta are bitter, while others are sweet.

What is Horta good for?

Wild leafy greens are highly nutritious. They are rich in vitamins, minerals and antioxidants, and they contain very few calories coupled with a lot of fiber. Due to these properties, they’ve been used for millennia as a medicinal food.

What is Vlita in Greek?

Vlita is the Greek word for pigweed.

Here are a few more guides about Greek cuisine and culture: 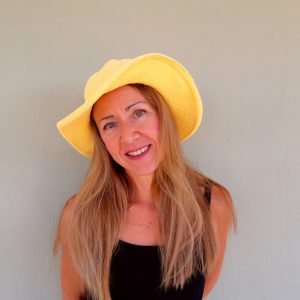 Hi! I’m Vanessa from Athens and I love Greek horta at any time of year. Grilled sardines and vlita are one of my favourite Greek meals in summer! Follow me on FB and Instagram for more info and photos about Greece. And if you want to learn a lot more about horta, have a look at this great book that you can easily get on Amazon! 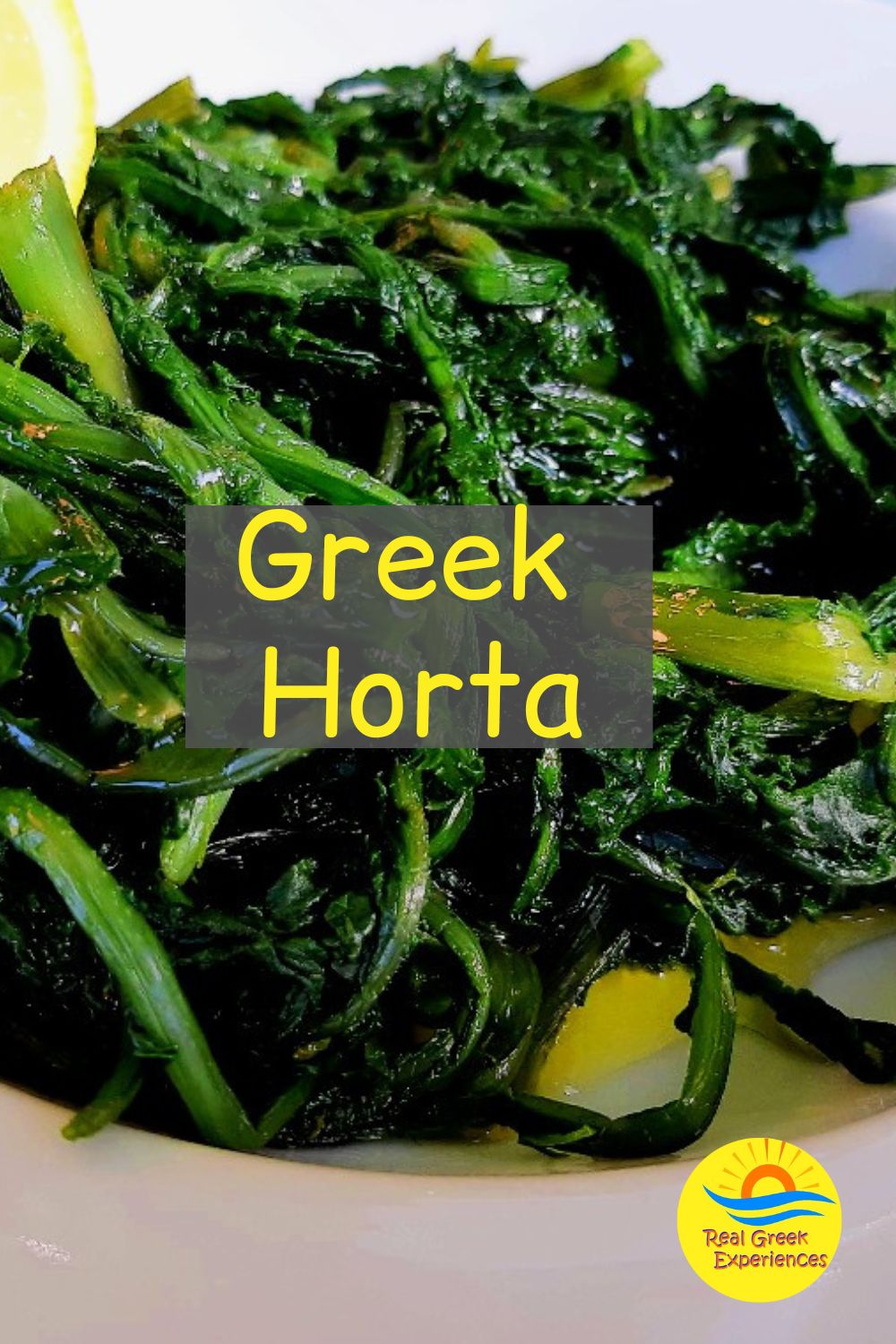