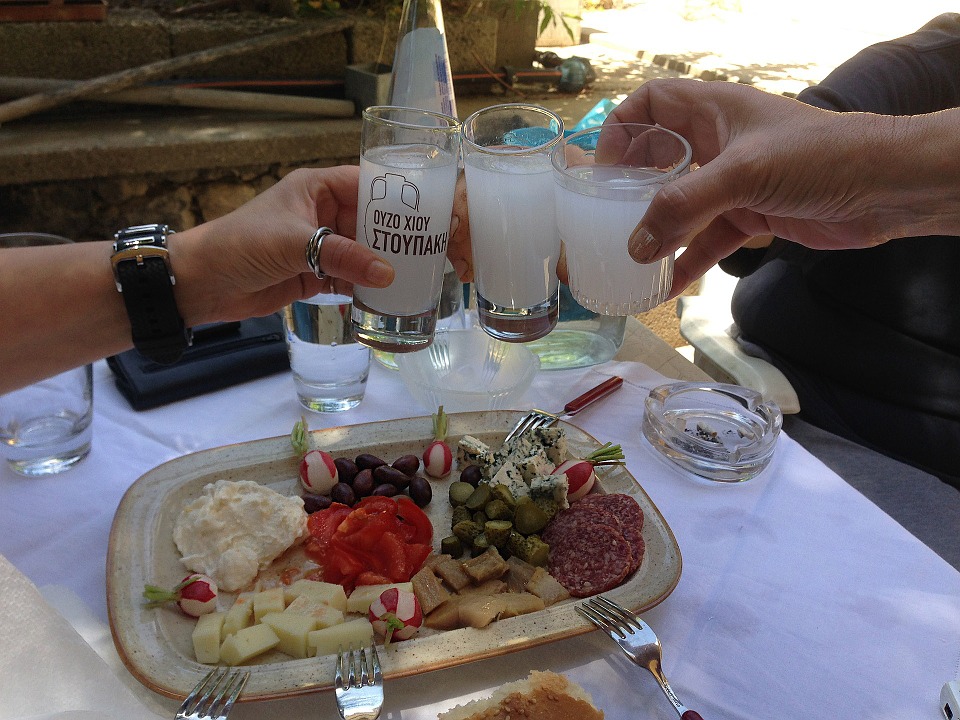 These ten things to know about Greece before you travel will be helpful if you are planning a trip to Greece. Greeks take them for granted, but you might be annoyed, puzzled, or even shocked!

Ten things you should know about Greece

Visiting Greece can be an interesting experience! Here’s a few things to know about Greece before visiting, which will help you make sense of it all.

1. DO – Forget about people smoking indoors

Until late 2019, smoking indoors was very common in Greece. Although the anti-smoking law came into effect in 2010, it had not been widely applied in bars, cafes and restaurants. This old sign below says that smoking is allowed! 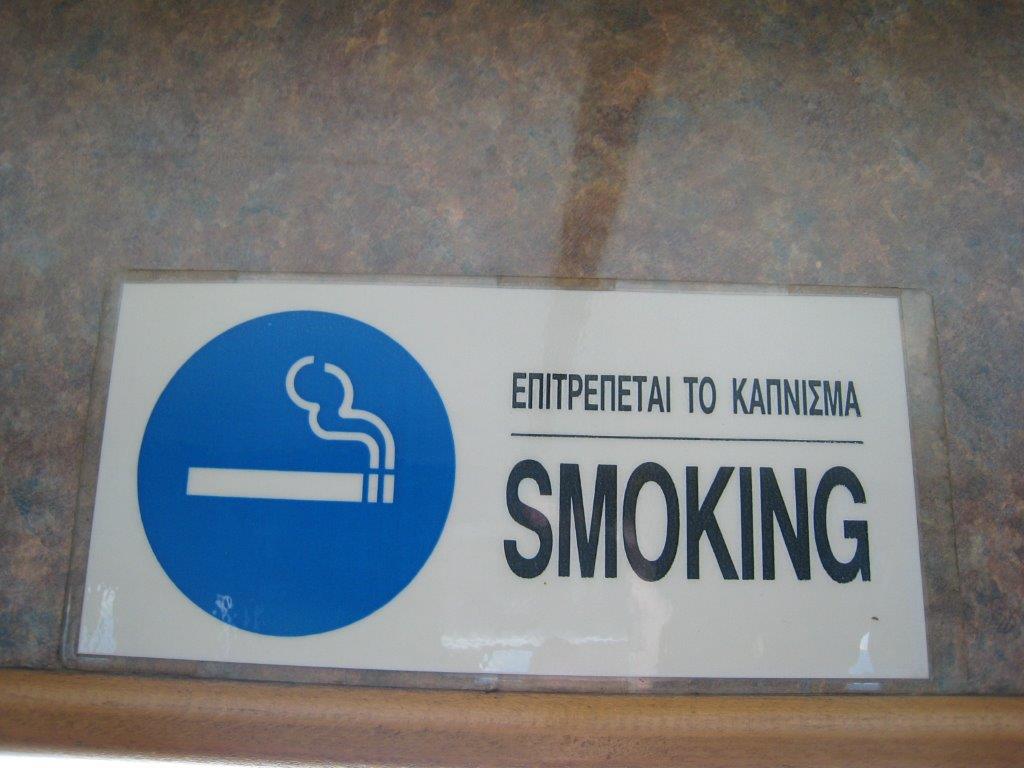 In late 2019, the anti-smoking law was enforced and taken seriously. I found it surprising, but in my personal view as a Greek who never smoked, it was about time.

That said, not everywhere you go will be entirely smoke-free. Smoking is allowed in designated open-air areas in coffee places and restaurants. It’s also allowed in outdoors spaces such as parks, beaches and outdoors cinemas, with very few exceptions.

In any case, if you are visiting Greece in summer, smoking shouldn’t be much of an issue. Just avoid sitting next to smokers, and enjoy the lovely weather.

2. DO NOT – Be discouraged by something that didn’t go to plan

A delayed ferry, a public transport strike, a waiter who forgot your order, a machine that won’t work with your credit cards. You might encounter one or more of these situations while visiting Greece – or anywhere for that matter. 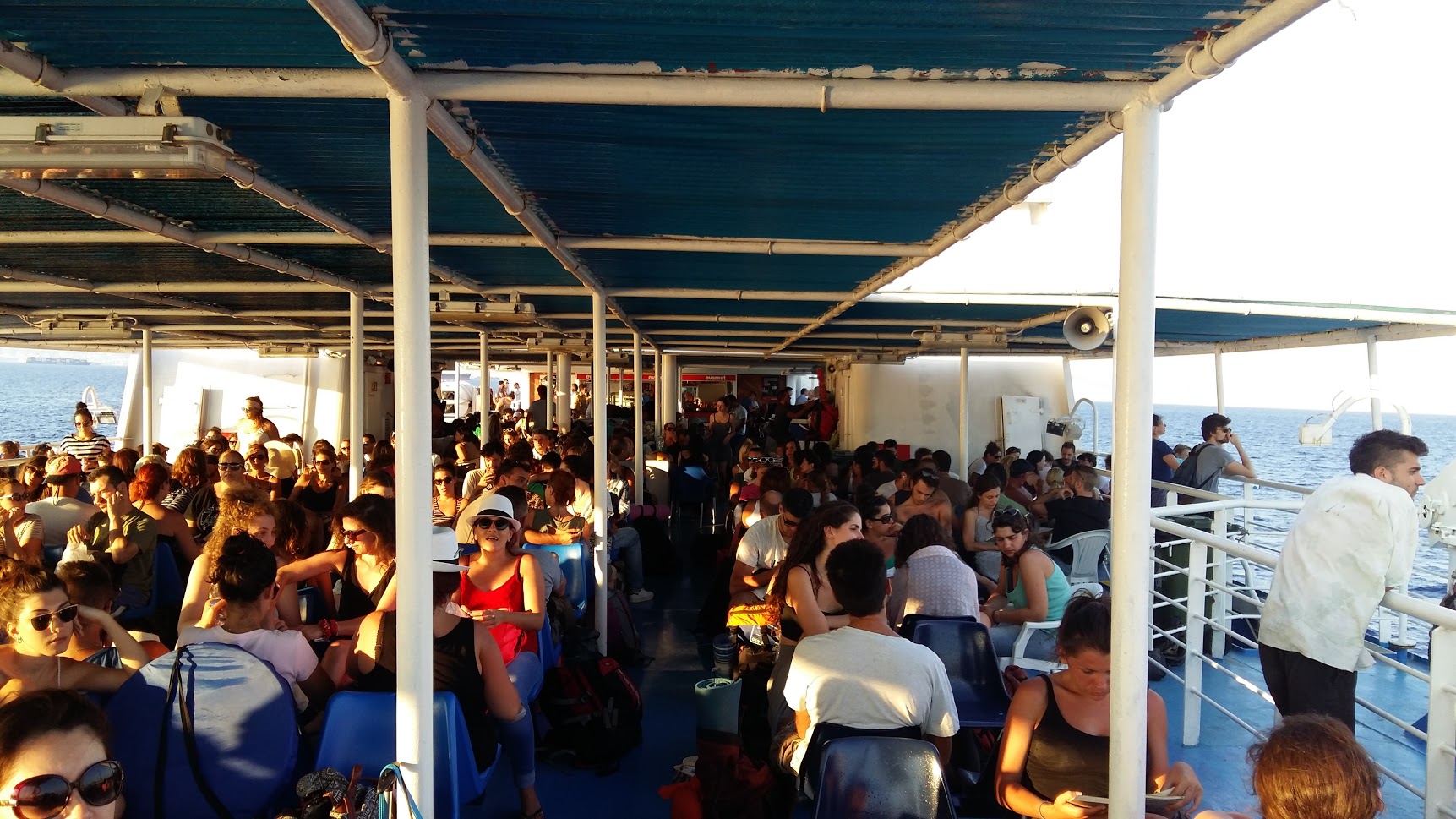 Unfortunately, Greeks have been stereotyped as being laid back and unorganized. As I’ve lived here for most of my life, I can assure you this is definitely not the case for everything.

Plus, our culture goes hand in hand with what we call siga-siga (slowly slowly). Believe it or not, this is something that many repeat visitors are actually after.

My best advice – if something unexpected occurs, don’t let it discourage you from enjoying your Greek vacation. It will all work out in the end! And do carry a little bit of cash with you , just in case.

3. DO – Check before you cross zebra crossings

One of the things you should know about Greece, is that pedestrians rank low on the food chain. If you assume that cars will stop for you to cross a zebra crossing, please think again!

Apart from the zebra crossings at the Athens airport and the city of Trikala, no other place in Greece that I know of follows this rule. If you do, please leave a comment below.

So, whenever you need to cross the street, please look carefully, and cross quickly. In fact, the same applies even if there is a green ‘man’ indicating you can cross. Perhaps even more so! Keep your wits about you, as it’s better to be safe than sorry!

4. DO NOT – Be surprised if cars are parked illegally

While in Greece, you will most likely spot illegally parked cars. You may see cars parked on the pavement, under a clear “No-parking” sign, or even on the street, blocking other parked cars. 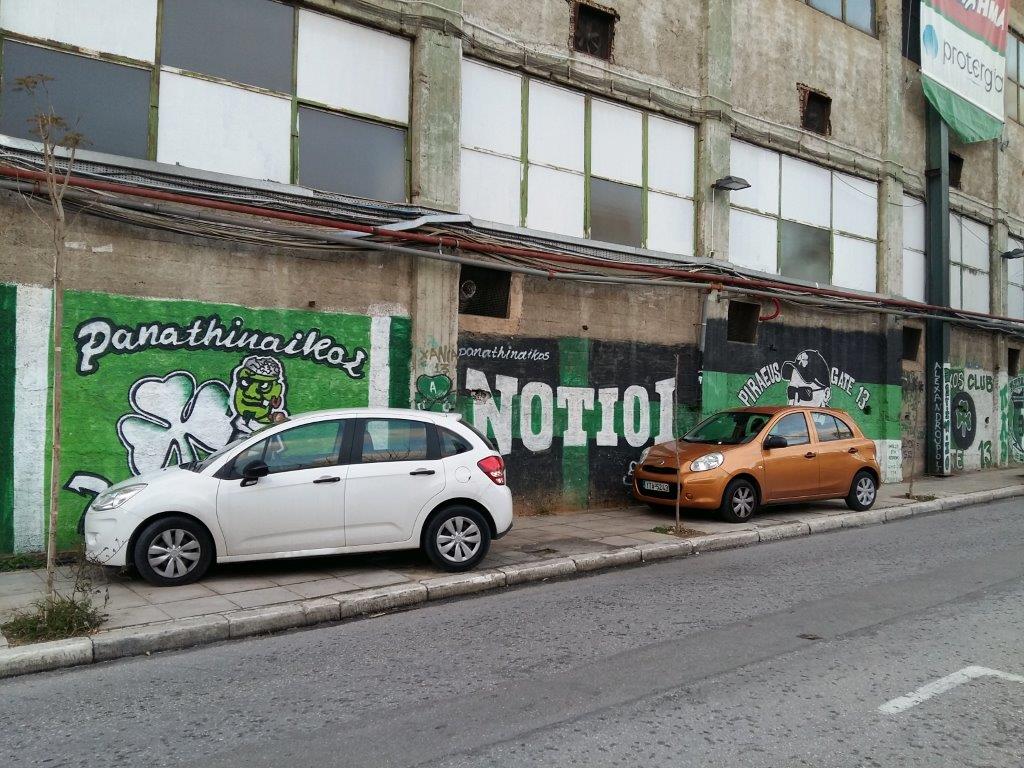 Of all the things you should know about Greece, this is the least likely to affect you. Unless you are actually driving in Greece, in which case it is worth keeping it in mind.

5. DO – Throw toilet paper in the toilet bin

You may have grown up in a country where toilet paper goes down the toilet. This is not always the case in Greece. The sewage system in the majority of Greek buildings is old, so you will need to put the toilet paper in the little bin next to the toilet. 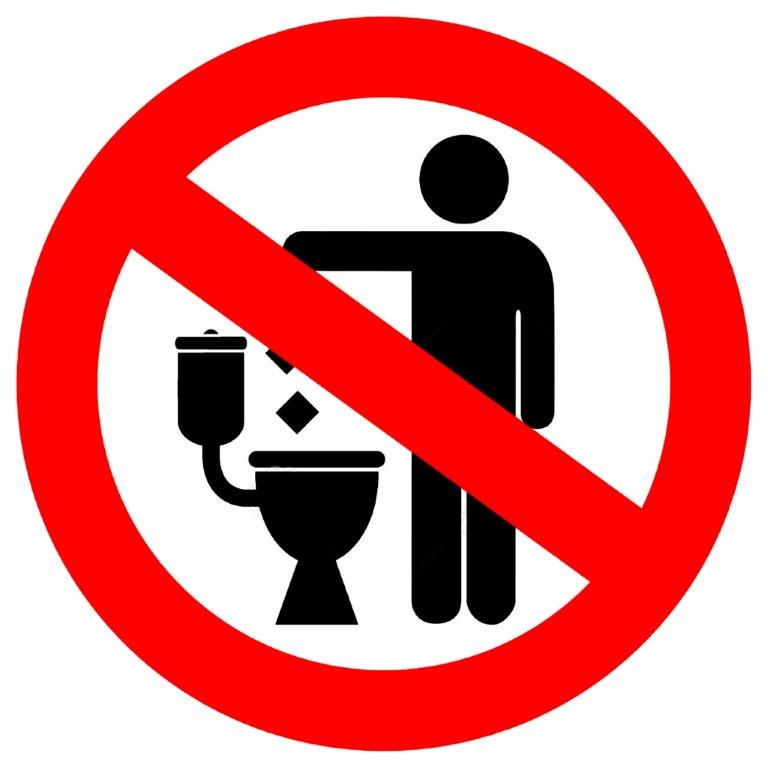 You can probably guess what will happen if you don’t, and trust me, you won’t like it!

Whereas this is not the case for all buildings and hotels, if in doubt, it’s always best to ask. Or just use the bin!

6. DO NOT – Assume that everyone is trying to cheat you

You may have been advised to bargain hard when buying Greek souvenirs, and have read that taxi drivers might try to charge you extra money. You may think that the waiter will knowingly add a few euros to your bill.

While I cannot promise that none of this will happen to you, I firmly believe that Greeks are generally honest people. So use some common sense, but don’t think that everyone is out there to get you, as you won’t enjoy your holiday.

I cannot stress enough the importance of enjoying an iced coffee in the sun! Take your pick from a cold frappe (instant coffee with ice cubes), a freddo espresso, a freddo cappuccino, or another fancier alternative.

With that said, Greek coffee culture is not really about the coffee per se. It’s about meeting a friend or two and going for a chat for a couple of hours. It’s an aspect of our siga-siga culture, which I invite you to embrace when you travel here.

During the crisis era which started in 2008, I met dozens of visitors who were surprised at the number of Greeks sitting in cafes. The truth is, staying at home wasn’t going to help get rid of the crisis. For most people, there was nothing wrong with meeting friends for a coffee. 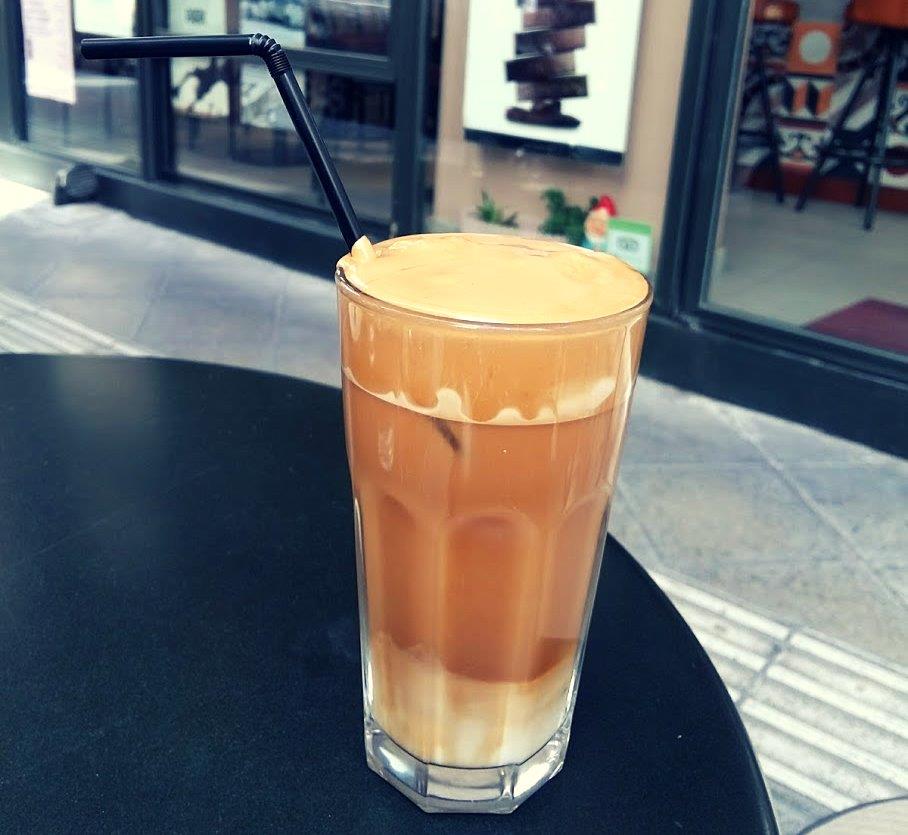 Even if the idea of a cold coffee doesn’t excite you, give it a go anyway. Or check out this long list of more Greek drinks!

Naturism started becoming popular in Greece in the late 1960s. After Greece joined the EU in 1981, thousands of visitors were happy to spend their summer holidays fully enjoying the Mediterranean sun.

Naturism and free camping on isolated beaches throughout the country became quite common. Although both are technically illegal, they are well tolerated in many areas.

They are even the done thing in designated beaches around the country. Going topless for women is also fairly common on non-naturist beaches. 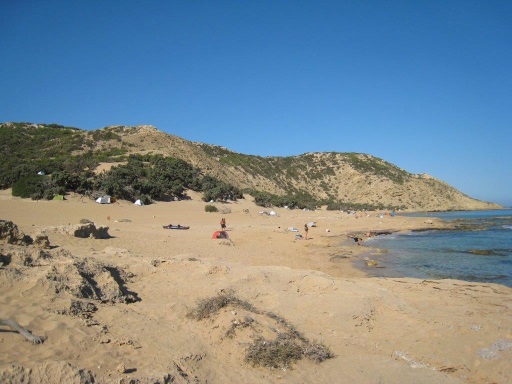 For obvious reasons, most of the naturist beaches in Greece are not easily accessible. Unless you go off the beaten track, you are unlikely to see something you didn’t mean to. But if you are in constant search of isolated bays, you will probably come across some people without their swimsuits.

If you decide to give it a go, make sure you don’t forget your sunscreen, and apply liberally. Check out this article on the best beaches in Greece.

“It’s all Greek to me” – you will say, and you will be absolutely right. Learning a few words in Greek, though, will earn you at least some smiles, and possibly some treats.

Among the things you should know about Greece, this might be the most beneficial. You can start with having a look at the Greek Alphabet. Chances are that you have seen some of our squiggly letters before, especially if you have studied Maths.

For more inspiration, have a look at these two guides:

10. DO NOT – Expect to see tons of ancient buildings in Athens 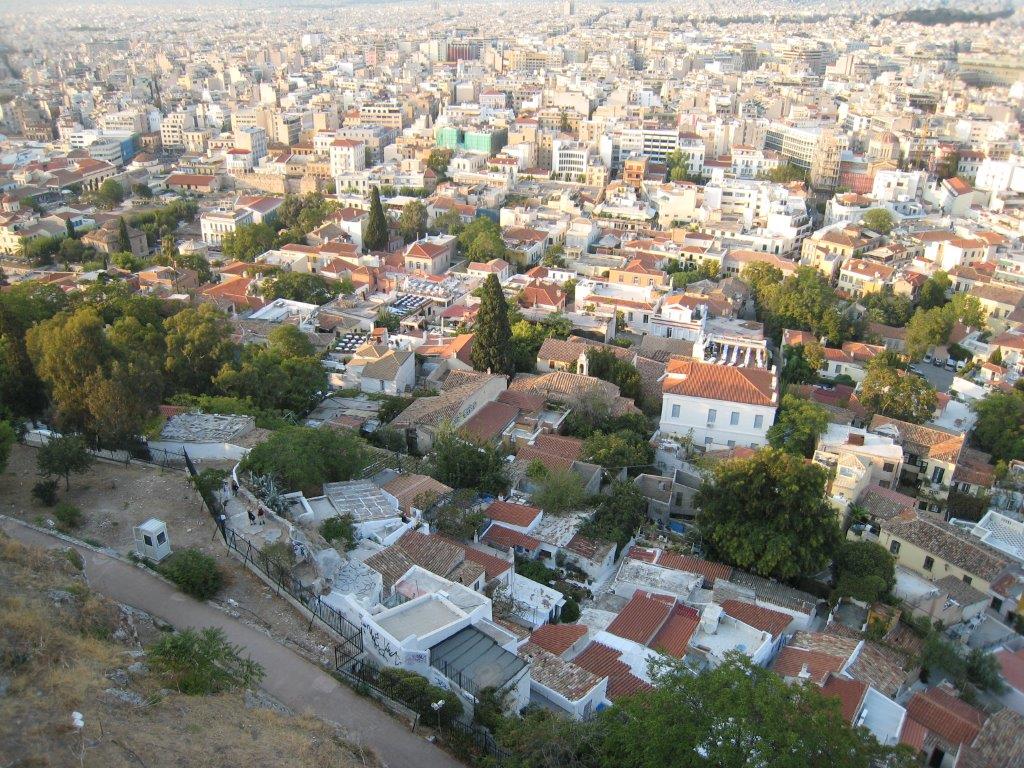 Athens is famous for the ancient Greek and Roman buildings, but this is not all. As you walk around, you will also see lots of Byzantine churches and a few neoclassical buildings.

However, the vast majority of buildings in Athens are modern blocks of flats, many of which might seem rather unappealing at first. This rather unique combination makes Athens what it is today!

Now – if you thought that Athens has no green spaces, it’s not true. Filopappou and Muses hills, all the areas around the Ancient Agora, Lycabettus hill and the National Gardens are just a few of our green spaces. The more you walk, the more you will discover!

BONUS: DO – Experiment with Greek food

Souvlaki, moussaka, feta cheese, tzatziki, baklava, Greek salad. Is that all? No way! The Greek cuisine is one of the most varied in Europe, if not the world. (OK, perhaps I’m biased, but it’s true!)

Have a look at this article about Greek food. There are sooo many Greek dishes that are worth tasting! This guide introduces you to 50 popular Greek dishes. 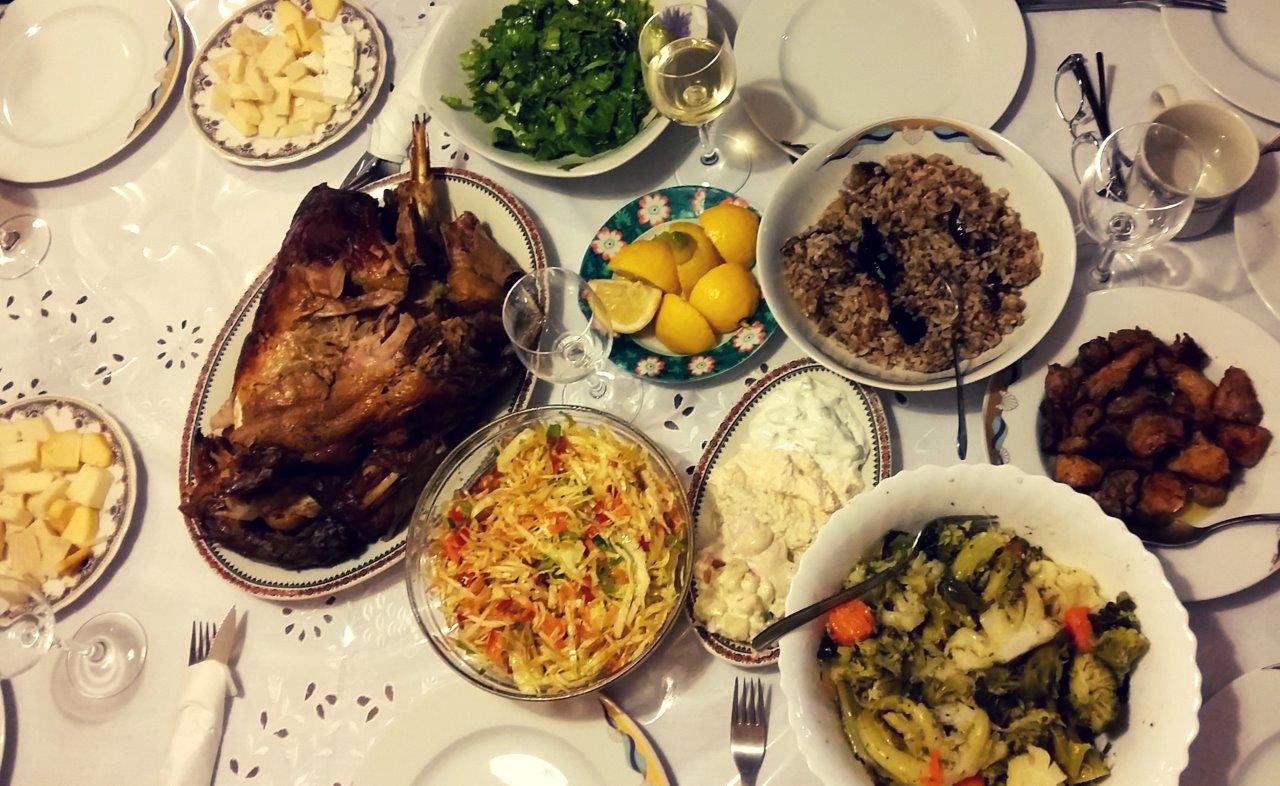 My advice: be bold, experiment, and order dishes which you haven’t heard of. Chances are, you won’t regret it! Even better, you can choose to take a food tour in Athens, where you will be introduced to our dishes and food culture.

Is that everything you need to know about Greece? Hardly! You’ll have to come to Greece and experience it for yourself!

What are 5 interesting facts about Greece?

Here are a few interesting facts about Greece: (a) Greece has over 6,000 beautiful islands (b) Greece has one of the longest coastlines in Europe (c) Greece has a history of several thousands of years (d) Millions of Americans and European tourists visit Greece every year (e) Eating and drinking is a huge part of the Greek culture.

What is Greece best known for?

Greece is best known as the birthplace of democracy and Western civilization, but also as a country with fantastic beaches and delicious food. In addition, Greek people are known to be super friendly and hospitable.

What do I need to know before traveling to Greece?

If you are planning to visit Greece, make sure you do some research on weather. While the best time to go is considered to be the summer, July and August are very hot. You can consider traveling to Greece in the beginning or end of the tourist season – May, June or September.

What should I know when visiting Greece?

If you are planning to explore many different places in Greece, you should know that getting from one to another isn’t always straightforward. One of the best tips is to stick to just a few regions, depending on the amount of time you have.

What’s unique about Greece and the Greek islands?

Although it is a small country, Greece has one of the longest coastlines in Europe! Popular destinations include the region called Peloponnese, in mainland Greece, and the islands of Santorini, Mykonos and Crete.

If you liked this article, here are a couple more posts about Greece and Greek culture that you might enjoy:

Hi, I’m Vanessa from Athens! I love helping people discover more about my country. I’m a social researcher / statistician by profession, and a bit of a geek when it comes to Greek trivia, customs and culture. I like to call it “ethnographical research”! If you can think of any other things you should know about Greece before you visit, please leave a comment below, as it will help other people! 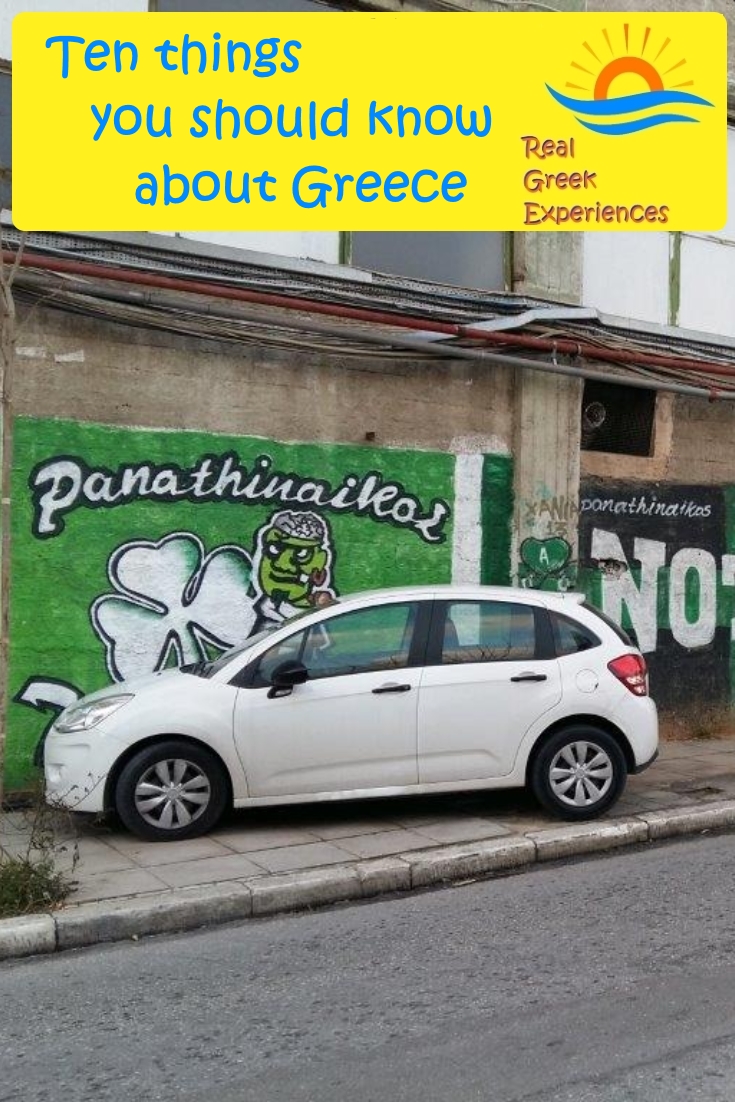