The ancient theatre of Epidaurus is a popular day trip from Athens. Here is some information about this spectacular UNESCO site.

Where is the theatre of Ancient Epidaurus in Greece

If you type in “Epidaurus” in Google Maps, you will be directed to an area in the Peloponnese. This is not exactly helpful, so let’s set things straight!

This is quite a mouthful, so try typing “Epidavros”, which is the Greek word for Epidaurus. Bingo – this points you directly to the ancient site that you are looking for.

You will notice that there is a lot more than just the theatre in the area. Correct! This is a much greater archaeological complex, with several other places of interest. For example, you can see the “temple of Asklepios at Epidaurus” and the “Stadium of the Asclepieion of Epidaurus”. More on these below!

Further to the east of the ancient complex, you will see two towns called “Nea Epidavros” and “Palaia Epidavros”. The latter is a small coastal settlement, ideal for those who want to spend a few days in the area. Both these towns are located in the area called “Epidaurus”. Confusingly, Google Maps indicates that the site of the ancient theatre is just outside the area!

The region of Epidaurus is 160 kms away from Athens, and you can comfortably drive there in about two hours. If you have limited time, it’s possible to visit the site on a day trip from Athens. In our opinion, however, it’s best to spend a few days in the Peloponnese. Alternatively, you can at least combine it with a couple more attractions, such as Mycenae or Ancient Olympia.

Why was Epidaurus in Ancient Greece so important?

Most visitors know Ancient Epidaurus for its superb theatre with the incredible acoustics. However, few people realize that the site was a lot more than this.

The famous ancient Greek geographer Pausanias describes the site in detail. The theatre was built around 340 – 330 BC to host musical and theatrical shows. These would be performed to honour the god of medicine and healing, Asklepios or Asclepius. But what’s the connection between a theatre and the god of medicine?

To answer this question, we need to go back in time. A few decades before the theatre was constructed, the site was already an Asklepieion, a sanctuary of Asklepios. A grand temple dedicated to the god had been built around 380 – 370 BC.

However, Asklepios wasn’t the first god worshipped in this area. His cult followed that of his father, Apollo Maleatas, who was known to cure the diseased since around 1000 BC. In turn, Apollo Maleatas had replaced the earlier deity of Malos / Maleatas, worshipped during the Mycenean era. This is undoubtedly related to the presence of therapeutic springs in the area.

Gradually, the healing powers of Asklepios became more and more famous. Other buildings and monuments were built over the next few years, to accommodate the growing numbers of visitors.

The ancient complex became the equivalent of a modern hospital, or a healing / wellness centre if you prefer. Patients and pilgrims travelled from far and wide to be treated. The sanctuary of Asklepios in Epidaurus became the most important therapeutic establishment in Ancient Greece.

The Ancient Theatre of Epidaurus

For most visitors, the main attraction in the archaeological site is the ancient theatre of Epidaurus. This is understandable, as the acoustics are simply incredible.

As for its location, the word “impressive” is really an understatement. The theatre is surrounded by the typical Peloponnesian landscape, and the area is surprisingly calm if you visit off-season.

As mentioned earlier, the theatre of Epidaurus was built during the Hellenistic times, in 340 – 330 BC. The main materials used were limestone and poros.

Originally, its capacity was around 8,000 people, but it increased in the 2nd century BC. It is estimated that it could fit audiences of 13,000-14,000 people. Surprisingly, it wasn’t modified during the Roman era, unlike many other Greek theatres.

The theatre was divided into a lower and an upper tier. In order for the audience to move around, several corridors separated the rows of seats into smaller sections.

The theatre’s design, which was unique in Greece, aimed to enhance the viewing experience. As for its world-famous acoustics, they still impress visitors in this day and age.

Excavation works in the ancient theatre of Epidaurus began in 1881. Extensive restoration works have been performed, and the theatre is almost fully recovered. Since 1954, it has been used for various open-air performances.

The sanctuary of Asklepios in Ancient Epidaurus

Many visitors are overwhelmed by the theatre, and tend to quickly run through the rest of the archaeological complex. If you are planning to visit, make sure you set some time aside to explore it properly. The whole area is fascinating, and shows how advanced the Ancient Greeks were.

We should note that the Asklepieion in Epidaurus was not the only one in Greece. Several sanctuaries of Asklepios existed in different areas, operating as healing institutions in a similar manner. In some regions, it was believed that Asklepios could even bring people back from the Underworld.

We already mentioned the temple of Asklepios, where the God of Medicine was worshipped. The temple was made out of limestone, and a gold-and-ivory chryselephantine statue of Asklepios was placed inside.

If this rings a bell, you are right – several gods had similar statues made in their honour. For example, the grand statue of Zeus in Ancient Olympia was one of the seven wonders of the world. The temple of Asklepios was probably destroyed in the 5th century AD, and only a few ruins are visible today.

Alongside the temple and the theatre, the complex included a stadium, where athletic games were held to honour Asklepios. Seats made out of clay, stones and limestone have been discovered.

Apart from sporting competitions, other events were held in the stadium. Just like the ancient Great Panathenaia in Athens, the Great Asklepieia included athletic competition, music, drama and rhapsody contests.

Aside from honouring the popular god of medicine, the theatrical performances served another purpose. Interestingly, the ancient Greeks believed that artistic performances could improve the physical and psychological health of patients. Maybe drama and art therapy aren’t as new as we thought!

A number of other buildings existed in the area, to facilitate the treatment and accommodation of patients and their escorts.

The Tholos, also known as Thymele, was a perfectly designed circular building, crucial to the cult of Asklepios. The construction hosted the god’s underground residence, where he was believed to heal the diseased. Marble, poros and wood were used for its construction, and it was lavishly decorated with sculptures and paintings.

Another important building was the Stoa of the Abaton, also known as the Enkoimeterion, where patients were brought for therapy. After being purified with holy water, they were led to an area where they would be able to sleep.

Asklepios would visit them in their dreams, often providing a remedy for their ailments. When a solution wasn’t possible through dreaming, patients had to further consult the priests of Asklepios.

The biggest construction in the Asklepieion was a large guesthouse with 160 rooms, known as the Katagogio. This is where all visitors, pilgrims, patients and their escorts were hosted. It was built around the end of the 4th century BC and was reconstructed during the Roman Era.

Another building found nearby was originally believed to be a gymnasium. Recent research shows that it was a banqueting hall, where ceremonial meals were served in the presence of Asklepios. The nearby odeon was constructed during the Roman Era and was used for performances.

Several other buildings, sanctuaries and statues existed in the area. Apart from Apollo’s temple, there was also one dedicated to the goddess Artemis. There were the magnificent Propylaia, the baths, the priest’s residences etc.

In line with other ancient complexes, Ancient Epidaurus was abandoned after 426 AD, when Theodosius II banned the non-Christian cults. It was rediscovered and first excavated towards the late 18th century.

The museum in Ancient Epidaurus

If you have been to other museums in Athens or Greece, you may find the museum of Ancient Epidaurus a little old-fashioned. You are right, as the museum was built in the beginning of the 20th century.

It seems that no particular effort has been made to bring it up to modern standards. This doesn’t mean, however, that the museum is uninteresting – quite the contrary.

The exhibits in the museum range from the Archaic period to the Roman era. Visitors can see various ancient medicinal tools such as scalpels, proving the advanced medical knowledge of the Ancient Greeks. There are also statues, sculptures, figurines and ruins of several buildings.

What I found extremely interesting were the ancient inscriptions, indicating the healing powers of Asklepios. Additionally, you can learn more about therapeutical practices, remedies and popular diets of the time. 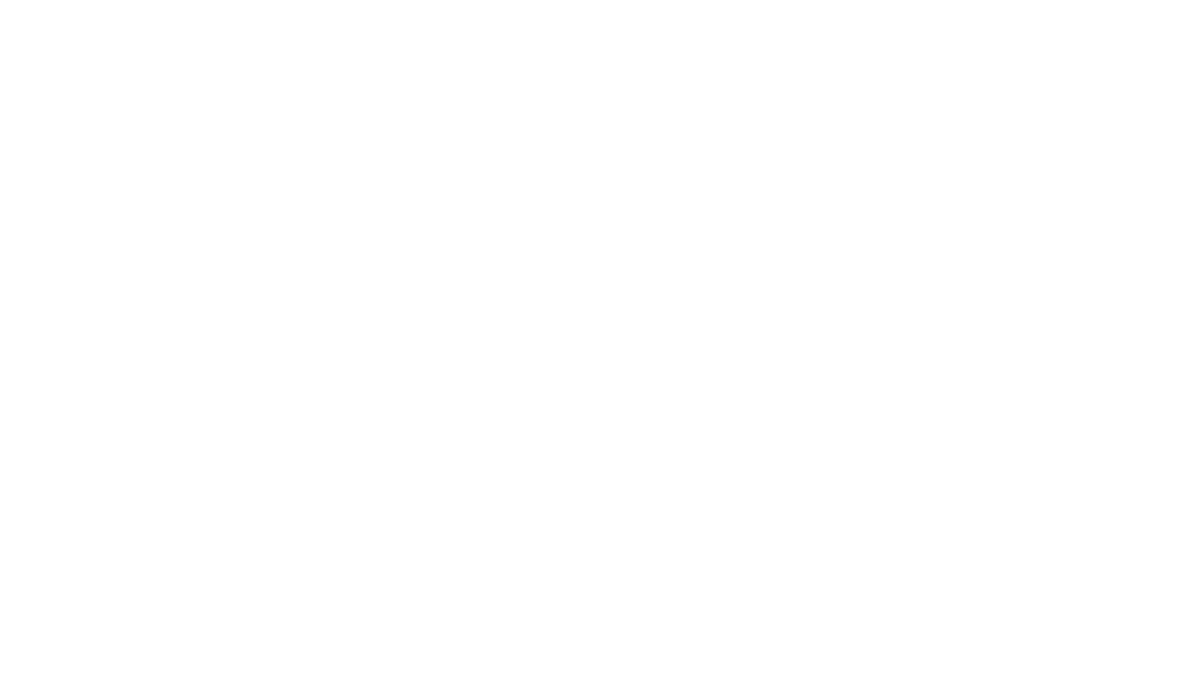 For example, to eliminate digestive issues, a diet of cheese, bread, milk, honey and celery was recommended, alongside moderate exercise. Who would have thought!

Performances in the Ancient theatre of Epidaurus

As mentioned above, the Ancient theatre of Epidaurus has been hosting performances since the mid-1950s. Hundreds of famous Greek and international actors have performed here over the years.

Performances are held during Greece’s biggest cultural festival, the Athens and Epidaurus Festival. The Festival is hosted in several venues, including the Ancient Theatre of Epidaurus.

The site comes alive on summer weekends, when thousands of people arrive to witness an unforgettable experience. Performances usually come with English surtitles.

If you are visiting Greece in summer, you should aim to see a performance here. Check out the Greek Festival’s official website for more information.

You may not be head over toes over a specific performance. Our advice is to not worry too much about the performance itself. It’s absolutely worth experiencing the Ancient Theatre of Epidaurus at night – trust me on that!

Note that there are also performances in the nearby Little Theatre of Ancient Epidaurus. This is a completely different theatre, located to the south-east of Palaia Epidavros.

You can easily visit the site on your own. If you are happy to drive around Greece, the best option may be to rent a car. Alternatively, there are a few buses per day from Athens, Nafplion and other places in the Peloponnese. Have a look at the official KTEL Argolida bus website for options.

The site closes at 20.00 in summer, and at 17.00 in winter (November – March). If you are visiting during the shoulder season, check out the exact closing time on the official website. Summer performances in the theatre typically start at 21.00.

In terms of where to stay in Epidaurus, I have stayed in both Palaia Epidavros and Tolo. They are both lovely for a night or a few days. Tolo tends to get busy in summer, as it’s right on the coast and a short drive from Nafplion. If you are planning to visit on a summer weekend, plan your accommodation in advance.

Have you been to the Ancient Theatre in Epidaurus?

Have you been to this impressive site? Were you aware of Asklepios and his cult? Let me know in the comments!

Since you are here, you will probably enjoy my article about Ancient theatres in Greece! And here are some of the best Greek mythology movies!

Here is a short bio! I am Vanessa from Athens, and I really enjoy helping visitors find out more about Greece. In the last few years, I’ve become really interested in our ancient civilization and history. I was absolutely fascinated with the story behind Ancient Epidaurus and the Asklepieion, and I hope you will be too!