The UNESCO site of Mycenae is one of the most important archaeological sites in Greece. Here’s some information about this popular attraction.

The ancient site of Mycenae is located in the Peloponnese, about 100 kms away from Athens. It takes under 2 hours to get there by car, a bit longer by public transportation.

If you look on google maps, you will notice a place with the name “Mykines”, the Greek word for “Mycenae”. I wonder how “Mykines” was transformed into “Mycenae” in the first place!

Confusingly, there is another archaeological site further south in the Peloponnese, called “Ancient Messene”. Depending on how you pronounce “Mycenae”, the words might sound pretty similar. If you are travelling independently, it might be best to stick to “Mykines” if you are talking to Greek people.

And now that the name issue is clarified, let’s find out more about this ancient site.

Why was Mycenae so important? 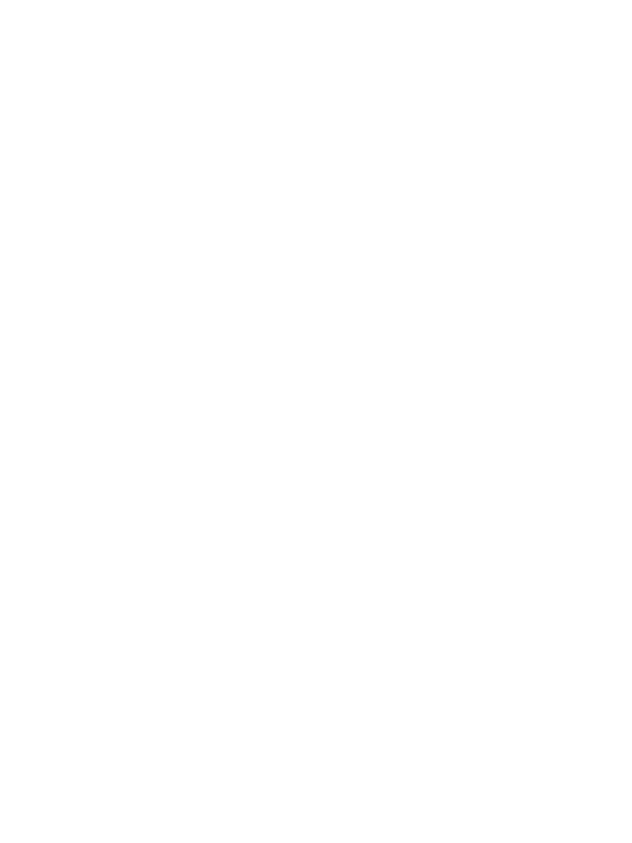 Starting from Mycenae, the new civilization spread out to many regions of modern Greece. The seafaring Mycenaeans reached Attica, Boeotia, Evia, and the Aegean islands, including Crete. They were in close contact with the Minoan civilization, and eventually took over when the latter collapsed.

Since trade was vital for their economy, the Mycenaeans expanded to North Greece, Asia Minor, the East Mediterranean and Cyprus. Based on artworks found in other countries, it is believed that they travelled as far as today’s Syria and Spain. Artefacts have also been discovered in other European countries including Germany, Great Britain and even Georgia.

Archaeologists have excavated numerous Mycenaean palaces and other constructions in several areas in Greece. The most famous ones are Ancient Mycenae, Ancient Tiryns, Thebes and the palace of Nestor in Pylos. The latter is the best preserved Mycenaean site. Over 100 Mycenaean towns have been discovered, though the exact relationship between them is not entirely clear.

A little about the Mycenaean civilization

A firm hierarchy was in place in the Mycenaean cities. The king (wanax) was the supreme leader. There were also priests, military officials, technicians such as sculptors, metal workers and weavers, free men and slaves.

The Mycenaean towns were built on well-protected high points, to facilitate supervision of the surrounding areas. In most cases, the palaces were surrounded by thick Cyclopean walls. People ranking high in the hierarchy lived inside the walls. On the contrary, the majority of people belonging to the lower classes lived outside the walls.

The Mycenaean tholos tombs are very characteristic of the era. They were large burial chambers, reserved for kings and other important people. The deceased were buried along with numerous precious artefacts, such as golden masks, jewellery and ceremonial weapons. The objects that have been discovered in royal tombs are very sophisticated.

The Mycenaeans used a script called Linear B, which was a combination of symbols. This script, which is a primal form of the Greek language, was deciphered in 1953.

Several tablets with this script have been discovered, containing invaluable information on the Mycenaeans’ administrative affairs. To the delight of archaeologists, they kept accurate accounts of people, names, and professions, similarly to a modern census. There is also information on commerce, transportation and storage of goods.

In terms of religion, the Mycenaeans worshipped many of the Olympic gods. Cults of the 12 Olympians apart from Apollo have been identified in the Mycenaean era. Animal sacrifice and communal feasting were common practices.

The Ancient Kingdom of Mycenae

Like mentioned earlier, the Ancient Kingdom of Mycenae was the place where the Mycenaean civilization started from.

The acropolis of Mycenae was built on a rocky outcrop in the Argolida area. This spot was chosen as it offered natural shelter from any invasions. Anyone who tried to attack the citadel would be totally exposed.

Thick fortified walls were built around the acropolis for extra protection. They are called Cyclopean, and rightly so. Who else could have constructed 12-metre tall and 5,5 metre thick walls but the mighty one-eyed Cyclops?

The main gate to the Acropolis, the Lion’s Gate, was built in 1250 BC, and it has stood the test of time and natural disasters.

Behind the walls, there were several buildings, where the upper and middle-class people of the time lived. The king’s palace was located on the highest point of the acropolis. There was also a cluster of tholos tombs, that were the last residence of important people.

As for the palace itself, it was extremely luxurious. There was a main room, where the king accepted visitors, and all meetings and ceremonies took place. The interior of the palace was colourful and decorated with elaborate frescoes.

The famous Kings of Mycenae and the Trojan Wars

The founder and first king of the Kingdom of Mycenae was the legendary Perseus. He was the son of the almighty Zeus and a mortal woman, Danae. Her father was Acrisius, an early King of Argos.

A later king of Mycenae was the son of Pelops, Atreus. You may recognize the name Pelops as the founder of the Ancient Olympic Games, according to one version. Agamemnon and Menelaos, the famous kings who took part in the Trojan War, were the sons of Atreus.

The Trojan War started after a Trojan prince, Paris, abducted Helen, the wife of Menelaos. Helen of Troy is known in Greek as “Orea Eleni” – Beautiful Helen. Allegedly, she was the most beautiful woman in the world. Whether this was an actual abduction, or if Helen followed Paris willingly, is uncertain.

It is estimated that the Trojan war happened around 1,200 BC and it lasted for about 10 years. This may have been the first and the last time that all Mycenaean Kingdoms were united for a joint expedition. In reality, the causes for this major warfare between the Mycenaean Greeks and the Trojans were mostly financial. The abduction of the world’s most beautiful woman was only a pretext.

The famous warfare inspired Homer’s famous poem, the Iliad. It was also the subject of numerous other tragedies and plays in Classical and Roman Greece, and later on.

It’s not like there was peace in the rest of the world though. Quite the contrary – those were fairly turbulent times. The Egyptians, the Hittites, the mysterious so-called Sea Peoples and many others were involved in wars. As a result, trade in the wider area diminished. Along with new tribes arriving from the north, this partly explains the eventual decline of the Mycenaean civilization.

What is there to see in Mycenae

So what’s left of the ancient civilization in the archaeological site of Mycenae? In fact, considering how ancient the site is, there is a lot to see. Even though the site was abandoned for centuries after the decline of the Mycenaeans, many of the ancient monuments remain. That said, the site has suffered many destructions and looting.

The monuments we can see today were mostly constructed at the peak of the Mycenaean Kingdom, around 1350 – 1200 BC. Large parts of the Cyclopean Walls along with the Lion Gate, are still standing tall.

Remains of buildings and warehouses exist both inside and outside the walls. Additionally, the site’s ancient cistern can also be seen. This system guaranteed that water would be available in times of siege.

The large tholos tombs, the Treasure of Atreus or Agamemnon’s Tomb, is the most impressive tomb in Mycenae. The main construction has been miraculously preserved over the millennia. Parts of its decoration have been removed and can be found in museums all over Europe.

Several people have worked on excavations in Ancient Mycenae, including the amateur archaeologist Heinrich Schliemann, who also discovered ancient Troy.

It can take you anywhere from 2 to 4 hours to explore the site. Take your time to walk up and down the hill, and make sure you visit the museum. If you are going in summer, try to avoid the hottest hours of the day for the site, and bring lots of water! Note that the only toilets are located inside the museum.

How to get to Mycenae

As Mycenae is reasonably close to Athens, it’s a popular day trip. In fact, it’s often included in guided tours along with the ancient theatre of Epidaurus and Nafplion town. This is a good idea for people who want to see as much as they can. Note that it’s a long day, and you will learn a lot of our ancient history!

If you want to visit these three places on your own, it is possible to do it either by bus or rented car. On the first day you can visit Mycenae, then head to Nafplio, spend the night, and visit Epidaurus on your way back.

For people who don’t want to drive, there are several buses per day, departing from Kifissos bus station in Athens. A one way ticket to Ficthi village, close to Mycenae, costs 11.80 euro. Nafplio and Epidaurus are also easy to reach by buses. Check out the official KTEL Argolidas bus website for routes and more information. Note that the website uses the Greek names, i.e. Mikines rather than Mycenae and Athina instead of Athens.

That said, my suggestion is to spend more days in the Peloponnese. I have toured the Peloponnese quite a few times, and there’s always something new to discover!

Ancient Mycenae – Have you been?

Have you been to Ancient Mycenae? Were you impressed by how advanced this ancient civilization was? Let me know in the comments!

Interested in finding out more about ancient sites in Greece? These other travel blog posts may be of interest:

Finally, check out my article on the best Greek mythology movies!

Hi! I am Vanessa, a travel writer from Athens. In recent years, I’ve had the chance to explore many archaeological sites in Greece. I hope this article on Ancient Mycenae has helped you find out a little more about this fascinating ancient site! For any questions, feel free to comment below. Alternatively, get in touch on the Real Greek Experiences FB page and FB group.