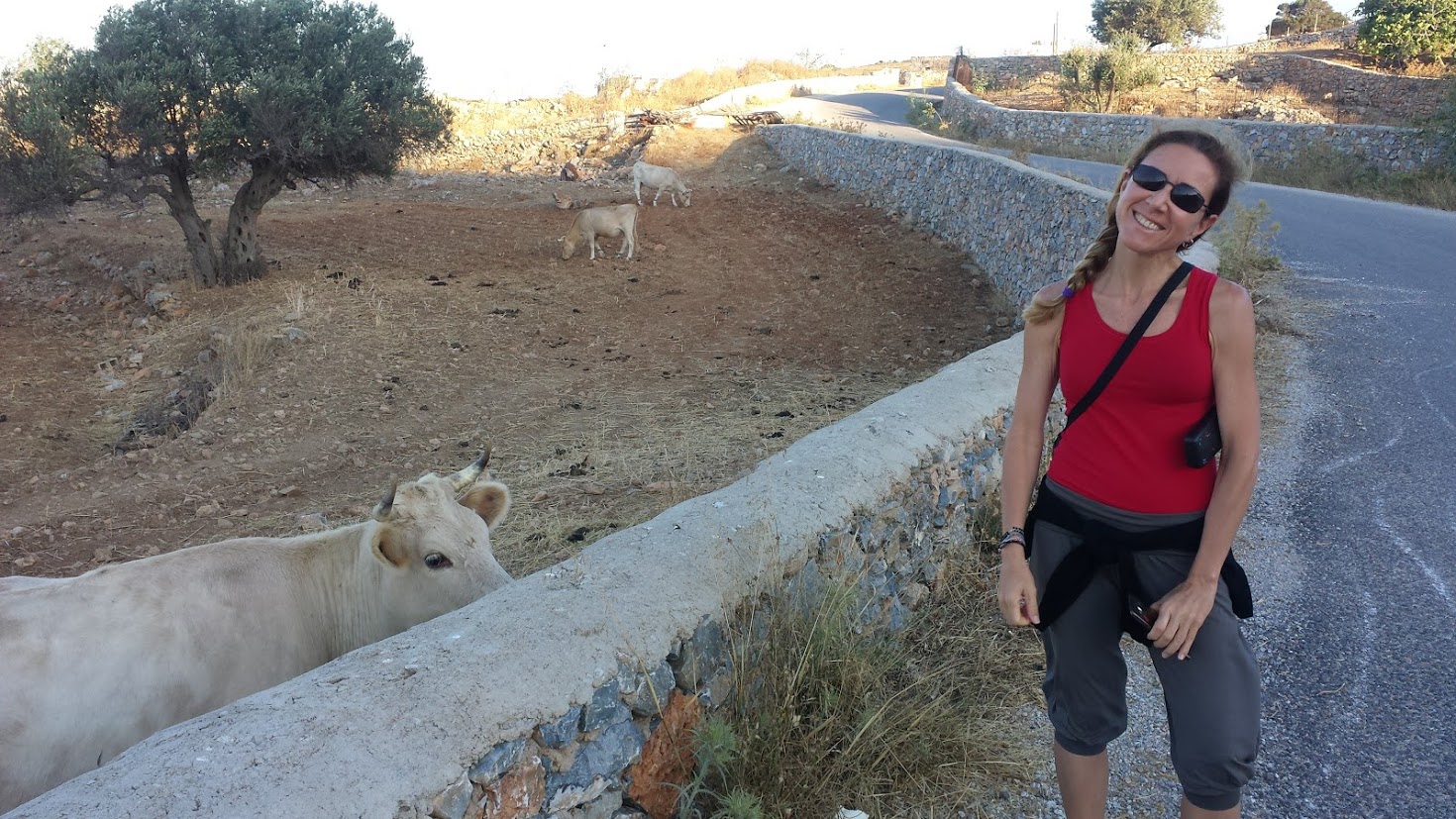 Schinoussa island in the Cyclades

Hello! I’m Vanessa from Athens, and I love travelling around my country. As I am a beach person, I am particularly interested in exploring those off-the-beaten-track islands that many people seem to be after.

Greece has several quiet Greek islands, that are very different from the famous Santorini and Mykonos. If you are looking for a small Greek island with beautiful beaches and excellent food, Schinoussa is a great choice. 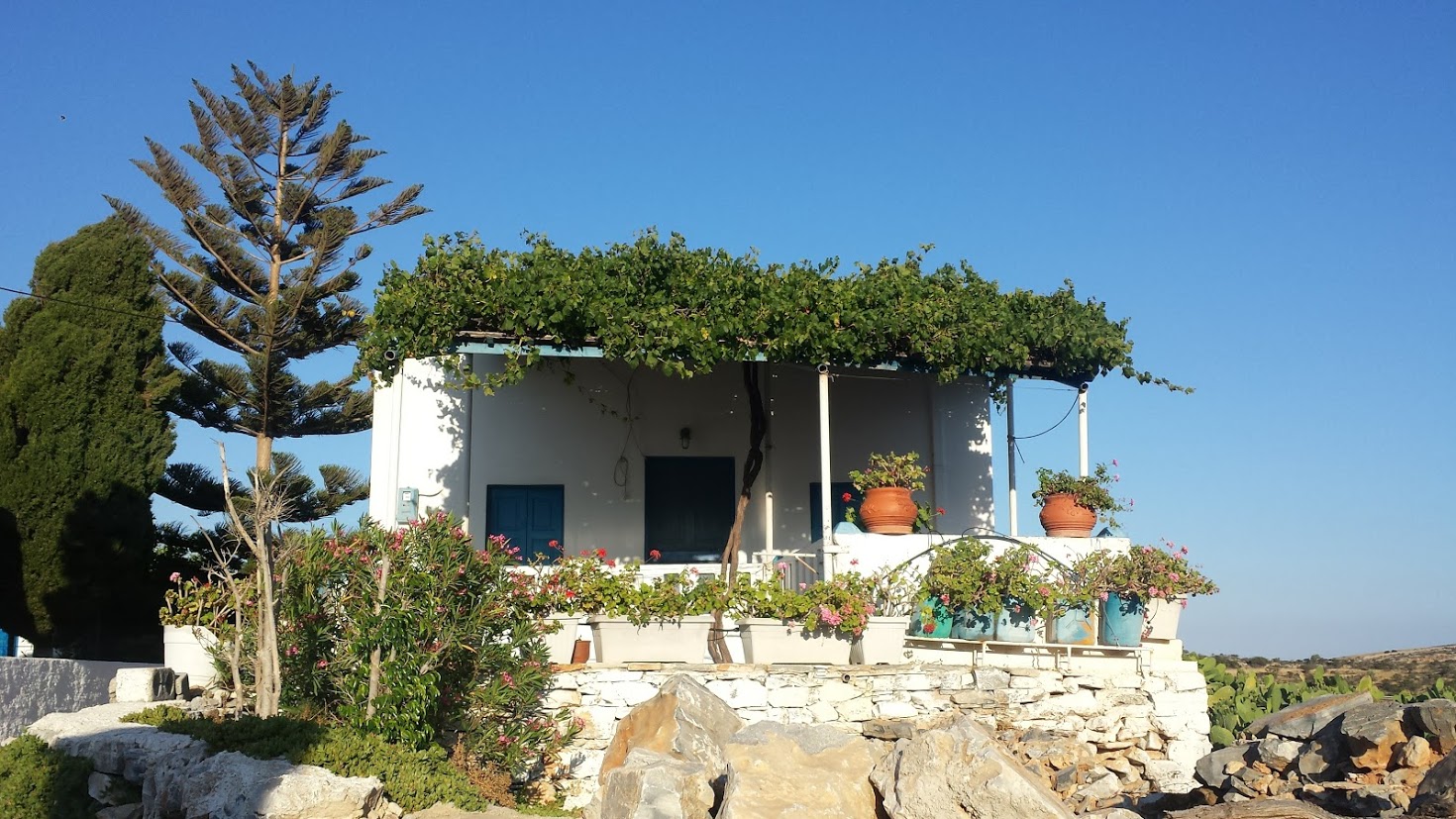 Schinoussa belongs to the subgroup of the Small Cyclades, along with Iraklia, Koufonissi and Donoussa. There are three direct ferries per week to Schinoussa from Piraeus port in Athens.

Additionally, there are daily connections with Naxos, Amorgos and the rest of the small Cyclades on the small Skopelitis boat. 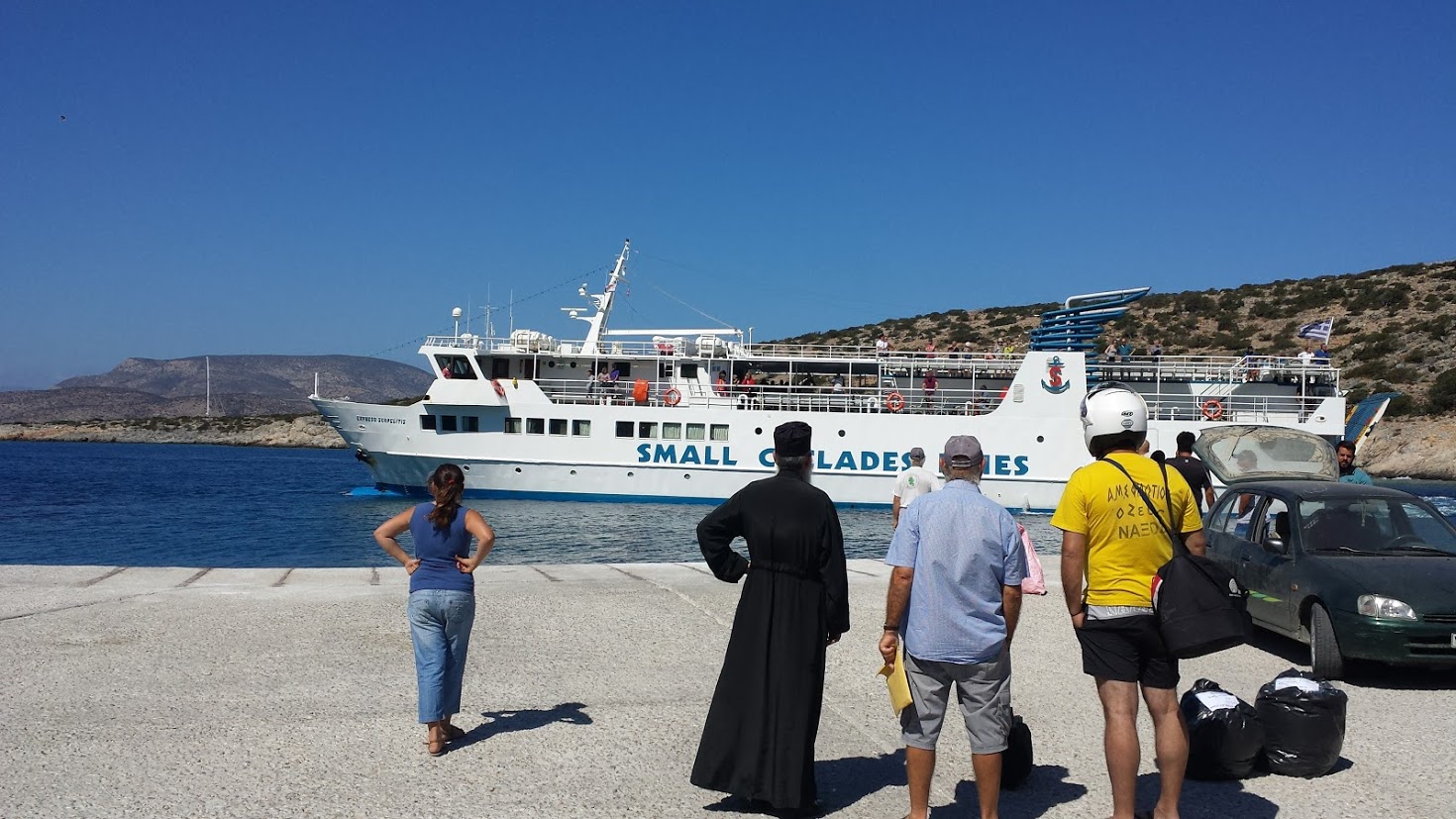 This tiny, laid back island has a population of less than 300 people. The three main settlements are Chora, Messaria and Mersini, the port. We chose to stay in Tholari studios in Livadi, and couldn’t have asked for more! 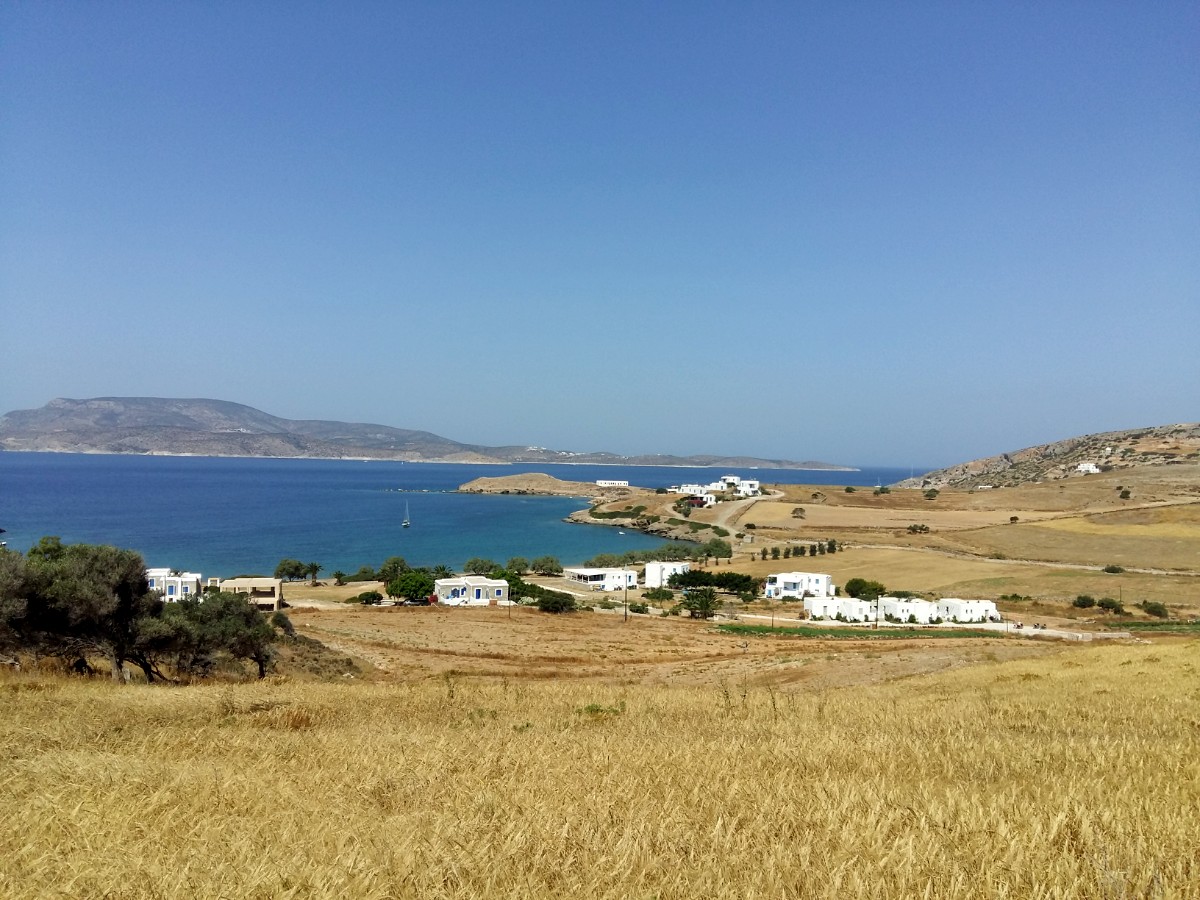 Although Schinoussa is so small, it has enough beaches, hiking paths and tavernas to keep you occupied for several days. We spent about a week in Schinoussa in early July, and could have happily stayed longer.

In terms of beaches, we loved the easily accessible Livadi, Almyros and Lioliou. We also enjoyed walking to some of the most remote beaches.

Unlike most of the Cyclades, Schinoussa is quite a flat island, so it’s easy to walk everywhere. Still, if you are feeling lazy, Aeolia boat will take you all along the coastline!

As for tavernas in Schinoussa, literally everywhere we ate was fantastic. We still remember the dishes we had at the traditional “Kira Pothiti” taverna. 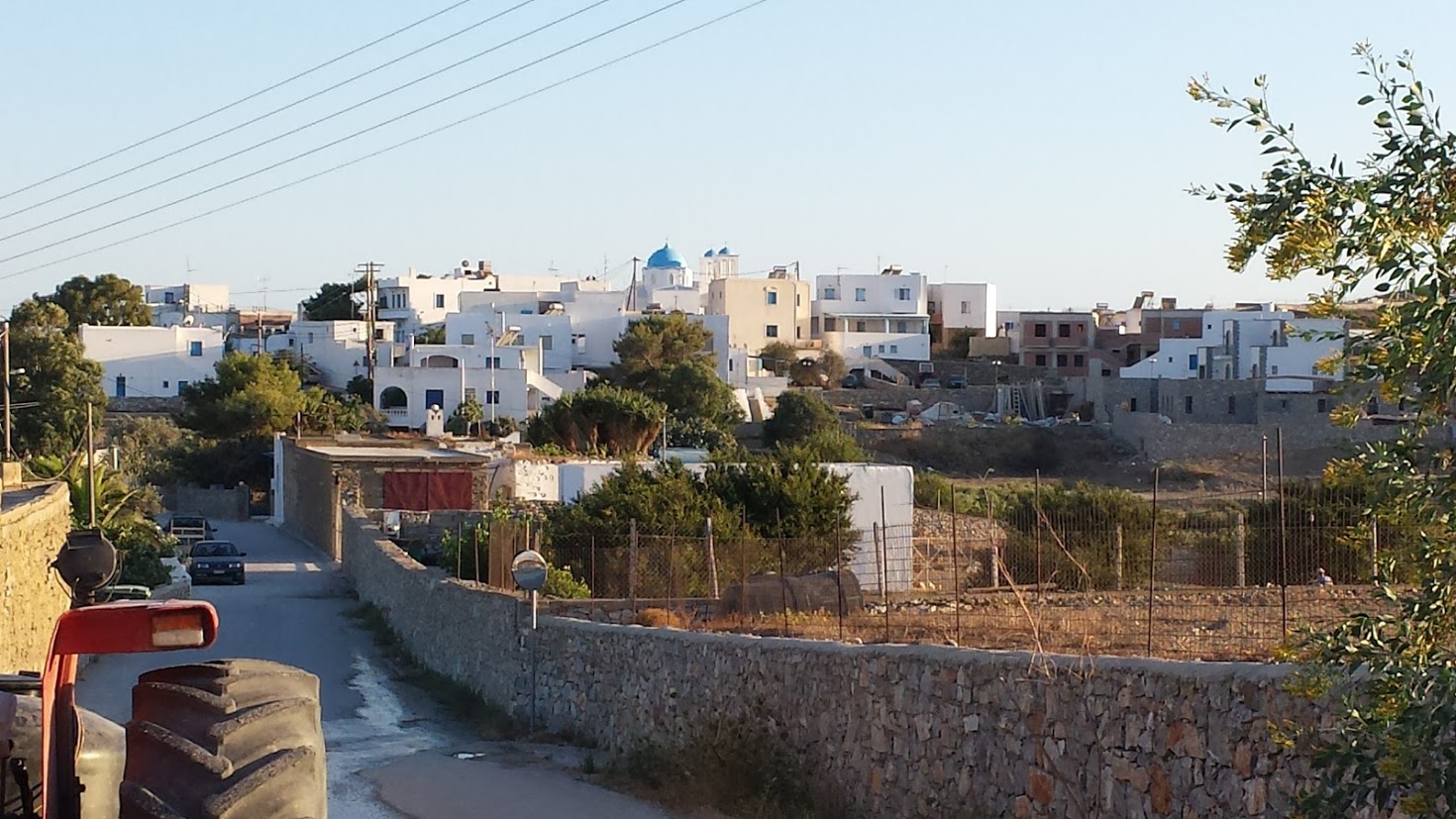 If you’re interested in visiting this lovely island, here’s when we consider the best time to visit Schinoussa and why.

Schinoussa enjoys a Mediterranean climate. Summers are warm, and winters are fairly mild, though there can be chilly days. With that in mind, the best time to visit Schinoussa is between spring and late autumn. 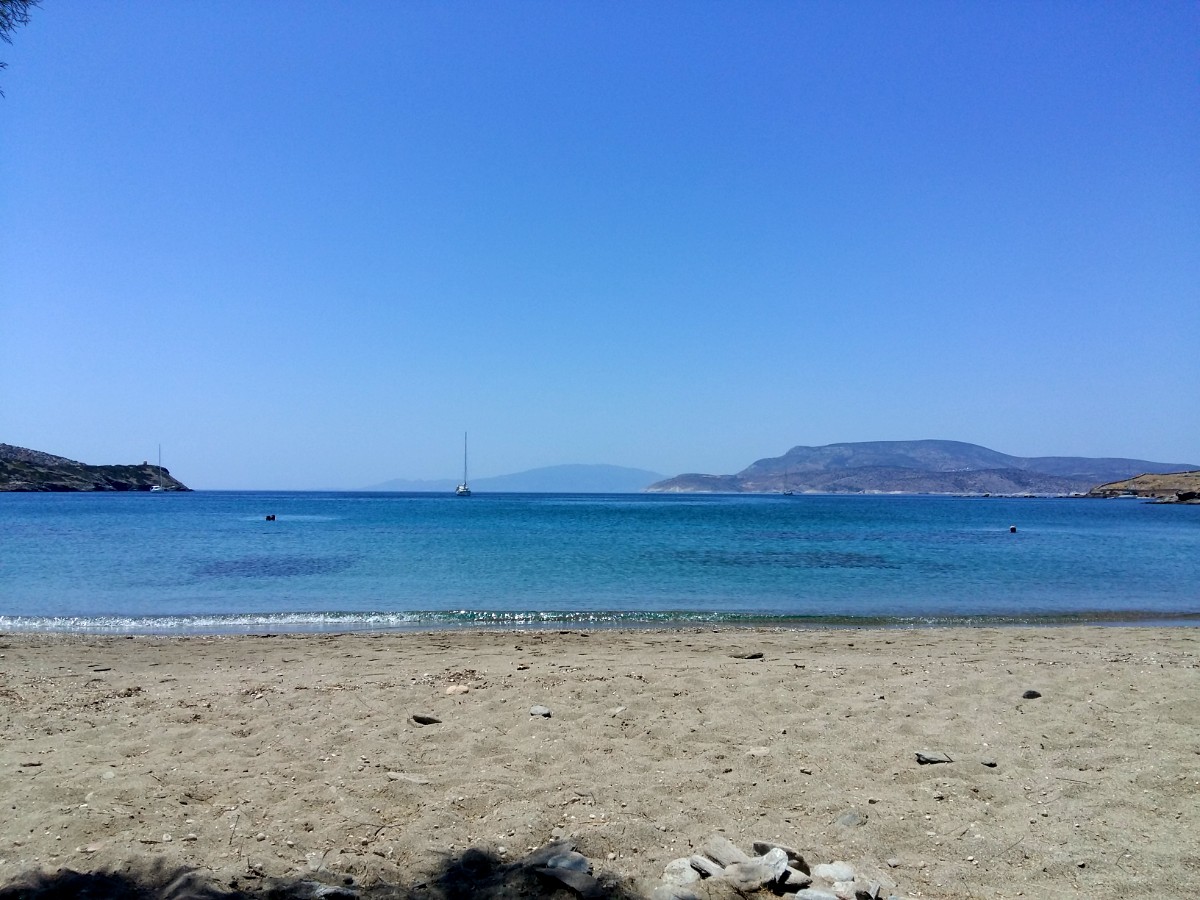 Swimming in the Cyclades is generally pleasant from May to October. While some people might be able to swim outside those months, it’s not for everyone! To give you an indication, sea temperatures in winter are about 14-16 degrees. They tend to drop further in March, before they start going up in April. The highest sea temperatures are observed in September.

This map with sea temperatures may come in handy. It’s in Greek, but all you need to do is check the numbers. Just count the months, starting from January.

What you should also take into account are the meltemi winds. These strong, seasonal north winds appear mostly in July and August all around the Aegean. On those days, its is best to stay on protected beaches, facing south. Plus, some people might not find it as warm as they expected. I am definitely one of them!

Like all of Greece, Schinoussa has its fair share of local festivals, what we call panigiria. These traditional fiestas last for one, two or more days. They give you a great chance to observe and participate in Greek culture.

As you would expect, some of the biggest festivals in Schinoussa are in summer. We were lucky to come across the fava festival, which happens on the first weekend in July. On this weekend, producers of the local fava beans offer a free taste for visitors. Obviously, this is accompanied by lots of music, dancing and wine.

Yellow fava beans from Schinoussa are really tasty, as the island’s soil is ideal for its production. You may want to buy some to cook when you are back home. 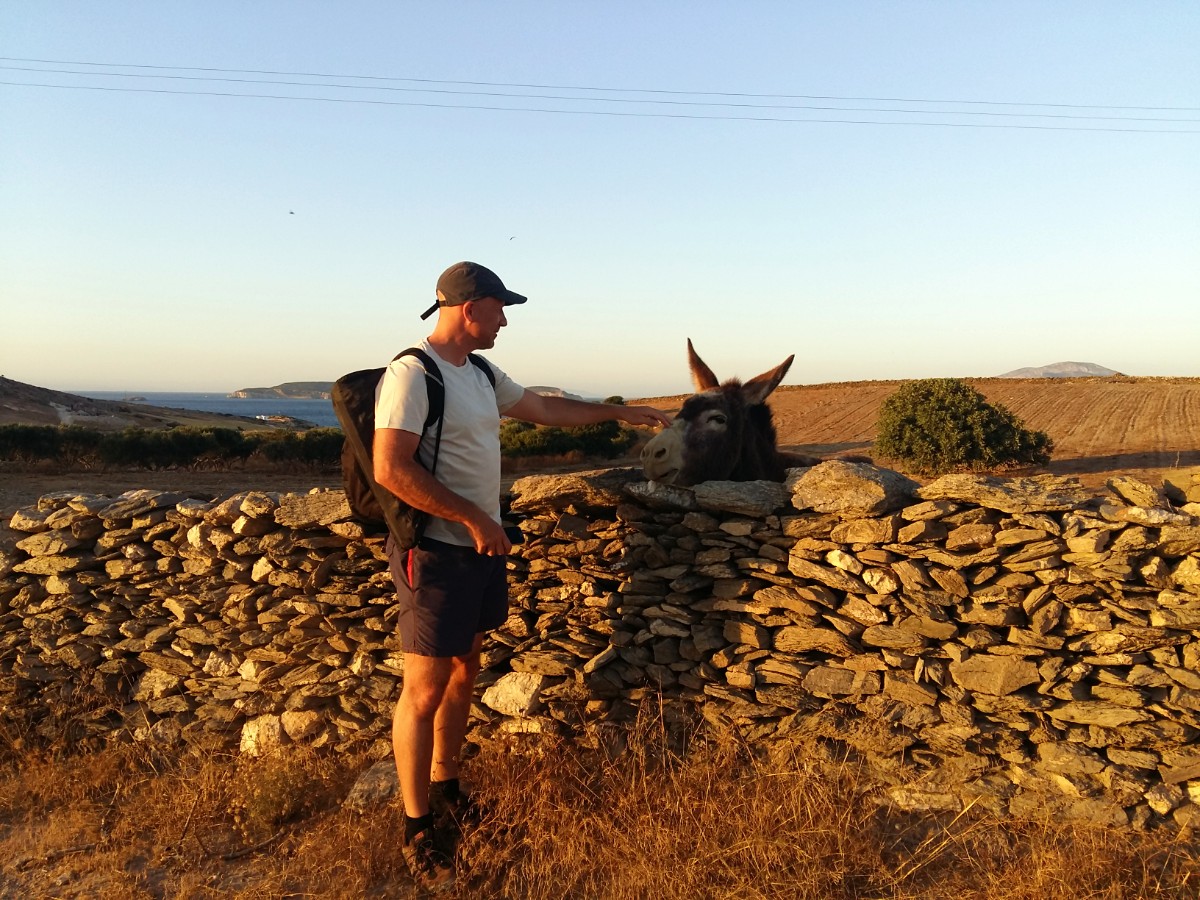 On the first weekend in August, there is the so called donkey festival. This is essentially a donkey race followed by a donkey parade, accompanied by local music. While we cannot fully endorse this traditional fiesta, donkeys are still an essential element of local life. In fact, this particular festival is organized to honour these lovable animals!

Within the first 15 days in August, there is a cultural festival organized by the local union. This includes traditional music and dances, a photography exhibition, bazaars, concerts and other cultural events. Additionally, the Assumption of the Virgin is celebrated on the 15th August. If you are going to Schinoussa during that time, make sure you reserve your accommodation in advance.

You may be surprised to know that there are also a few festivals outside summer. In fact, they are the highlight of social life for locals. Occasionally, people from other nearby islands may visit.

The Annunciation of the Virgin, which coincides with our National Independence Day, is celebrated on the 25th March. There is normally a school parade, a theatrical show and a communal lunch in Messaria village.

The panigiri of Panagia Akathi, with local music and dancing, is celebrated on a Saturday, three weeks before Easter Sunday. This is one of the biggest off-season festivals for Schinoussa.

Like everywhere in Greece, Easter is very important in Schinoussa and is celebrated accordingly. Apart from the traditional festivities, local people gather and play a game similar to bowling. You can read more about our Greek Easter traditions in this article.

Winter panigiria are celebrated on the 9th November, 1st December and 6th December. The latter is one of the biggest local festivals, in memory of St Nikolaοs, the protector of sailors. A popular dish, cod with a thick garlic sauce, skordalia, is offered to visitors.

So when is the best time to visit Schinoussa?

Based on all the above, the best time to go to Schinoussa island is between June and September. You will get plenty of sun, and the chance to swim in incredibly blue waters. 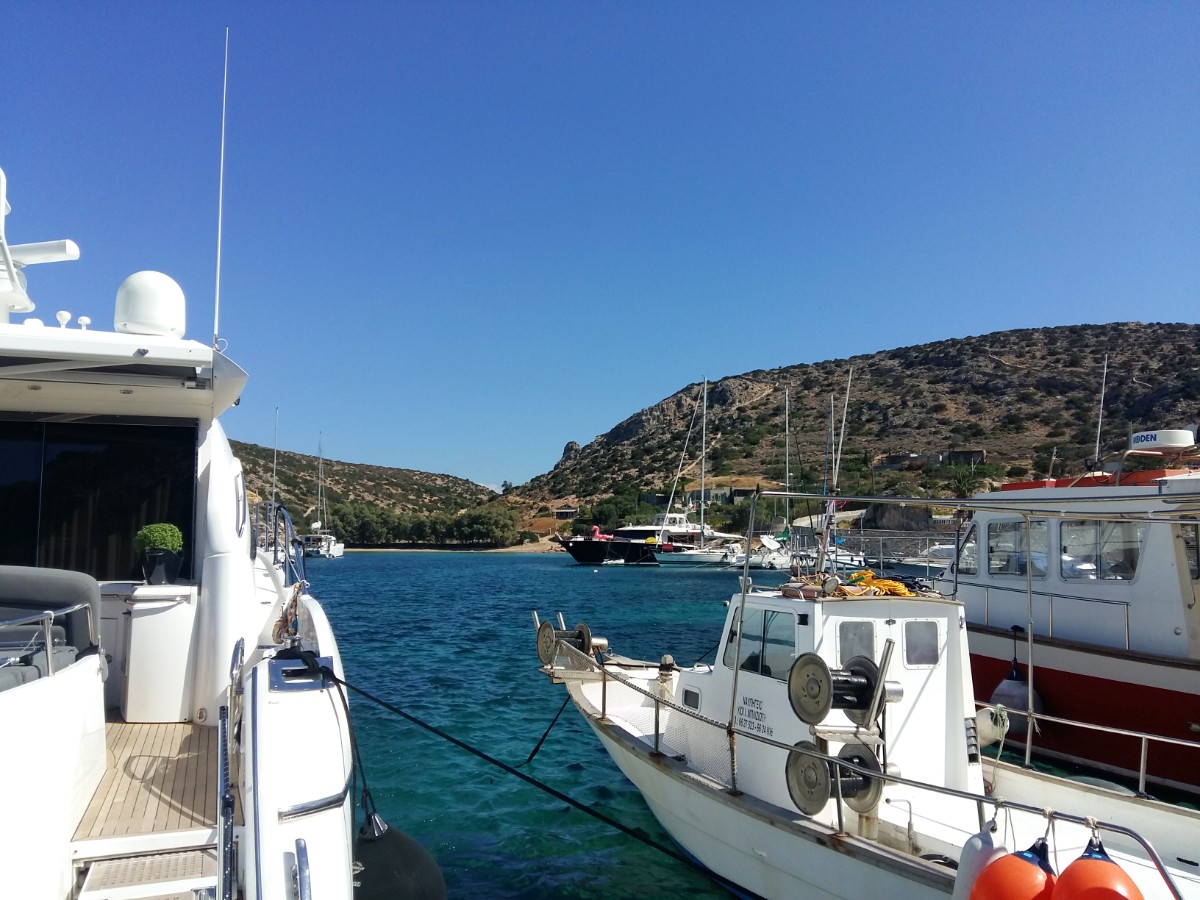 Obviously, this is the high season for Schinoussa. If you are after peace and quiet though, don’t worry, as high season here doesn’t mean crowded.

That said, if you are going to Schinoussa in July or August, definitely book your accommodation in advance. As there are limited options on search engines like booking.com, Googlemaps might come in handy for this.

The meltemi winds are actually easily avoided in Schinoussa. The island has many natural coves and protected bays. In fact, this is the reason that it’s a fairly popular destination with sailing boats and yachts.

As for us, we visited Schinoussa in early July, and it was perfect. Walking from Chora to Livadi under the star-lit sky was absolutely amazing. With so few lights around, it felt like we were in the middle of nowhere… and perhaps we were! We would like to go back in September though. Watch this space!

Schinoussa island in the Cyclades

Are you planning to visit Schinoussa? Good choice! Let us know if you have any further questions!