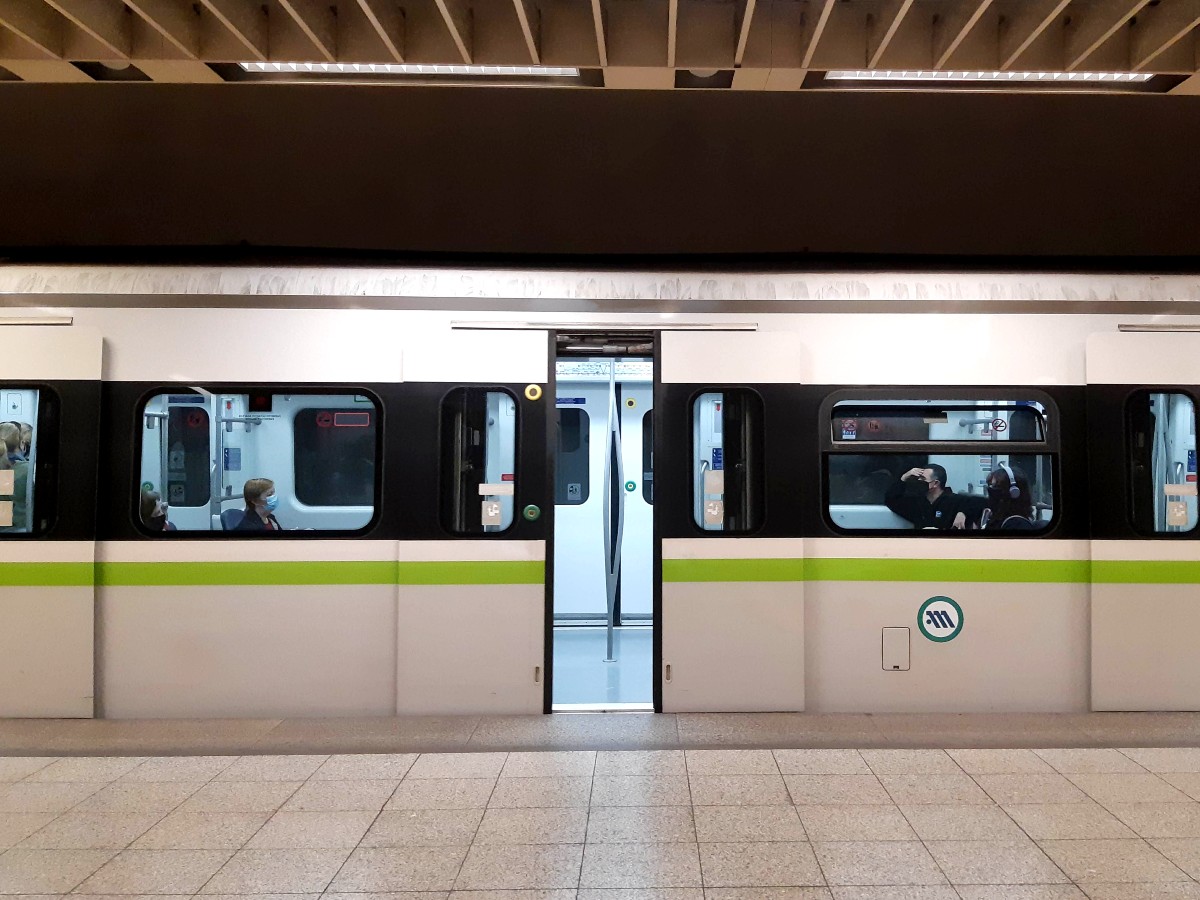 Strikes in Greece might affect your Greek vacation. There is no reason to worry though. Here is all the information you need to know about strikes in Greece.

For people living in Greece, strikes are a fairly frequent occurrence. Looking back on a strike calendar (available only in Greek), you can see that, on average, there are at least 3-4 strikes a month. Don’t worry though, as the majority of those strikes in Greece are very unlikely to affect visitors.

By the way, the fact that someone in Greece decided to create a dedicated strike calendar, must surely mean something to you!

Who goes on strikes in Greece?

There are several categories of workers who can be on strike. This depends on the profession, and to a certain degree on the union they are affiliated with.

The main categories of people who are likely to go on strike in Greece are doctors, nurses, teachers, cleaners, museum employees, bank employees, customs employees, garbage collection employees, journalists, and everyone working for the wider public sector. 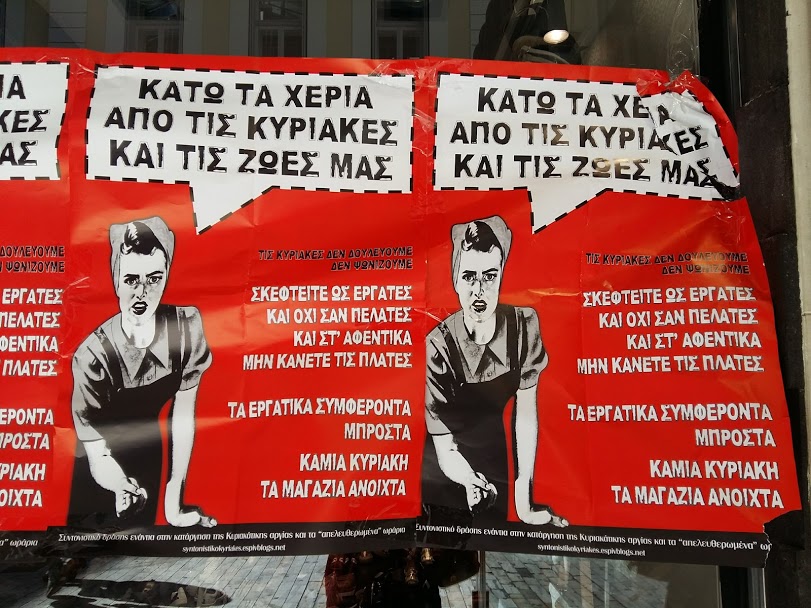 These unions generally go on strike for a day or two at a time, apart from extreme cases, when a 3-day strike, or longer, is announced. This is more common for people working in public hospitals, though in practice hospitals never really close down.

So far so good though, as those professions are generally not related to tourism, apart from museum employees. Right? Wrong! 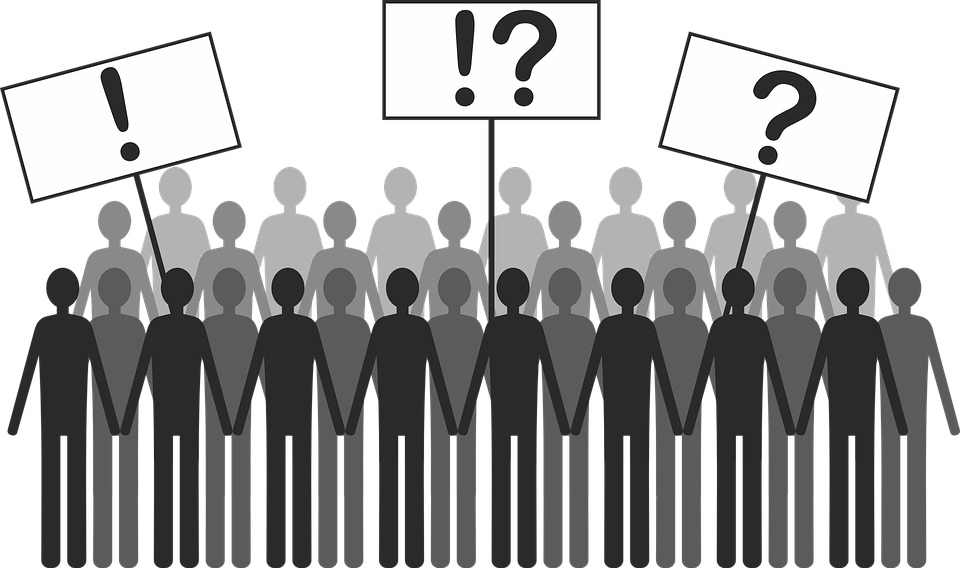 If you are visiting Greece, you *could* be affected by transportation strikes. Ferries, trains, airport traffic controllers, the Athens metro, taxis, trolleys, buses and the tram, all these people go on strike from time to time.

Sometimes the strikes last for a whole day, or 24 hours. In other occasions, there are work stoppages for only a few hours. This is fairly common for the transportation in Athens.

Strikes in Greece most frequently affect transportation around Athens, and the train routes to north Greece. Taxis and air traffic controllers are very rarely on strike in Greece. If they are, your hotel should be able to help you find a taxi even on a strike day. I also recommend Welcome Taxis.

What happens on a transportation strike day in Greece?

There are a few different ways you can be affected during transportation strikes in Greece.

Trains around Greece won’t run, neither will the suburban railway within the Athens area. Confusingly, this will also affect the airport metro line, which will only operate partially. This is because part of the line used by the metro is owned by the train company. 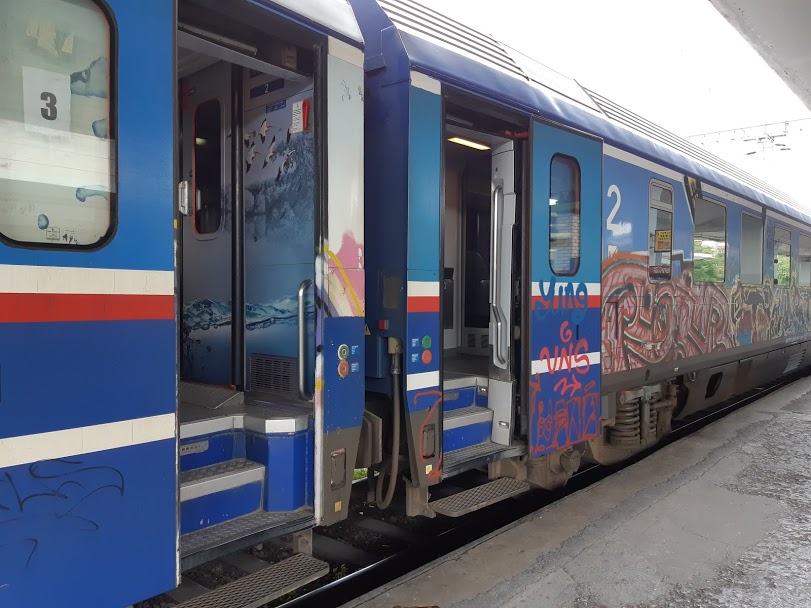 If you need to get to the airport, you can use the Express airport bus – but make sure buses aren’t on strike as well, and leave early. Alternatively, you can get a Welcome taxi to the airport.

Related article: How to book train tickets in Greece

The Athens metro consists of three lines. The green line is owned by one company, and the red and blue lines are owned by another company. Weird, but it is what it is! The two companies don’t necessarily go on strike on the same days, so the green line might be running when the others don’t, and vice versa. 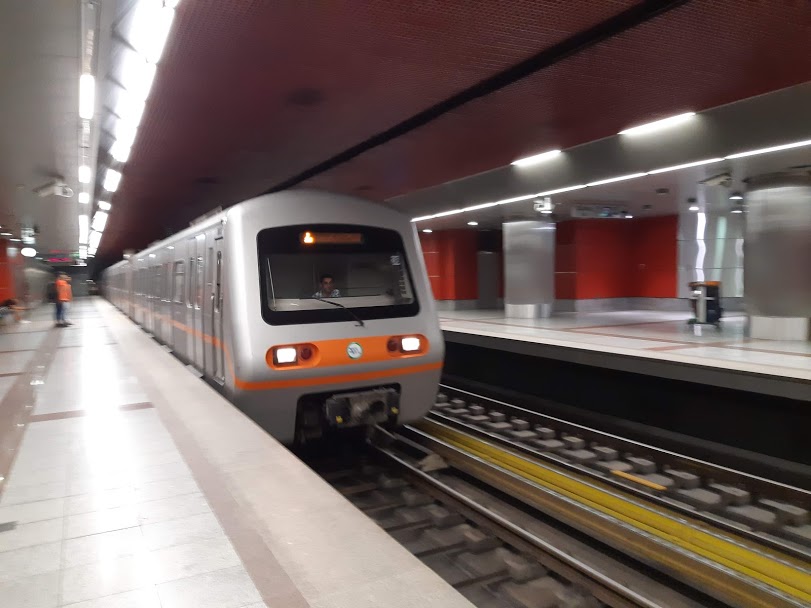 When there is a metro strike in Athens, be prepared for some serious traffic jams. If you are going to the airport, make sure you leave much earlier than you had planned.

Bus and trolley strike in Athens

In my experience, few visitors use trolleys or buses in Athens. Finding the exact route information can be complicated for a non-Athenian – and even for an Athenian! 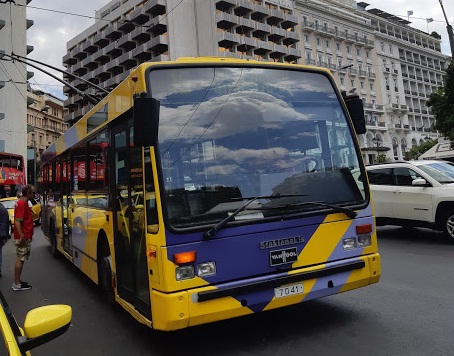 With that said, many visitors use the airport buses, which connect the airport with several parts of the city. The most popular routes run to (a) Syntagma Square in central Athens and (b) the port of Piraeus.

In some occasions, both the airport metro / suburban railway and the airport bus are on strike. In this case, your only solution is to take a taxi from / to the airport.

The tram connects central Athens with various parts of the coast and the Athens Riviera. The slow ride is an inexpensive option to get to the coast. If the tram is on strike, your best bet is probably to get a taxi.

A ferry strike in Greece is the one likely to affect your travel plans the most. When there is a ferry strike, ferries don’t run. Right? Yes, in theory. In practice, some of these ferries might actually depart, and you won’t necessarily know it well in advance.

If a ferry strike is planned, keep checking for the most recent announcements. You can find the latest information through the local port authorities, or maybe your hotel. Also, check with your ferry company or third-party agent. 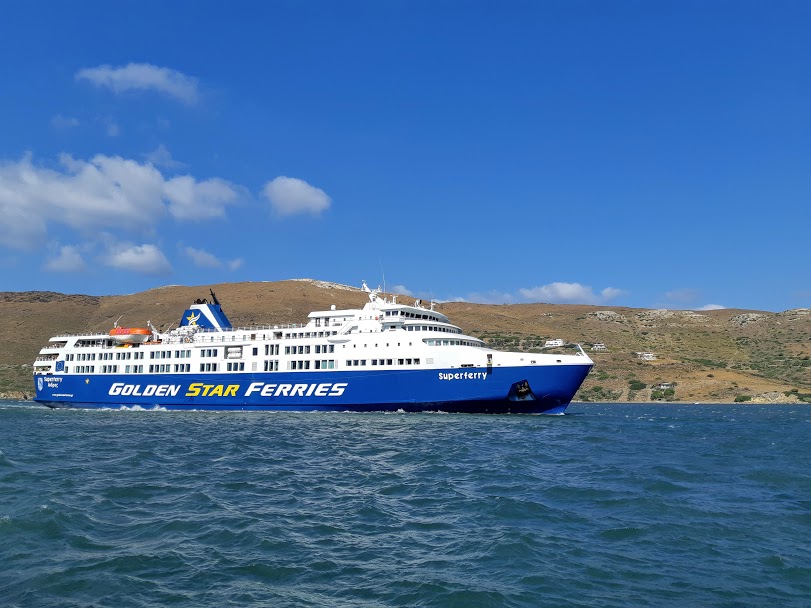 If your trip is cancelled due to a strike, you are entitled to a full refund. So, if the island where you are has an airport, you could always fly back to Athens – though unfortunately a last minute ticket is likely to be very expensive.

If you are travelling between Greek islands and your ferry is cancelled, get in touch with your next accommodation as soon as possible. They may be nice and not charge you for that night’s stay.

These strikes really don’t happen all that often. Sometimes, they are announced, but are cancelled at the last minute.

In case of a delayed or cancelled flight, check the EU regulations for any compensation that you might be able to claim. I was once eligible for a 250 euro refund, because my flight was delayed for several hours.

How often do strikes happen?

As you would expect, there is no answer to this. In general, public transportation employees go on strike when the government suggests significant changes and reforms to their collective labour agreements. Sometimes, the strike is only announced on the previous day, or even a few hours before.

However, contrary to what you may think, it’s not like strikes happen every day. This is a nerdy table for strikes in Greece, showing number of strike days for 2019. A figure of 0.5 indicates that the means of transportation was only on strike for a few hours.

You will notice that there were only four ferry strikes throughout the year, so they are not really all that frequent.

Here is one piece of advice I can give you for certain. There is ALWAYS a massive strike on the 1st of May, which affects pretty much everything. The means of transportation less likely to be affected are airplanes and taxis. Still, my advice is to not plan any travelling around Greece on May 1st.

Is there anything else I need to know about strikes in Greece?

If you are in a big city like Athens or Thessaloniki on a strike day, chances are there will be some marches or demonstrations. These will generally be peaceful, but you never know what might happen or if any of them will turn into protests. 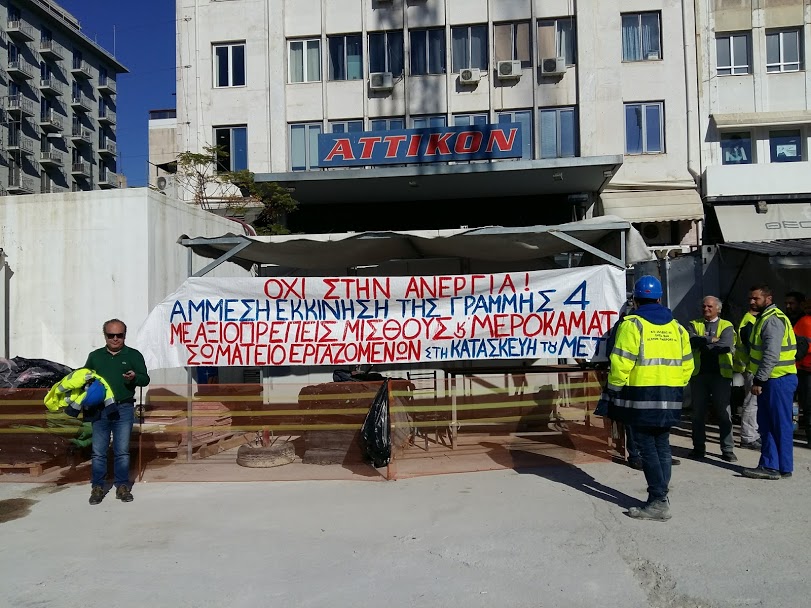 Speaking about protests, there are certain days of the year when demonstrations happen here in Greece. The 17th November and the 6th December are important dates for our recent history, and there are always some protests and riots.

You might want to avoid certain areas of downtown Athens on those days. In addition, you should know that several metro stations will be closed. This includes Syntagma, Panepistimio, Evangelismos and Megaro Moussikis, and sometimes others.

How can I find out about strikes in Greece? 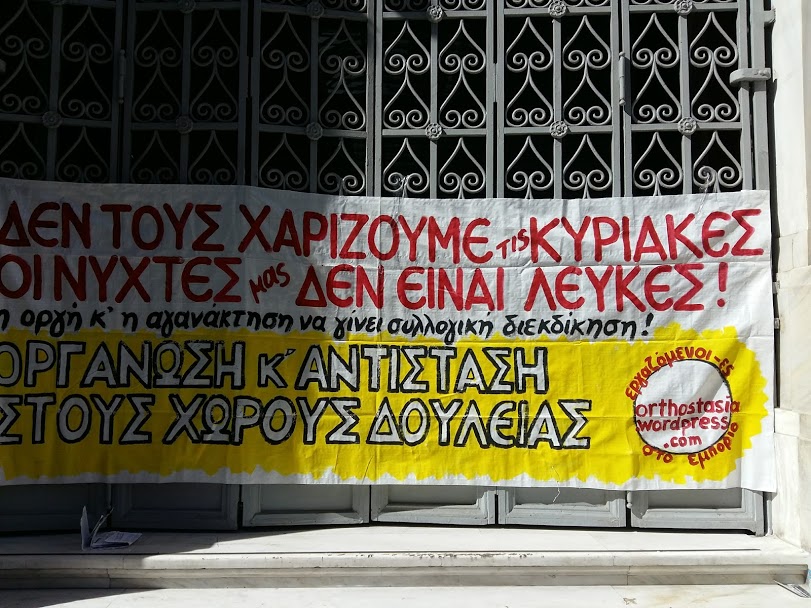 Again, note that strikes can be announced pretty last minute, so no one will necessarily know in advance. Furthermore, sometimes strike information is announced, and then things change, possibly more than once.

If you have heard any announcements about a strike, make sure you follow the news closely. You can also check with your hotel, inside the metro station, train station or at the port.

Have you been affected by one of the strikes in Greece? What did you do? Let me know in the comments! 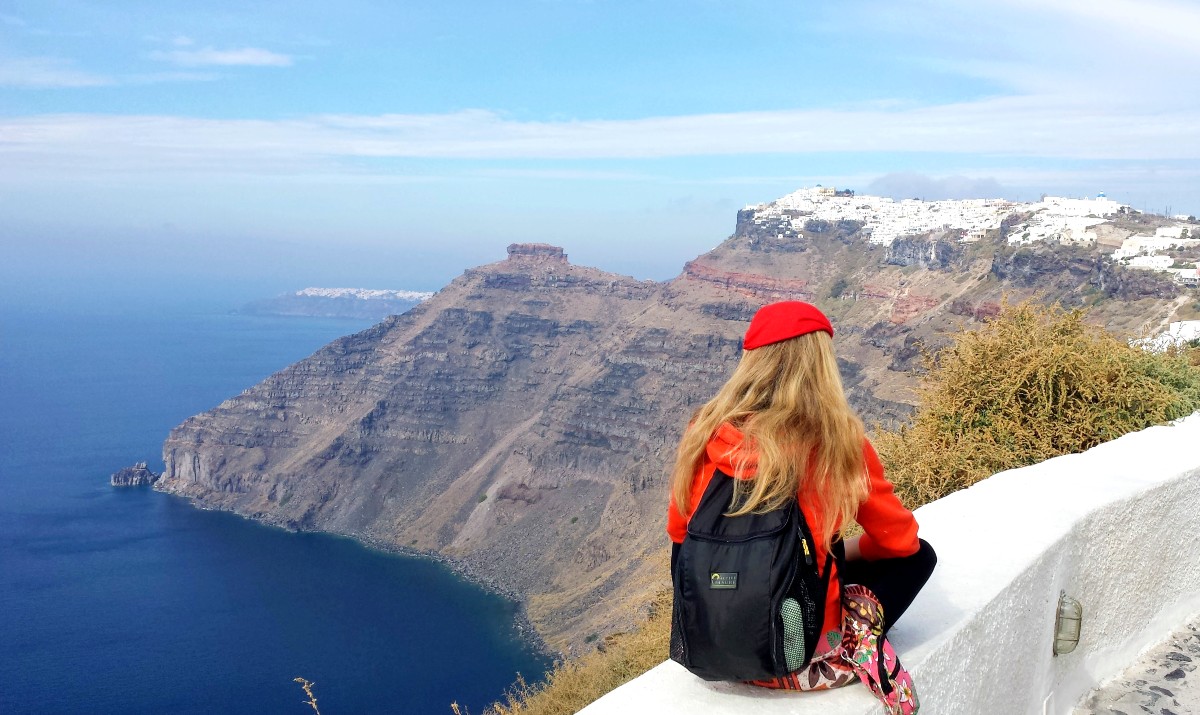 Hello! I am Vanessa from Athens. I love helping visitors travel around my country. If you are travelling independently, my blog should help you discover new destinations. In addition, you will find some interesting facts about Athens and Greece!