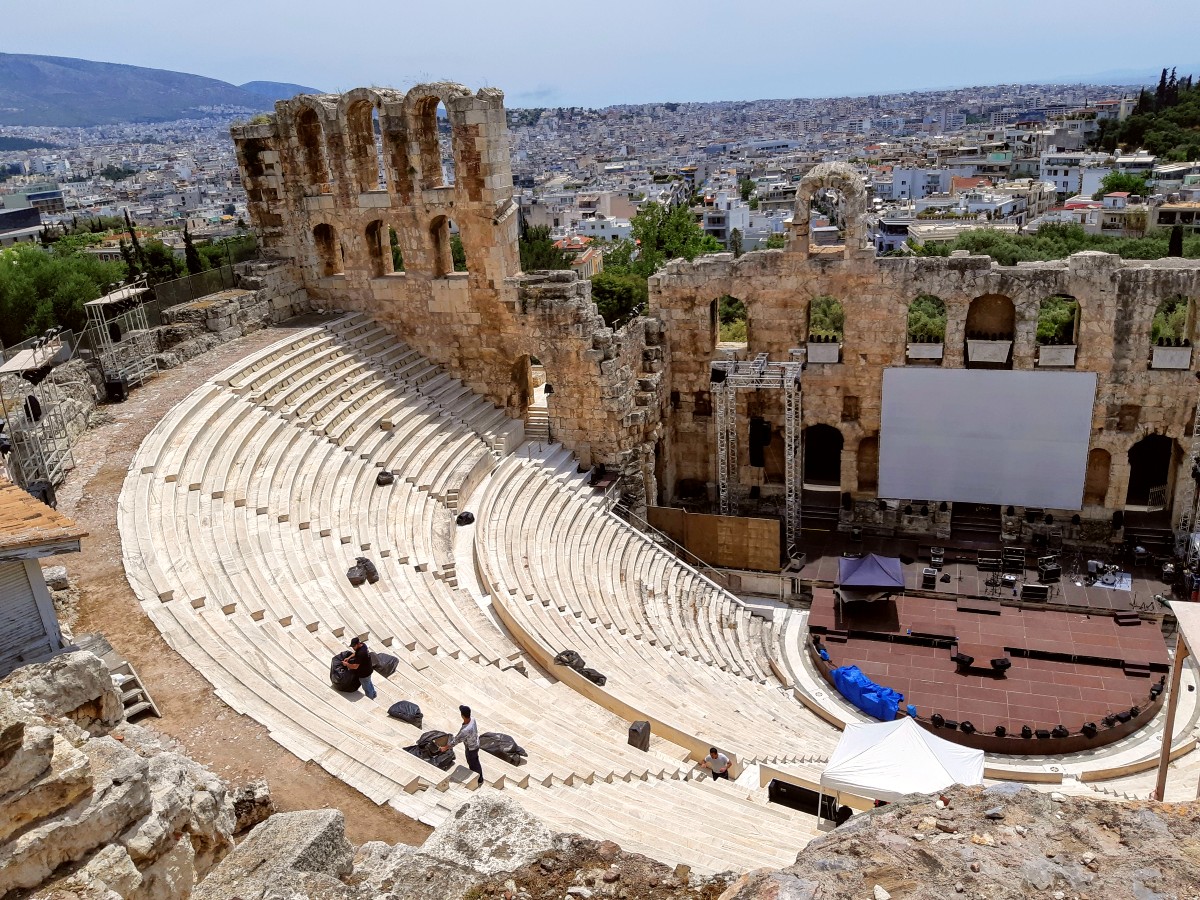 The Athens and Epidaurus festival programme for summer 2020 has now been announced. Here’s everything you need to know about this major arts event in Greece.

The Athens and Epidaurus Festival

The Athens and Epidaurus Festival is one of the most important artistic and cultural events in Greece, hosting theatre, dance and music performances.

Each year, thousands of people enjoy the opportunity of seeing some world-famous names performing live at unique venues in Athens and Epidaurus in Greece.

Several famous artists such as Sting, Jethro Tull, Loreena McKennit, Bryan Ferry and Andrea Bocelli have performed over the years.

Go back in time and you will discover that even Frank Sinatra has appeared at the  Herodion in Athens! 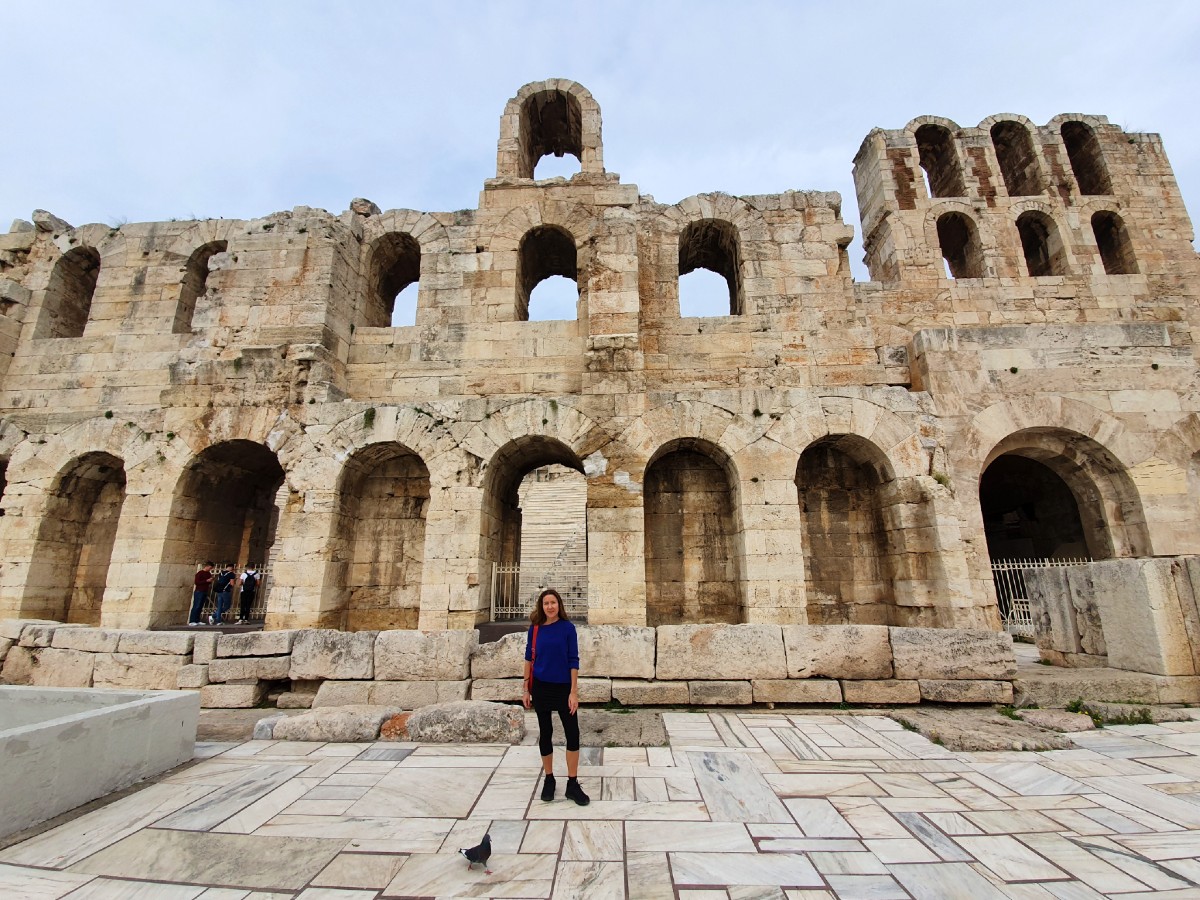 History of the Athens festival

The festival has been going on for 65 years, which makes it one of the oldest performing arts festivals in Europe. It is popular with Greeks and visitors alike, and many of the performances are sold out weeks in advance.

As the name suggests, the festival runs in Athens and Epidaurus. Epidaurus, in case you didn’t know, is a UNESCO World Heritage site about an hour and a half away from Athens center.

Originally, the performances were held in two ancient theatres. These are the Odeon of Herodes Atticus (Herodion) in Athens, and the stunning Ancient Theatre of Epidaurus in the Peloponnese.

What to expect at Athens – Epidaurus Festival

In recent years, the festival has grown, and the number of stages and venues has expanded to include indoors venues.

The works presented during the festival include classical, orchestral and contemporary music, as well as ancient tragedies and comedies.

In addition, there are several contemporary dance and theatre performances, including experimental and avant-garde productions. 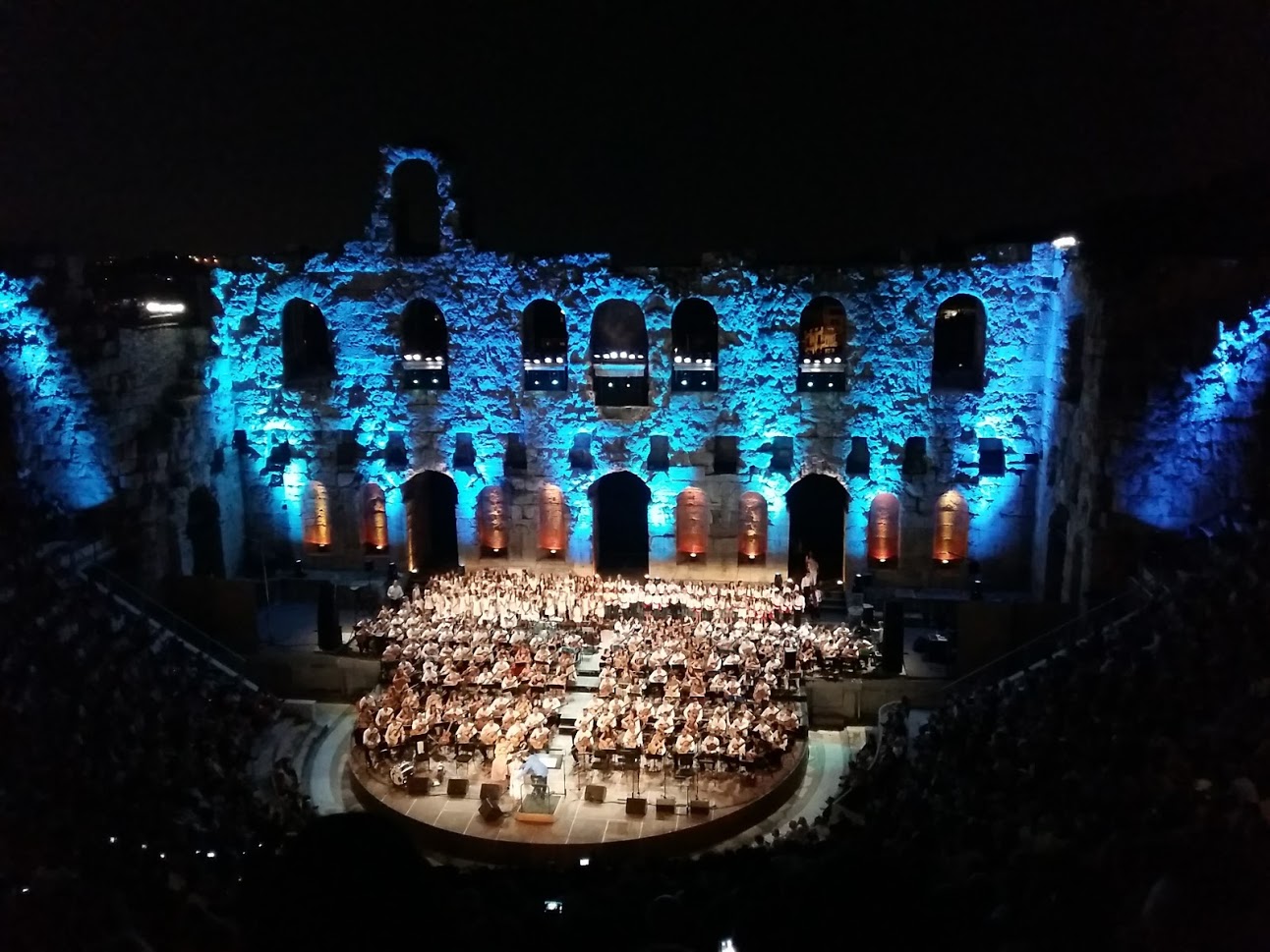 If you get the chance to experience a performance in one of our ancient theatres, don’t miss the opportunity.

I try to go to Herodion once every summer, and I’ve been lucky to see several acclaimed Greek and international artists, including the incredible Blues Brothers and Solomon Burke in 2006.

The Athens and Epidaurus Festival 2020

As we all know, summer 2020 is different than most summers. Travelling around isn’t as straightforward as normal, and big events all around the world have been cancelled or modified.

After a few months when life as we knew it stopped in its tracks, tourism in Greece is reopening. As a result, the Athens and Epidaurus Festival will go ahead in summer 2020.

This year, the festival will run on a reduced scale. From the 70 performances that had originally been announced, only 17 will take place.

For this reason, the Athens and Epidaurus Festival 2020 has been named “Fragment”. {COMMENT: In fact, a more accurate translation from Greek might have been “subset”}.

Several important Greek artists will participate in the Athens and Epidaurus Festival 2020. There will be music, opera and theatre performances.

The events will be held in the Herodion theatre in Athens and the two open-air theatres in Epidaurus.

I am looking forward to seeing some of them later this summer!

The Athens and Epidaurus Festival 2020 – Programme

Here are the performances that have been announced for 2020. If you are not familiar with some of the names, don’t worry – they include some of our most prominent artists.

So if you happen to be in Greece on these dates, reserve your tickets in advance, and enjoy your show of choice.

The massive Roman theatre can be seen from above during a visit to the Acropolis. Watching a show here will stay in your mind forever.

Until 3 July – City Project 2020 – Dionisis Kavallieratos – An installation > This is an interesting display of figurines. It is free to enter, but you need to reserve your ticket in advance. More info can be found here. 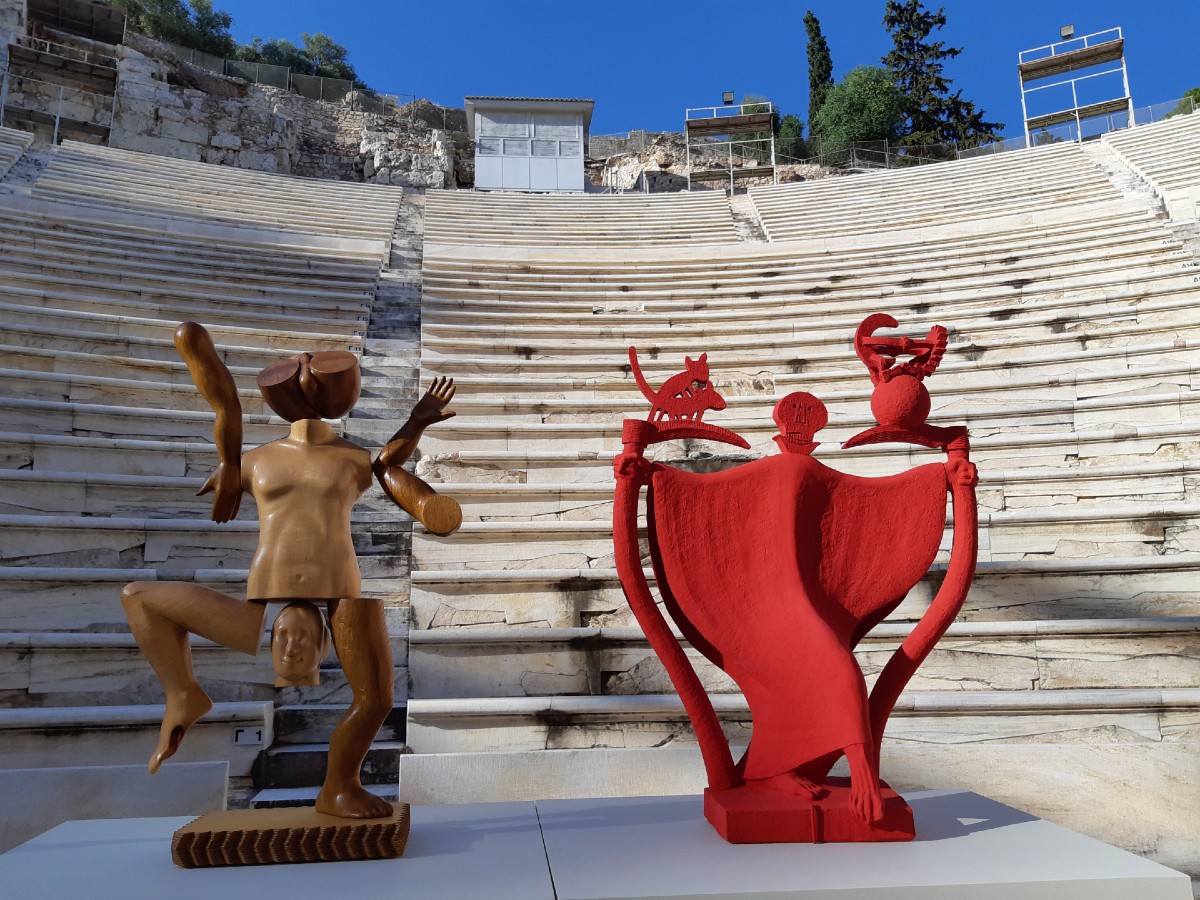 15 & 16 July – A Tribute to Thanos Mikroutsikos > The prominent Greek composer sadly passed in December 2019. As he is one of my favourite artists, I can’t resist posting a (long) video of him performing in Herodion. Not my video, but I was there too!

Who would have thought that Giannis Aggelakas, one of the founders of the rock band “Trypes”, would play in Herodion one day. This is a sample of their work.

No words are good enough to describe the experience of watching a performance here. The massive theatre had a capacity of around 14,000 people in ancient times. Today, ancient tragedies and comedies are performed here, in a truly fascinating setting. 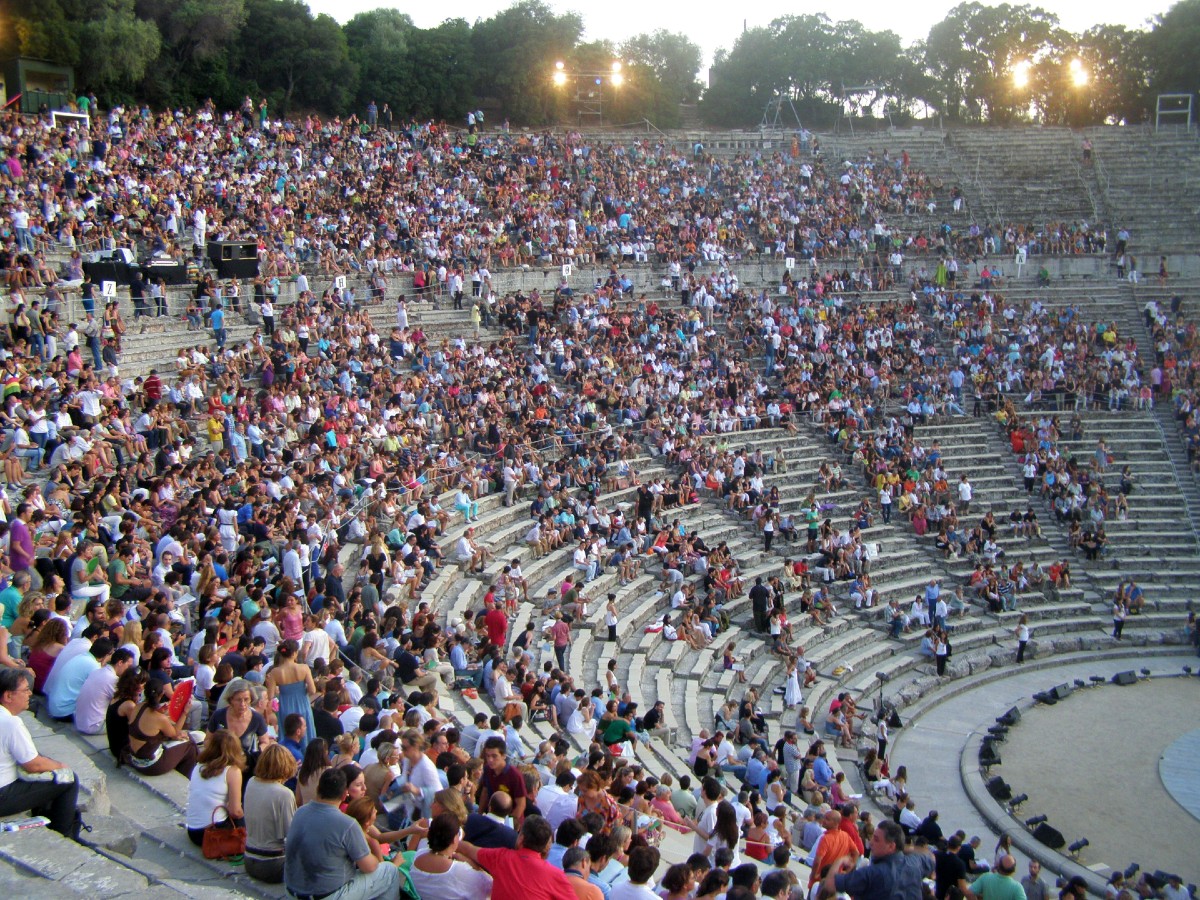 24 – 26 July – National Theatre of Greece – The Persians by Aeschylus 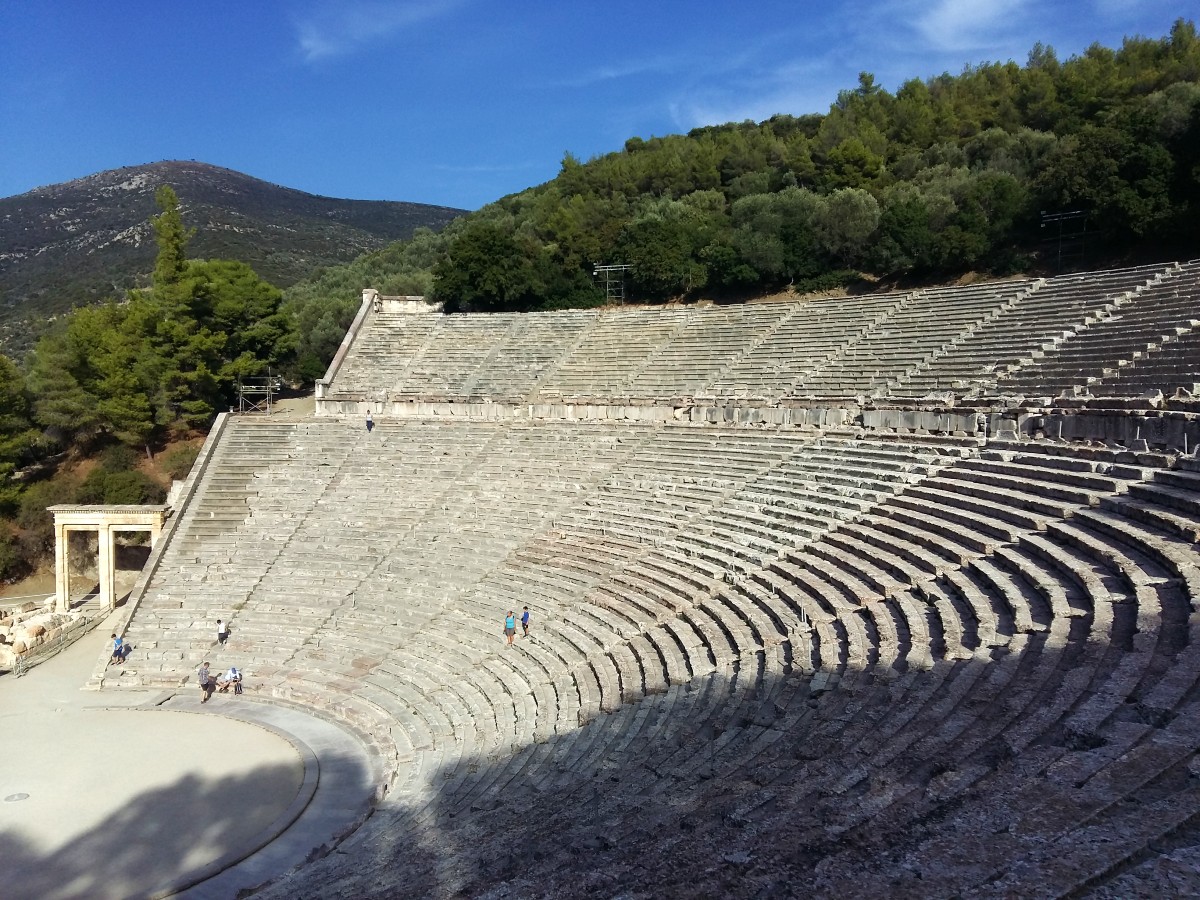 This is a much lesser known theatre, which was originally built in the 4th century BC. At the time, its capacity was around 2,000 people. Today, it is mostly reserved for music performances.

For more information and tickets, you can visit the official site of the Athens and Epidaurus Festival 2020.

If you are interested in finding out more about the above performances, please leave a comment below and I can post some videos of our acclaimed artists!

Planning to spend time in Athens this year? Take a look at some of our travel guides here on Real Greek Experiences:

Also, check out FREE cultural events in Greece for Summer 2020!