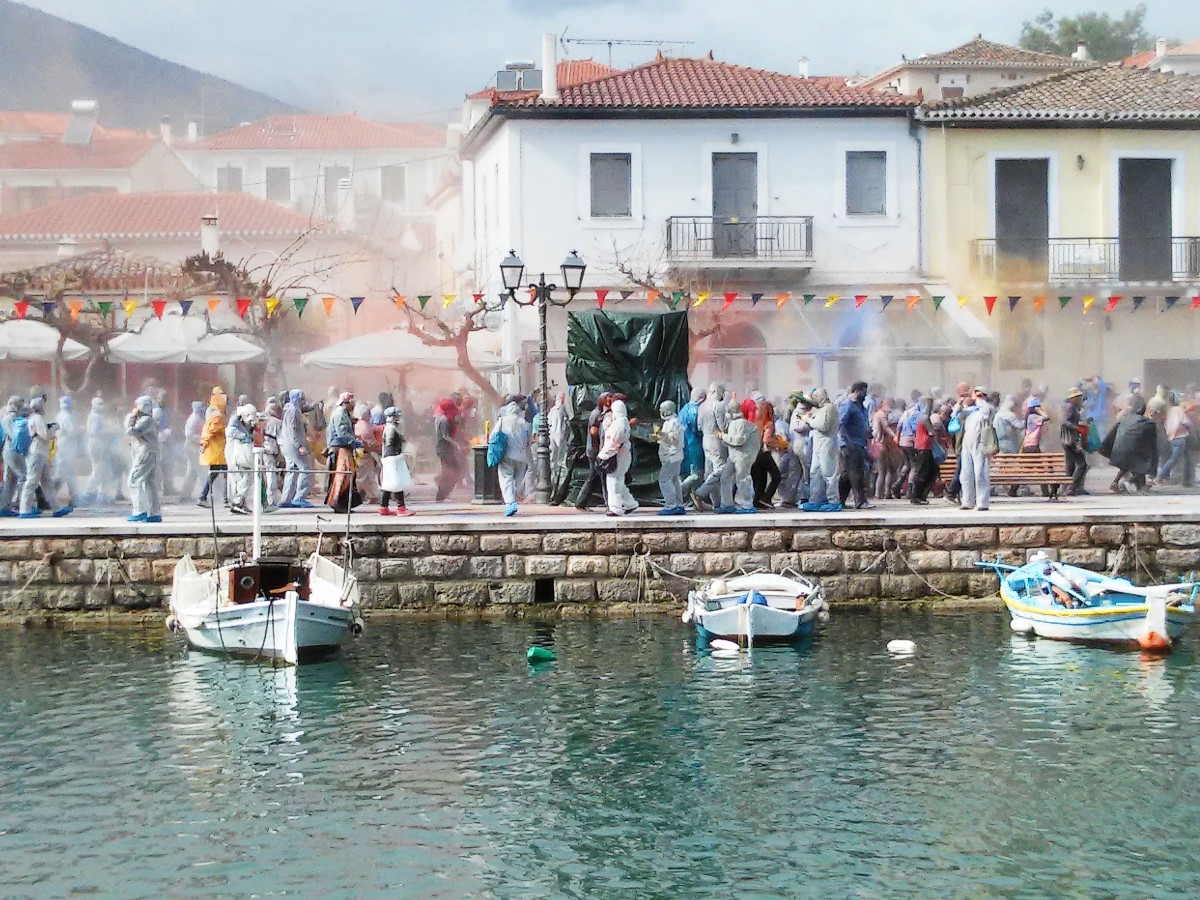 Clean Monday, or Kathara Deftera, is a special day here in Greece. Here’s what to expect on this day, including Greek Lent culinary traditions and how to build your own kite.

Kathara Deftera, or Clean Monday, is a significant day for Greek people. It is the first day of Lent (Sarakosti), the 7-week period before Greek Easter. The exact date changes every year, and this movable feast always falls 48 days before Easter Sunday.

This special Monday is the equivalent to Ash Wednesday, which is when the western churches begin Lent. In English, it is sometimes called Ash Monday, Shrove Monday or even Pure Monday, while Cypriots might refer to it as Green Monday.

An official public holiday in Greece, Clean Monday is linked to some very unique traditions and is one of our major feast days. In fact, the entire first week of Lent is sometimes called the Clean Week. 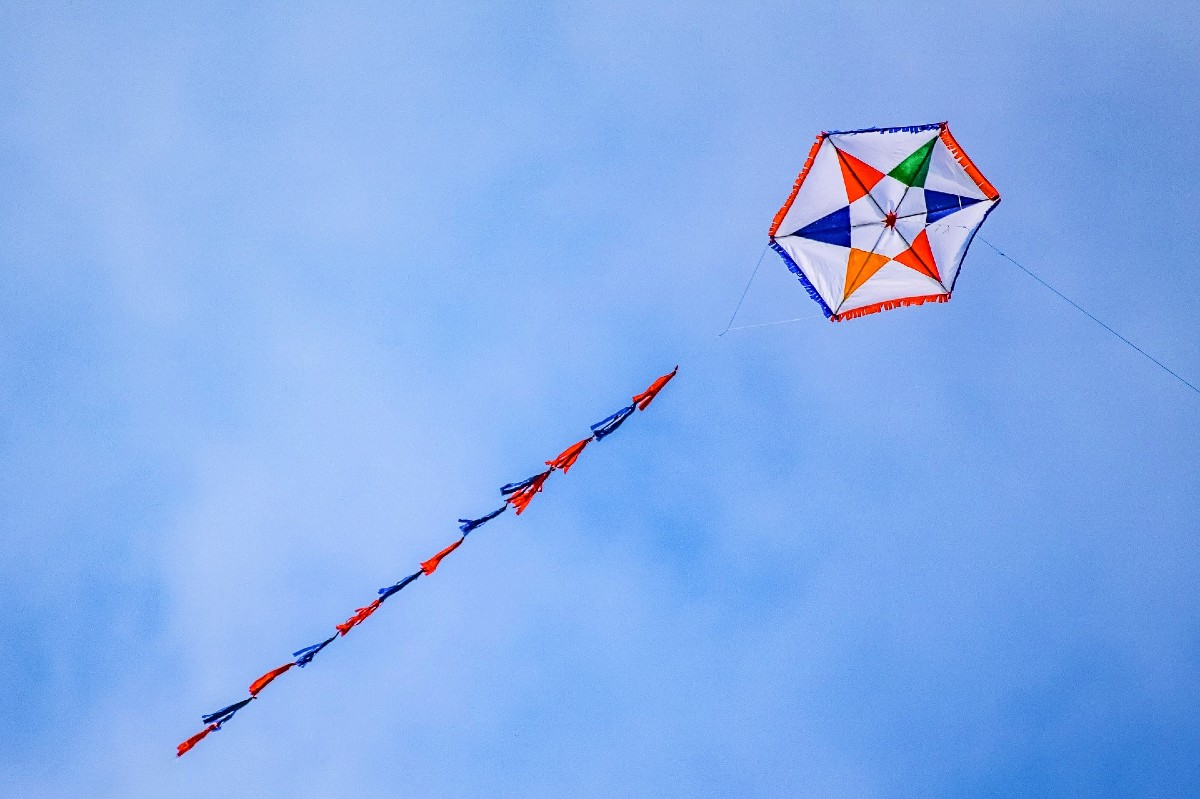 As its name suggests, Clean Monday symbolizes purity and cleanliness. It is the day when the Greek Orthodox church remembers Adam and Eve’s expulsion from Eden.

The Great Lent is symbolic of the 40 days that Jesus Christ spent in the desert with no food or water. Traditionally, the faithful begin Lent by refraining from sinful attitudes, which includes eating non fasting foods.

The Carnival leading to Clean Monday

Kathara Deftera follows from the 3-week Carnival period, known in Greece as Apokries. During most of that period, non fasting foods are consumed liberally. There’s even a day dedicated to eating meat – Tsiknopempti.

The non-Christian carnival tradition is celebrated all around Greece. People wear fancy – or plain quirky – costumes and go to parties and carnival parades, like the ones in Patras or Komotini.

Any similarity to ancient Greek ceremonies and the worship of God Dionysus, the protector of Ancient Greek theater, might not be entirely coincidental 🙂

Going back to the Lent tradition, the church calls Orthodox Christians to observe a specific dietary regimen, what we call nistia, or fasting. There are several other fasting periods throughout the year, but the one before Easter is the longest.

All in all, fasting calls for purification of mind, body and soul, resulting in a clean conscience. This means giving up all temptations, including the “pleasures of the flesh”. (Yes, trying to conceive during Lent is traditionally forbidden)!

In terms of diet, the Orthodox Church calls for giving up all animal products apart from seafood. So our Lent diet is similar to a vegan diet, with the addition of shellfish. There are exceptions where fish can be consumed, like the Annunciation Day.

I personally know very few people who fully observe the fasting tradition for the whole Lent period. However, most Greeks celebrate Clean Monday by preparing special Lent dishes, which we call nistisima or Sarakostiana.

Greek Food is one of my favourite topics! Our cuisine is incredibly varied, and it can be a puzzle for a first-time visitor. Here is a guide with 50 popular Greek dishes to get you started.

While we have plenty of dishes based on meat and dairy, we also have a rich culinary tradition when it comes to Lent dishes. 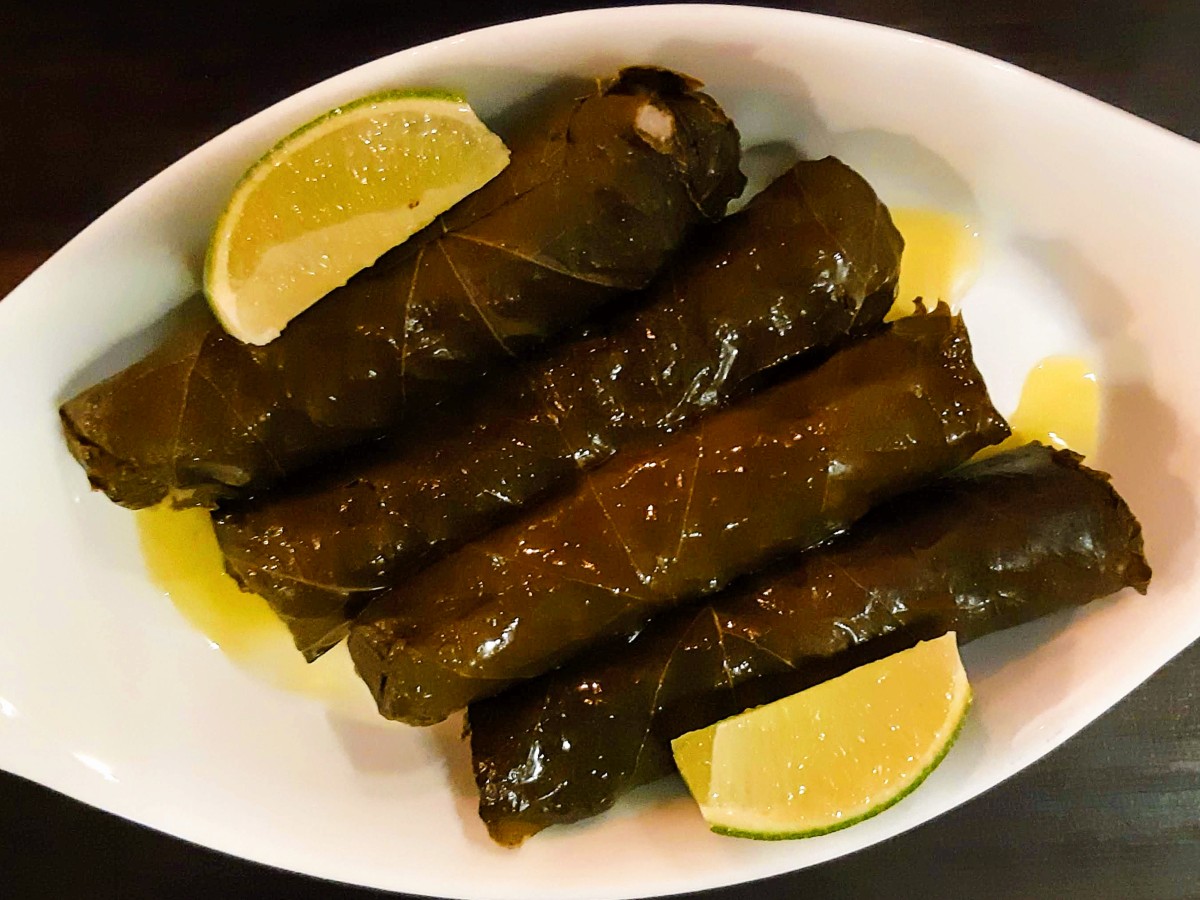 Some of the vegan dishes traditionally prepared for Pure Monday include the following: 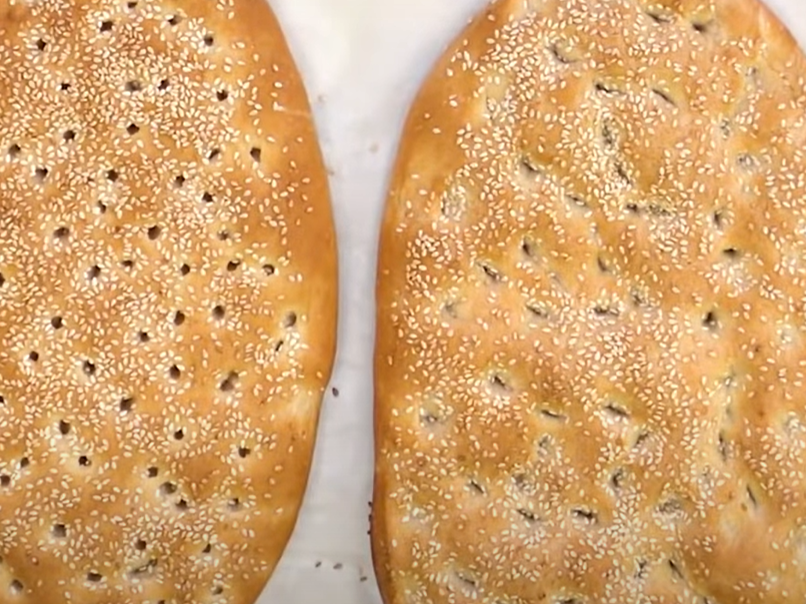 Finally, no Clean Monday table is complete without the lagana, a specially-made unleavened flat bread with lots of sesame seeds.

Here are some seafood dishes commonly prepared for Kathara Deutera: 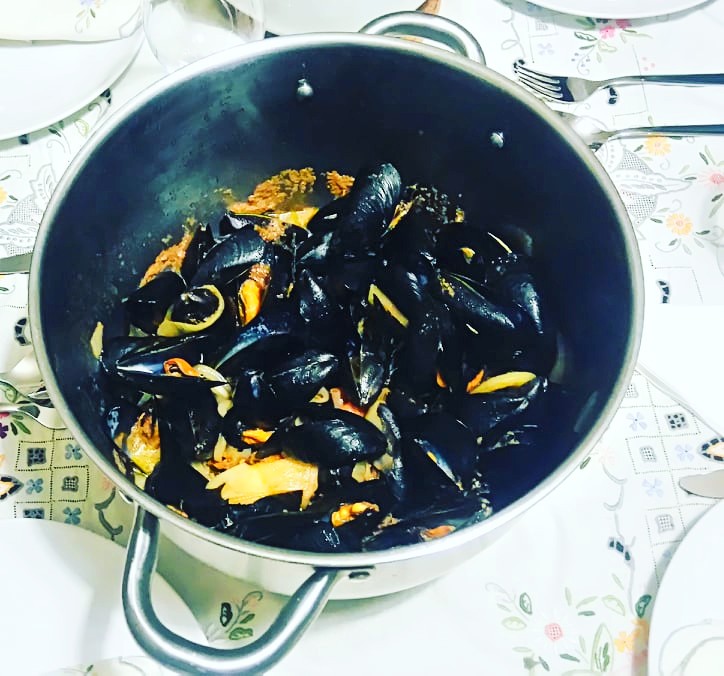 Desserts for the Great Lent

Finally, Clean Monday and the whole Lent period calls for a a traditional dessert called halvas.

Confusingly, there are many types of halva. The one commonly associated with Clean Monday is made from tahini (sesame paste), sugar and maybe almonds. We often refer to it as Makedonikos halvas or halvas tou bakali.

These days you can find tons of variations with ingredients like cocoa, raisins, other nuts and fruits, and even brandy or coffee.

These are just a few of the dishes that people commonly associate with Clean Monday and Lent. There are many more – in fact, any vegan / seafood dish could be added to the list above.

For more Greek words, check out this quick Greek lesson! Also, here’s some more information on the best Greek desserts.

Flying a kite on Clean Monday

Another widespread custom that has been connected with Clean Monday is building and flying kites. As you would expect, this is celebrated with outdoor excursions.

For most children, this is the most important activity of the day. Kids always compete on whose kite will fly higher. Thinking about it, it could actually be their dads!

Going back to when I was a child, I remember how disappointed we were when the weather forecast for Clean Monday was bad.

As this day normally falls in March or even February, weather can be unpredictable, and quite often there is some rain and strong wind. On days like that, flying a kite is generally a tough call, even for the grown-up (or not so grown-up) dads.

Origins of the kite-flying tradition

There are several theories on why we fly a kite on Kathara Deftera.

Following the Dionysian spree of Apokries, flying signifies the ascension and purification of the soul. From a Christian point of view, it is symbolic of the human spirit flying into the skies and getting closer to God.

This tradition probably originated in China, where it is still popular today. People in Asian countries flew kites of square or cylindrical shape during religious ceremonies and rituals, to keep demons away. They believed that the higher the kite flew, the luckier they would be.

Kites may have also existed in Ancient Greece. It appears that a man called Archytas designed something that resembled a kite. Sadly, his original works have not survived.

Make your own kite – DIY kite for Clean Monday

Traditionally, children in Greece made their own kites, usually with the help of their older relatives. Simple materials were used, such as paper, newspapers, framework and kite string. In addition, leftovers from the carnival ribbons were used to make the kite’s “tail”. 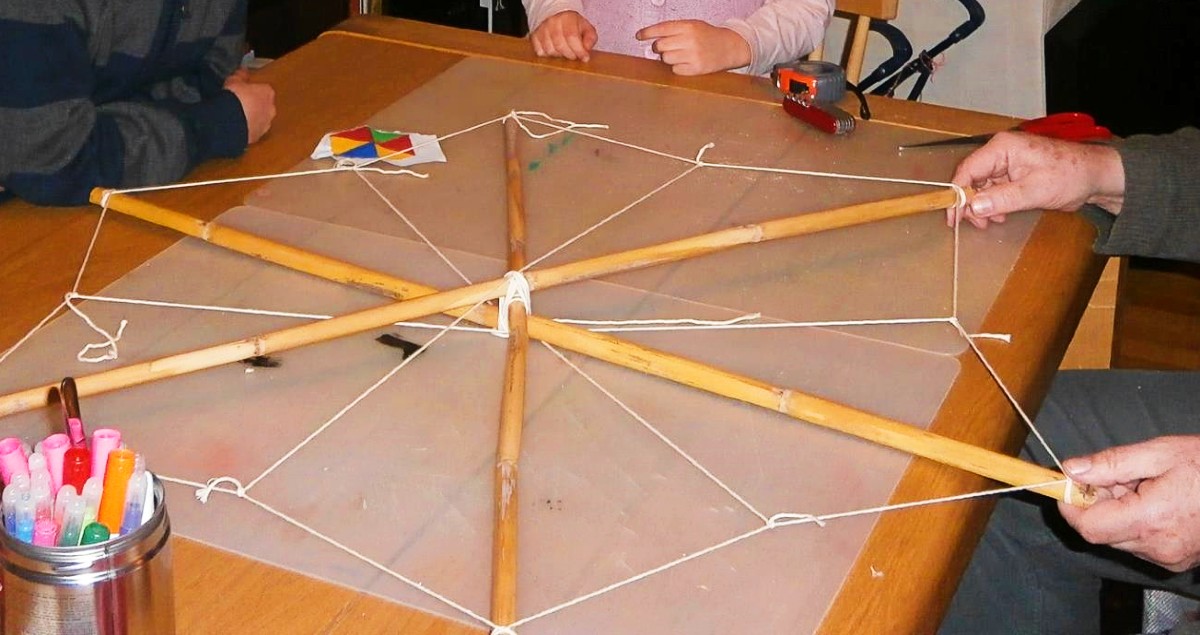 Like many children of my generation, we made our own kites. As my father was an engineer, he was very methodic, and our kites were of exceptional quality. (Note: I hope dad reads this article).

In all honesty, making a kite needs quite a lot of patience and skill. It needs to be as symmetrical as possible, light but also sturdy. It also needs to be pretty and colourful, so that you can spot it from a distance.

If you’ve never flown a kite before, let me tell you – it’s not as easy as it looks! You need to pay attention to the winds, but also to other kite-fliers around you.

It was quite common for two or more kites to be entangled with each other, even in areas with plenty of open space. And at the end of the day, our hands had deep marks, caused by pulling the string for so long. 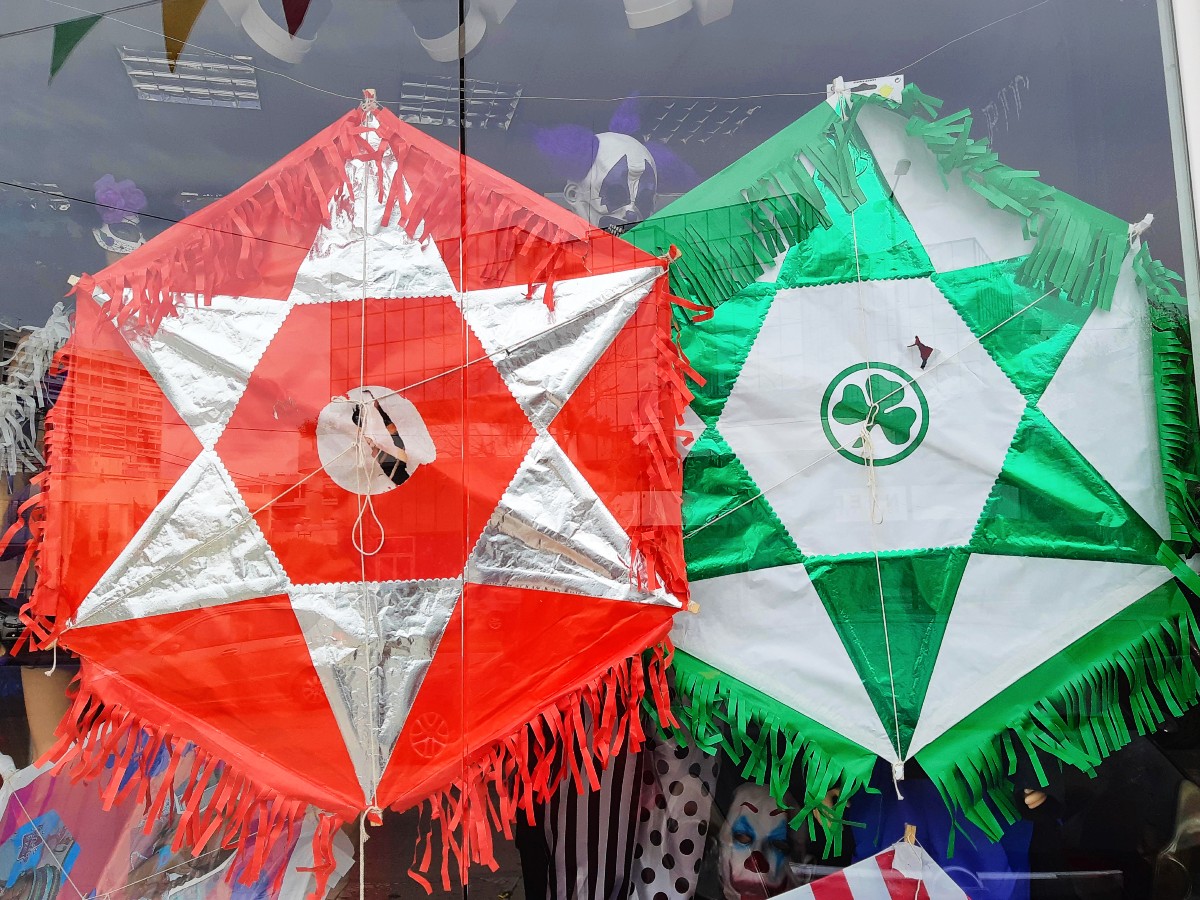 Ready-made kites, often of poor quality, are easily available these days. They are normally made of plastic, and decorated with football team logos, or popular cartoons. You can buy them at specialized stores, or at street vendors.

Clean Monday is the last day when people will dress up in their Carnival costumes. And while it’s a special day all around Greece, certain regions celebrate with some unique local customs.

In Athens, the place to be is Filopappou Hill. You will meet many families flying their kites, and enjoying a picnic afterwards. As it’s a day off for most people, it’s normally a great opportunity to welcome spring. 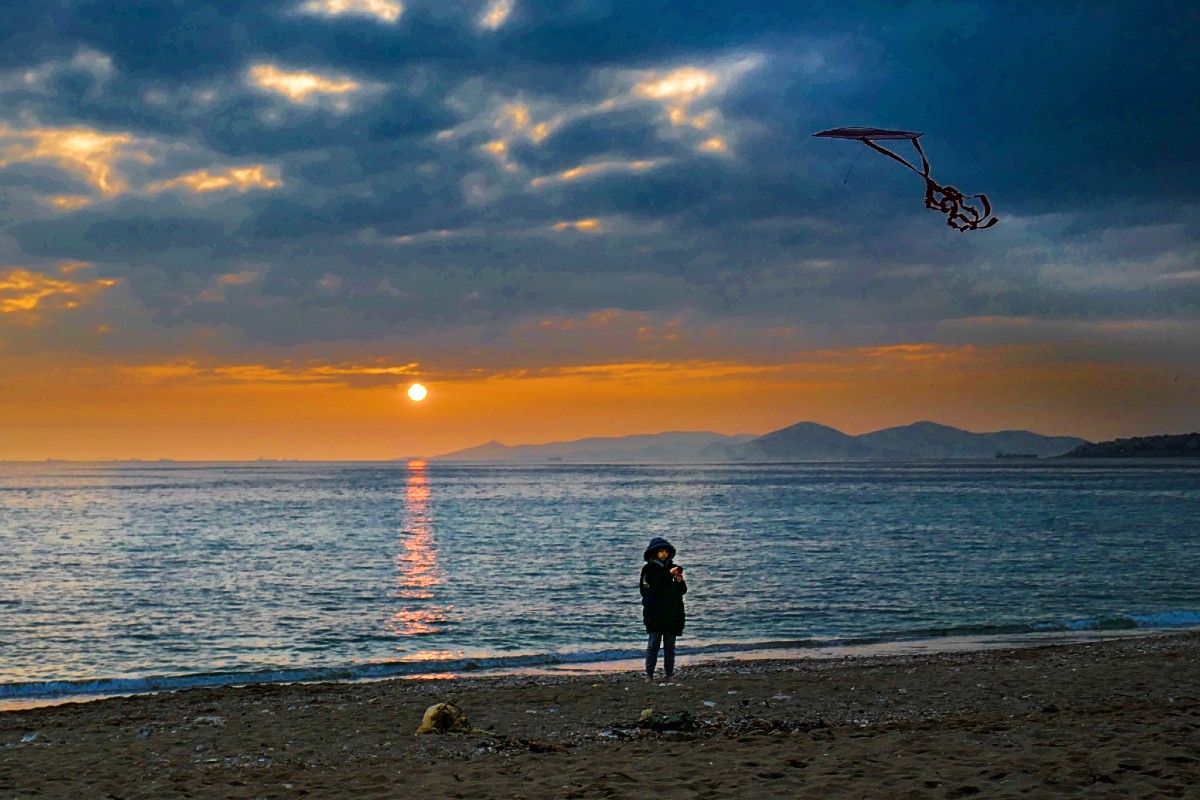 Many newcomers and even locals are unaware of the celebrations in the Varvakios food market, on the preceding Sunday night.

While the stalls in the Varvakios typically close by 5pm, they remain open all night on Sunday, so that people can do their shopping. It’s a unique event, accompanied by lots of wine and raki.

A unique celebration takes place in Galaxidi, a coastal town three hours west of Athens. The local custom is called “alevromoutzouromata“, and people throw brightly-coloured flour and ashes to each other. As you would expect, there is plenty of music, dancing and wine. 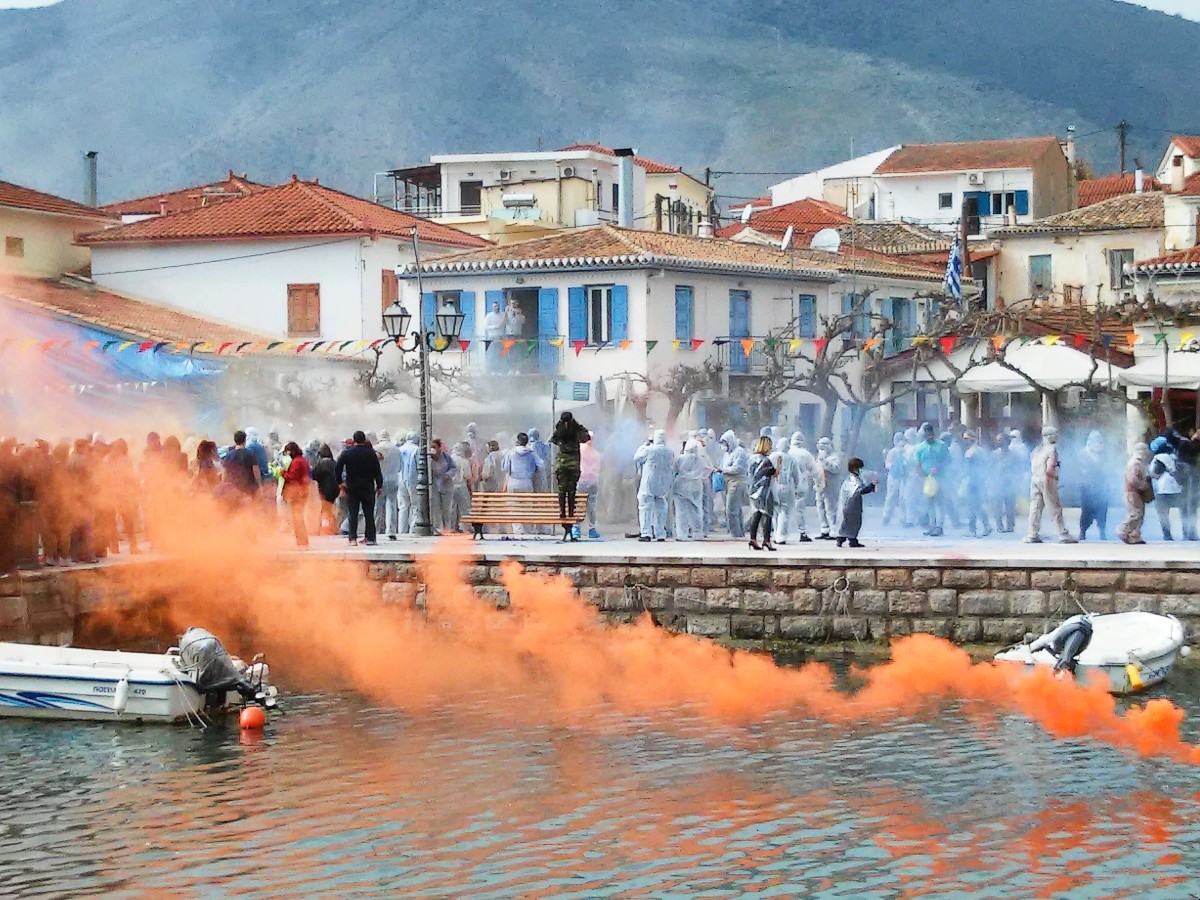 A similar custom takes place in a small village close to Xanthi in Northern Greece, called Polisytos. It involves people throwing ashes to each other. Later on, they put on animal skins and bells, and wander around the village making lots of noise, in the hope to prevent bad luck.

Another interesting tradition takes place in Mesta in Chios. This is a representation of the collection of taxes during the Ottoman era, and it resembles a theatrical performance.

The tax collector and his custody form a self-appointed “court of justice”, who collect fines for non-committed crimes from all the villagers. In the end, the money goes to the village’s cultural association.

In the village of Pentalofos in Kozani, you will see no kites! Instead, the people make their own small lanterns, which they release in the air. 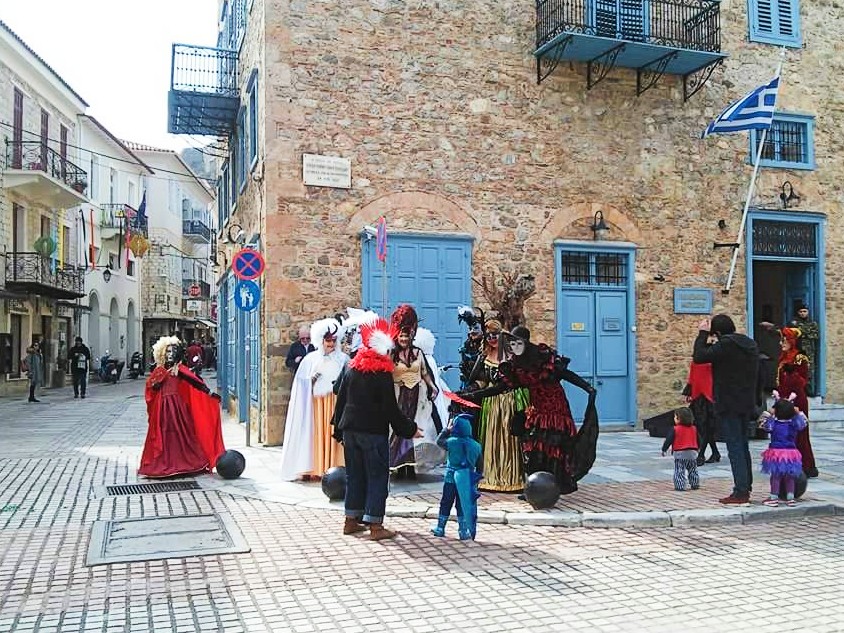 Wherever you are in Greece though, chances are that you will come across some local celebrations. Ask around, and go check them out.

Weddings are a very special affair in Greece. As Lent is a time for cleansing and self-purification, religious weddings are forbidden during the whole Lent period.

Methoni, a small town in the Peloponnese, celebrates with a representation of “the wedding of Koutroulis”.

Koutroulis was a 13th-century knight who succeeded in getting a divorce from his wife after 17 years of trying. He then proceeded to marry another lady, Arsana, and the celebrations lasted for several days. 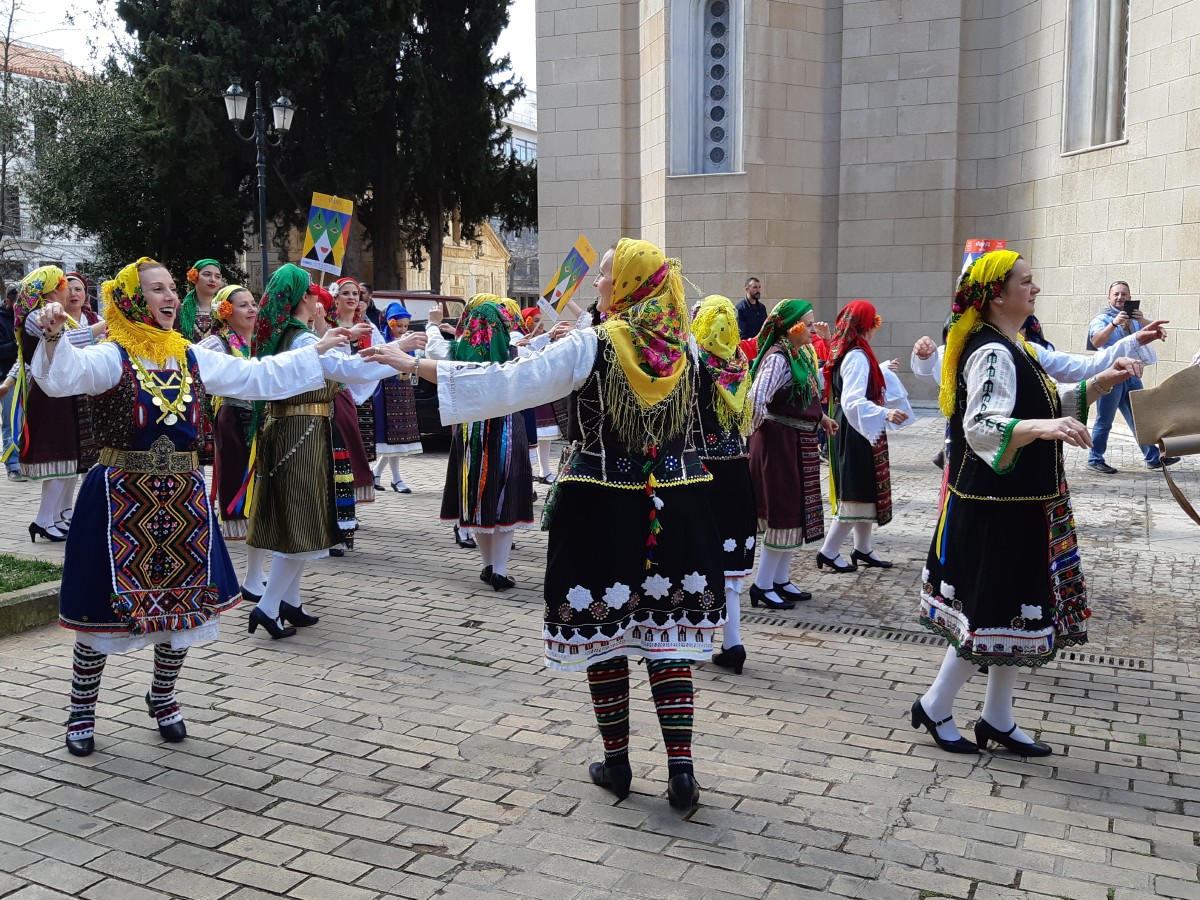 If you find yourself in the town of Thiva (Thebes), you can attend the so-called Vlach Wedding. This is a satirical representation of a wedding, where both the “bride” and the “groom” are men.

Friends and relatives help dress the “bride”, and they give the “groom” a deep shave. Obviously, there is lots of wine and food, as well as traditional singing and dancing.

This tradition goes back to the ancient times, once again resembling the cult of Dionysus. 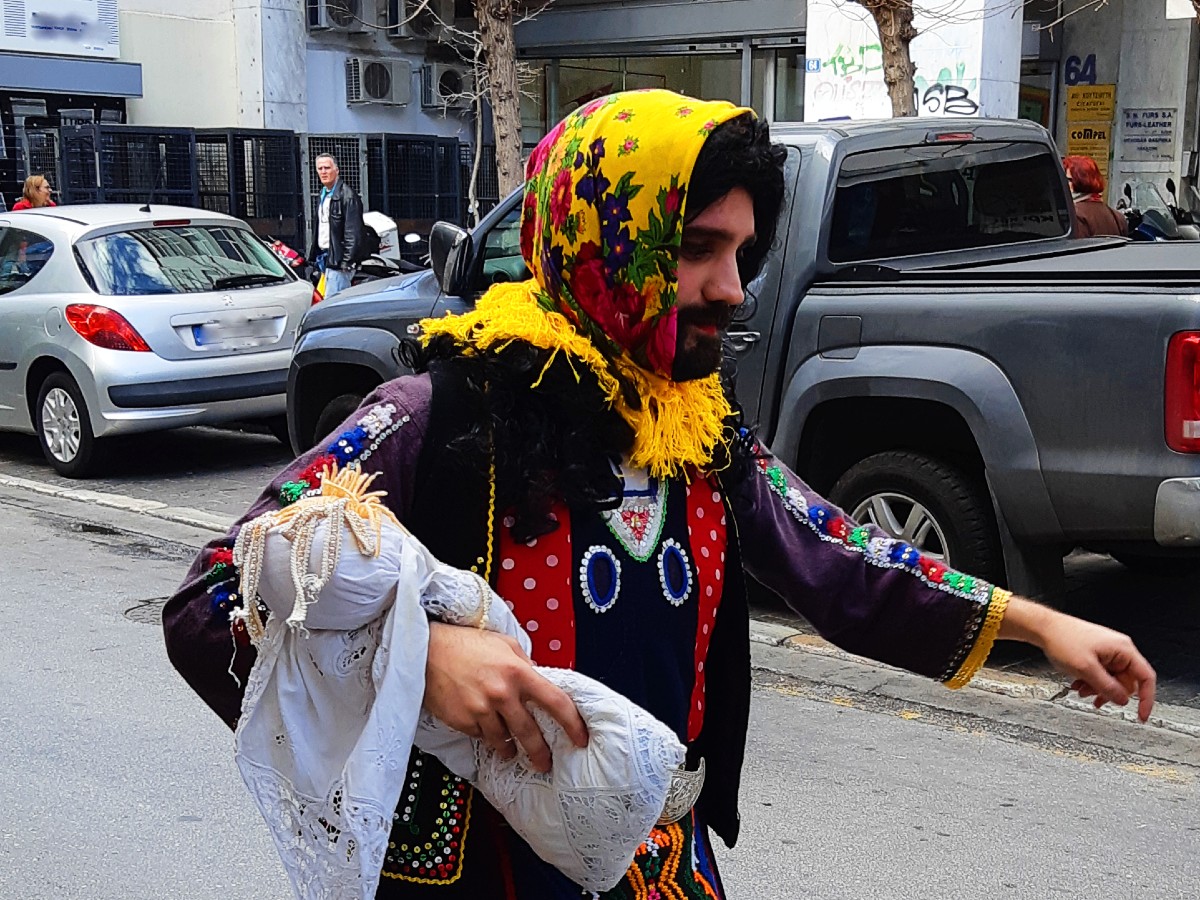 A similar wedding parody is set up in the town of Trikala. This wedding is called Karagounikos, and everyone attends in traditional costumes. Again, both the “groom” and the “bride” are young men. Apparently, the priest often arrives on a big motorcycle.

Here are a few questions often asked by visitors and expats living in Greece:

What does Clean Monday celebrate?

What do you eat on Clean Monday?

What is Clean Monday / Ash Monday / Green Monday in Greek?

In Greek, Clean Monday is known as Kathara Deftera. There is no other name for it!

Why is it called Clean Monday?

Clean Monday is the first day of Lent. It’s the beginning of the holy season, when Orthodox Christians traditionally abstain from certain foods and actions, therefore purifying themselves.

Is Clean Monday important in Greece?

Clean Monday is a special day in Greece. It’s a public holiday, and people follow certain traditions, many of which are related to preparing special dishes.

In 2023, Clean Monday falls on the 27th of February. Will you celebrate? 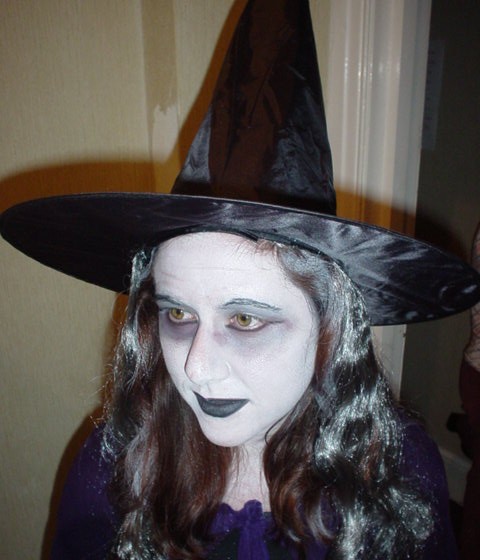 Hello! I am Vanessa from Athens, and I love researching our unique traditions and regional customs. As a child, I always loved Kathara Deftera, not only because it was a day away from school, but also because I could help my mom make her delicious taramosalata, which is the best I’ve ever tried. I hope that this article has inspired you to taste some of our Lent foods – or to try flying your own kite 🙂