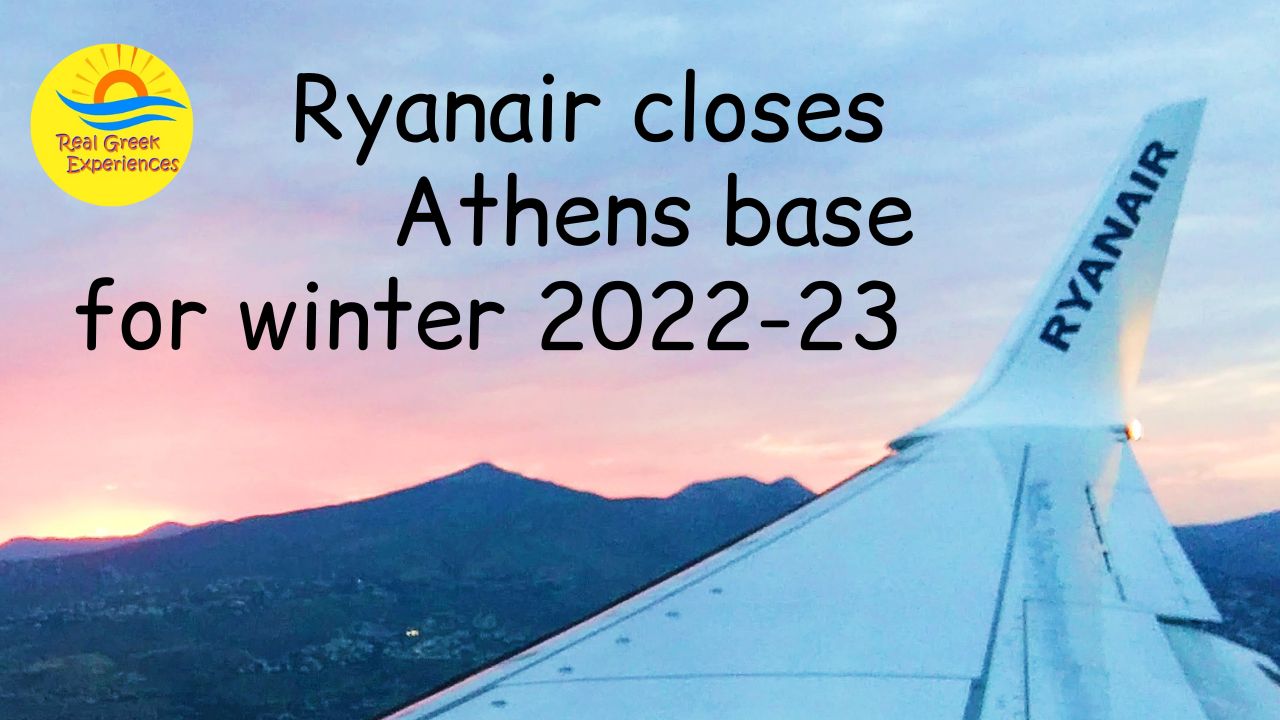 Low-cost airline Ryanair has decided to close their base at the Athens international airport for winter 2022-2023. Here is their official announcement.

Ryanair will stop flights into Athens for winter 2022-2023

Ryanair, Europe’s largest airline in terms of passengers, has confirmed that it will close its Athens base for the winter season 2022-2023 on October 29.

According to Ryanair’s website, this will result at a loss of more than $200 million in investment at Athens Airport, a vital gateway for Greek economy. 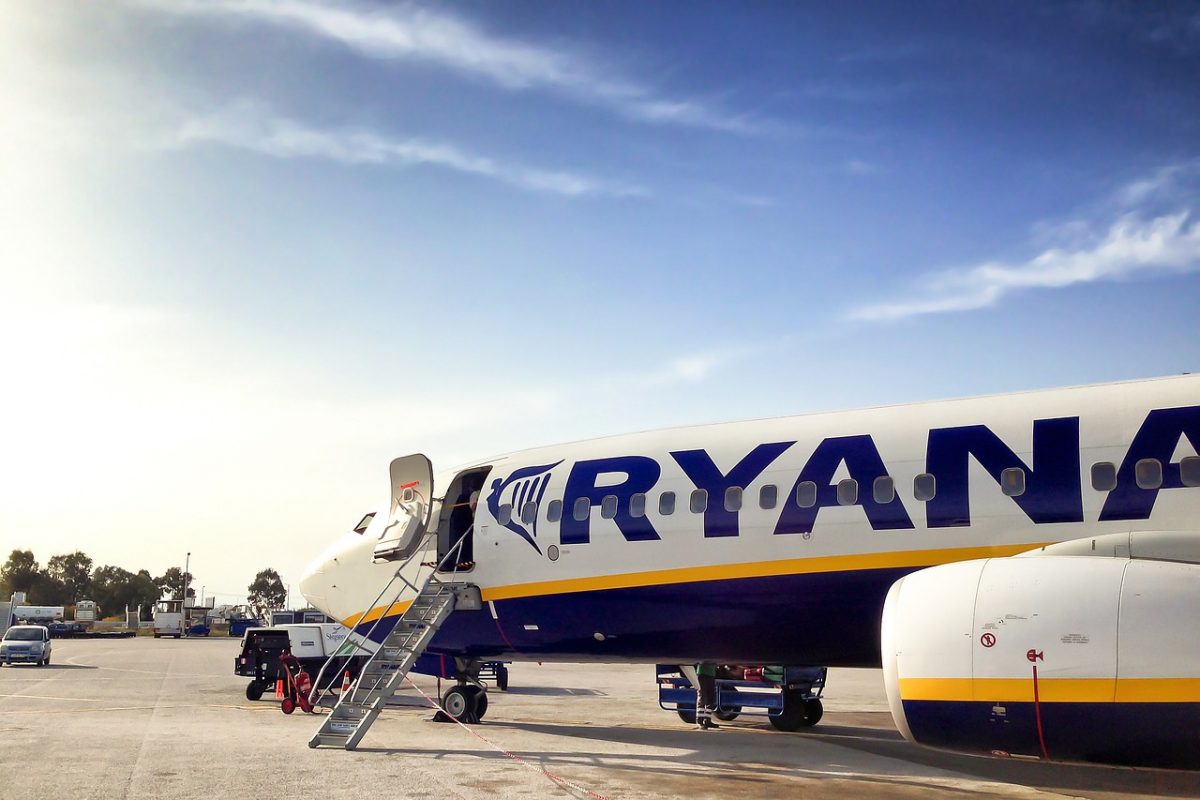 One of the reasons that Ryanair are cancelling their Athens base for the winter, according to their announcement, is that there are not enough incentives to warrant Ryanair operating from a base there.

Eddie Wilson, Ryanair’s CEO, has made the following statement:

We are disappointed to announce the closure of our Athens base at the end of October 2022 for the winter season.

The Greek government has inexplicably failed to meet Ryanair’s ambitious growth plans for a much-needed tourism recovery plan to reduce non-competitive airport charges and help post-Covid traffic recovery. This is something that Croatia, Ireland, Portugal and other countries have already implemented.

The Athens Airport is a great example of how the Greek government and German ownership high-cost airports are failing to deliver benefits to Greek people and Greece’s economy.

We are asking again the Greek Minister for Tourism, Vassilis Kikilias, to reply to our written growth proposals, where we aspire to transform Greece’s tourism market over the next 5 years.

The Greek government’s failure to respond has already led to the closure of Ryanair’s Rhodes base in the summer of 2022. It’s now forcing us to close our base in Athens in October, and to reallocate this capacity to competing destinations of lower cost, such as Italy, Spain, Cyprus and Portugal. 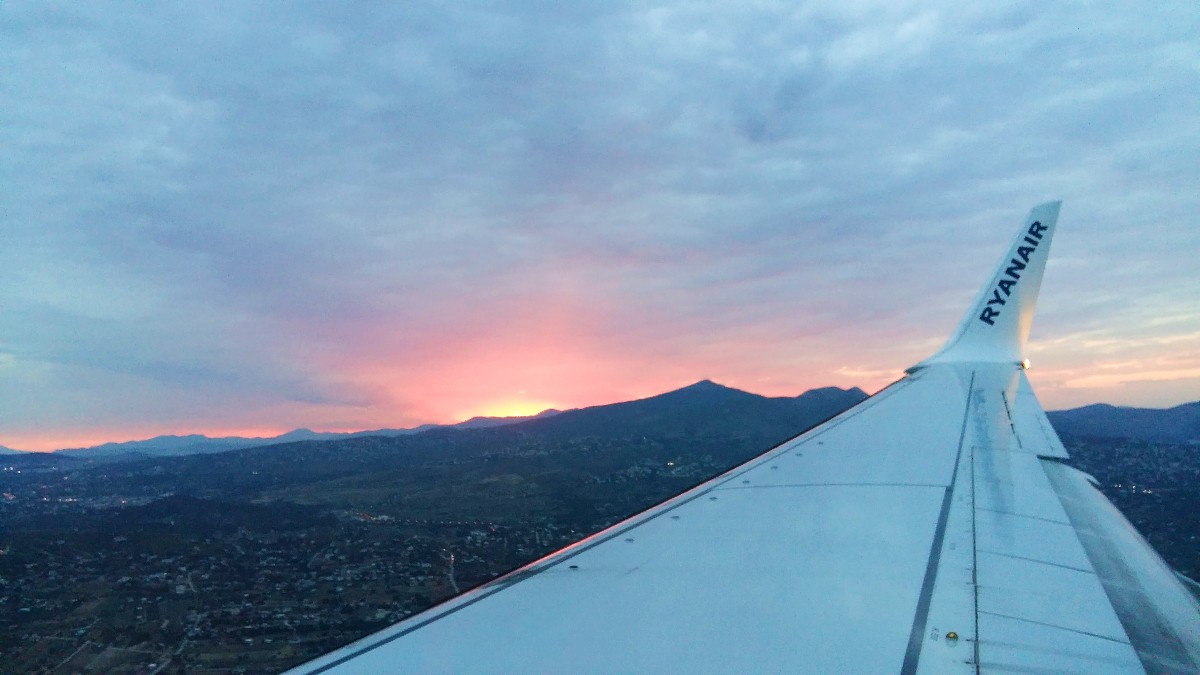 The airport charging structure in Greece is dysfunctional, as it rewards German airport operators who control a vital part of Greek national infrastructure at the expense of tourism economic development and connectivity.

It is inexplicable that the Greek government does not use incentives at Greek airports to promote Greek businesses and job vacancies, while instead it protects German practices with high-cost charges.

You can read the full statement on Ryanair’s official website (in Greek).

What does this mean for passengers?

Good question! At the moment, this is unclear. Dave (my partner) has return flights from Athens already booked with Ryanair for November.

At the moment, when he logs in, it shows his flights as cancelled, but he cannot make any amendments at this stage.

At the same time, the system still shows that you can book flights in winter to / from Athens. The question is: should you?

According to some Greek newspaper reports, Ryanair will close its base in Athens for winter, but will keep 10 of its 29 existing flights. The destinations mentioned are Dublin, London, Brussels, Milan, Bologna, Rome, Budapest, Katowice, Vienna and Malta. But this info is not on Ryanair’s website yet!

Here’s our advice: If you are planning to travel to Greece in winter 2022-2023, look for alternatives to Ryanair, until the situation becomes clearer.

Please leave a comment down below if you are affected by this! 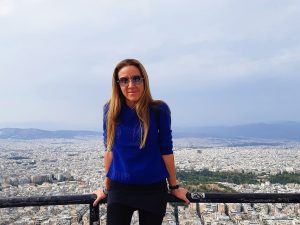 Hi! I’m Vanessa from Athens and I’ve used Ryanair cheap flights from Athens more times than I can remember! Travelling in Europe was very different before this Irish budget airline came into the picture and brought flight prices down. Let’s see what happens…