One of our favourite neighbourhoods in Athens is a small, quirky area full of street art called Psiri. Read on to find out what we find so special about Psiri in Athens. The neighbourhood of Psiri in Athens

Tucked behind Monastiraki square, you will find the small neighbourhood of Psiri. This is one of the most vibrant areas in Athens. Unlike other areas in central Athens, and despite the numerous AirBnB apartments in the area, it has kept an air of authenticity. This tiny neighbourhood is very close to Monastiraki metro, and lies between Ermou, Athinas, Evripidou, Agion Asomaton and Peiraios streets. While it looks very small on the map, there is a lot to do in Psiri in Athens and its surrounding areas.

How did Psiri in Athens take its name?

There is some dispute over the original Greek name of the area. The name was most likely given to the neighbourhood due to someone who moved here from Psara, an island close to Chios. As it happens, there is also disagreement over the correct spelling of the area in Greek, even among renowned contemporary authors. According to some people it is Ψυρή, while others spell it Ψυρρή.

When written in Latin characters, the name “Psiri” can be spelt in several ways. Hence, you will find that a few different names are used – Psiri, Psirri, Psyri or Psyrri. Googlemaps recognizes all of them, so you will have no problems. For the purposes of this article, we have kept the name Psiri.

A short history of Psiri area

There is not much solid information relating to Psiri during the Ottoman Era or earlier. According to some accounts, the area dates all the way back to ancient Greece. What is certain is that Psiri is one of the oldest neighbourhoods of modern Athens. The neighbourhood that we know as Psiri today was likely established in the decades before the Greek Revolution in 1821. If you are familiar with Lord Byron, the English poet, you might know that he moved here in 1809. The Iroon square in Psiri, which is nowadays full of places to have a snack, dessert or a drink, was constructed in the 1850s.

During the late 1800s, Psiri was a popular hangout for groups of underground people, called koutsavakides. These people could perhaps be described as a sort of mafia of the times, participating in all sorts of illegal activities. At the time, Psiri was apparently a no-go area.

The koutsavakides eventually disappeared, primarily due to the efforts of a well-known police chief, Bairaktaris. His great grandchildren run the famous Bairaktaris souvlaki place just off Monastiraki square.

Psiri started growing from the beginning of the 20th century onwards. As the newly established Varvakios food market was drawing people to the wider area, new businesses opened in the neighbourhood. 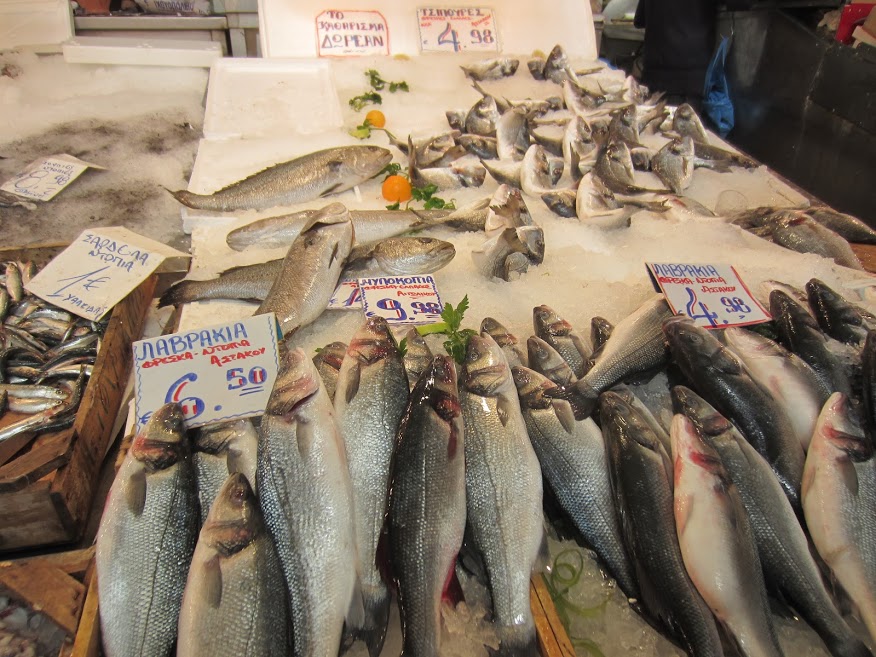 Things changed dramatically during WWII. During that period, Psiri was home to profiteers who were selling goods on the black market, just like in many other areas of Athens. While the Germans marched around the tiny streets by day, the rebels went around and wrote mottos on the walls during the night.

In the years that followed WWII, more and more businesses started opening in the area, selling all sorts of stuff. Eventually, some of the residents left, looking for quieter places to live. This backfired on many of the businesses, and their owners realized that they were no longer viable. During the 80s and the 90s, the neighbourhood was almost abandoned, until the decision was taken for it to be gentrified. Along with the newly opened metro stations in Monastiraki and Kerameikos, this helped Psiri flourish once again. Plenty of cafes and bars opened, and the area became one of the most vibrant neighbourhoods in Athens.

In terms of accommodation, there is a fair amount of apartments in Psiri. Many of them are available for short lets, while others are undergoing renovation. You will find, however, that many of the amazing neoclassical houses in the area are in pretty bad shape. They have probably been inherited by siblings who either disagree on what to do with them, or cannot afford the cost of a full renovation.

All in all, Psiri is a mix of traditional shops and businesses, old tavernas, cool cafes and several churches. Add on to this a number of new, trendy shops and hipster bars, and you will find that this cool little neighbourhood has a lot more than meets the eye.

What to do in Psiri Athens – Eating and drinking

There are many nice and affordable places to have a snack, drink, meal or dessert in Psiri. Many of them are featured in various walking tours in Athens. Due to its proximity to the food market, Psiri is a convenient area to go for food tasting in Athens. For a light snack, we recommend the original koulouri  bakery, which is open 365 days of the year, 24/7! With just 50 cents you can have a tasty local snack to keep you going until your next meal.

If you prefer something heartier, try a scrumptious, filling bougatsa right on Iroon Square. This is a pie made with filo pastry and generous sweet or savoury fillings. These pies are very fresh – you can literally see them being made! Tip – don’t plan on having a bougatsa before a meal, as it will spoil your appetite. When it comes to desserts, there is plenty of choice in the area. Nancy’s Sweet Home on Iroon square is probably our favourite, followed by Serbetia stou Psyrri, where the aforementioned Nancy used to work. There is also the quirky Little Kook that looks like it came out of a fairytale, which is ideal if you are travelling with kids. For a meal, we have an absolutely favourite place in the area, where we’ve been going for years. If you want to know the name, feel free to get in touch!

Finally, you will find plenty of little cafes and all-day-bars in Psiri if you want to have a break. We recommend Beer Time, right on Iroon square, just next to the bougatsa shop. They have a great selection of local craft beers, which you can accompany with a few tasty snacks.

What to do in Psyri Athens – Nightlife

Nightlife in Psiri became a big thing in the 2000s. There was a slight decline a few years ago, and a few bars closed down, but then others opened. Psyri gets very busy and vibrant at night. Many of the all-day-bars in the area, such as Tranzistor and Barrett on Protogenous street, stay open until very late – or perhaps very early in the morning. Most of them are fairly low-key, so don’t expect anything too wild. If you are into clubbing, you can always take a short walk to Gazi area.

What to do in Psyri Athens – Shopping

Psiri is a great little area to go shopping, and you can find businesses selling all sorts of stuff. You will see pretty much anything – DIY items, tools, paints, wicker baskets, pots, coils of rope and all sorts of household goodies. Whether you need any of those is another matter! In terms of clothes, you can find many leather goods, such as shoes, bags and belts, and it’s also possible to buy pure leather, ideal for DIY creations.

If you walk around the neighbourhood, you will spot a few boutique and alternative clothes stores. As an example, for handmade clothes and accessories, you can get in touch with The Real Intellectuals.  If you are more into vintage stuff, Gouadeloupe will probably be more up your alley. Stroll around, and you will definitely discover something of interest.

What to do in Psiri Athens – Art and street art

One thing that you will immediately notice in Psyri, is the amount of graffiti everywhere. While to some people this brings up images of abandonment, many people like the colour that it adds to our city. 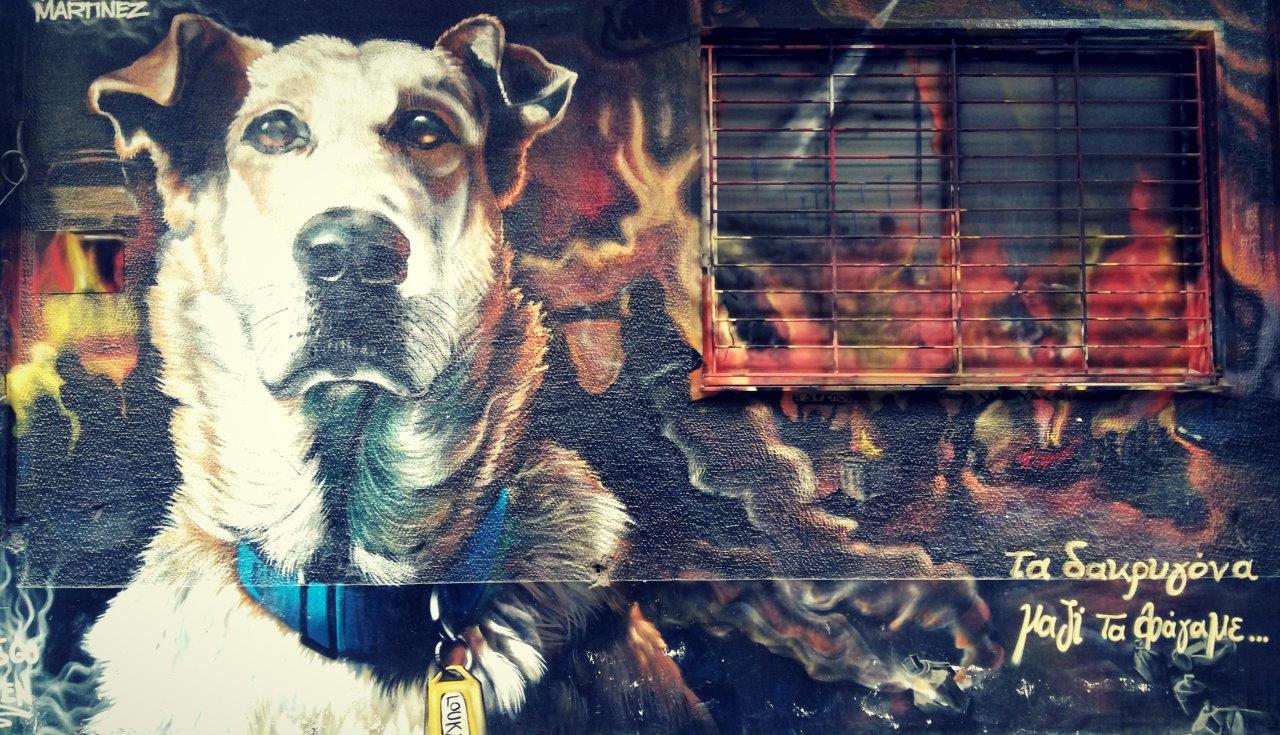 In terms of culture, there are a fair few galleries in Psiri, such as Sarri 12 and A.Antonopoulou Art. Visit and check out some contemporary art in Athens. For a local, alternative experience, check out the self-organized Embros theatre, which hosts several interesting events. It might look daunting from the outside, but once you are past the dark exterior you will discover some cool activities.

What to do in Psiri Athens – Sightseeing

Psiri has its fair share of sightseeing, though the best known archaeological sites and museums in Athens are further away.

If you are interested in Orthodox churches, you will be happy to know that Psiri has several. There is even a hidden Byzantine church, located within a neoclassical building which was built all around it! Other religious places of interest in Psyri include the Synagogue and the Armenian Church. Psiri is a short walk from the ancient cemetery of Kerameikos. This is where ancient Athenians buried their dead. There is a small museum that explains a few things about funerary customs in Ancient Greece.

On Agion Asomaton street, you will find the Museum of Islamic Art, which belongs to the Benaki Foundation. Apart from its impressive permanent collection, the museum often hosts temporary exhibitions.

Accommodation in Psiri – Should I stay in Psyri?

If you are visiting Athens for the first time and you only have a couple of days here, you might be better off staying around the Acropolis area. However, in our opinion, Psyri is a fascinating place to stay. If you enjoy walking, we totally recommend staying in Psiri in Athens. Not only will you have a more vibrant, authentic local experience, but you will also see one of the oldest and constantly evolving neighbourhoods of Athens.

Some of the best hotels to stay in Psiri include Triple A, Ederlezi Boutique Hotel and Athens Suites. We haven’t stayed there ourselves, but these would be some of our best choices for accommodation in Athens.

Psiri in Athens – Your thoughts

Have you been to Psiri in Athens? What did you think to it? Let us know in the comments!