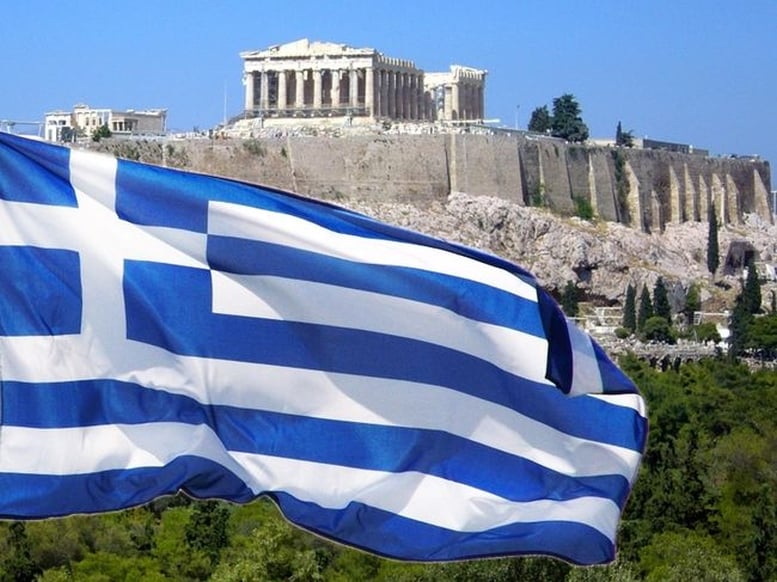 On 28 October, Greeks all around the world celebrate OXI Day. So what is this day with the strange name? Here is some more information!

What does Oxi Day mean?

Let’s start by explaining the word “Oxi”! This word means “no” in Greek. We spell it ΟΧΙ / Όχι, and the letter X is pronounce with a harsh “ch” sound, somehow like a snake hissing.

This sound has no direct equivalent in the English language. This is why you will often see this day mentioned as Ohi Day, or even Ochi Day.

Honestly, none of the three ways to spell it are ideal. So why not stick to OXI, which looks the same in both languages!

Let’s find out about why the word “No” is so important for Greeks. We’ll need to go back to the Second World War.

World War II and the Axis forces in Greece

WWII began in September 1939, when Germany, led by Adolf Hitler, invaded Poland. Subsequently, many European countries were involved in the war.

Previously, Germany had allied with Italy, led by dictator Benito Mussolini. They later joined forces with Japan, and their alliance is known as the Axis powers. 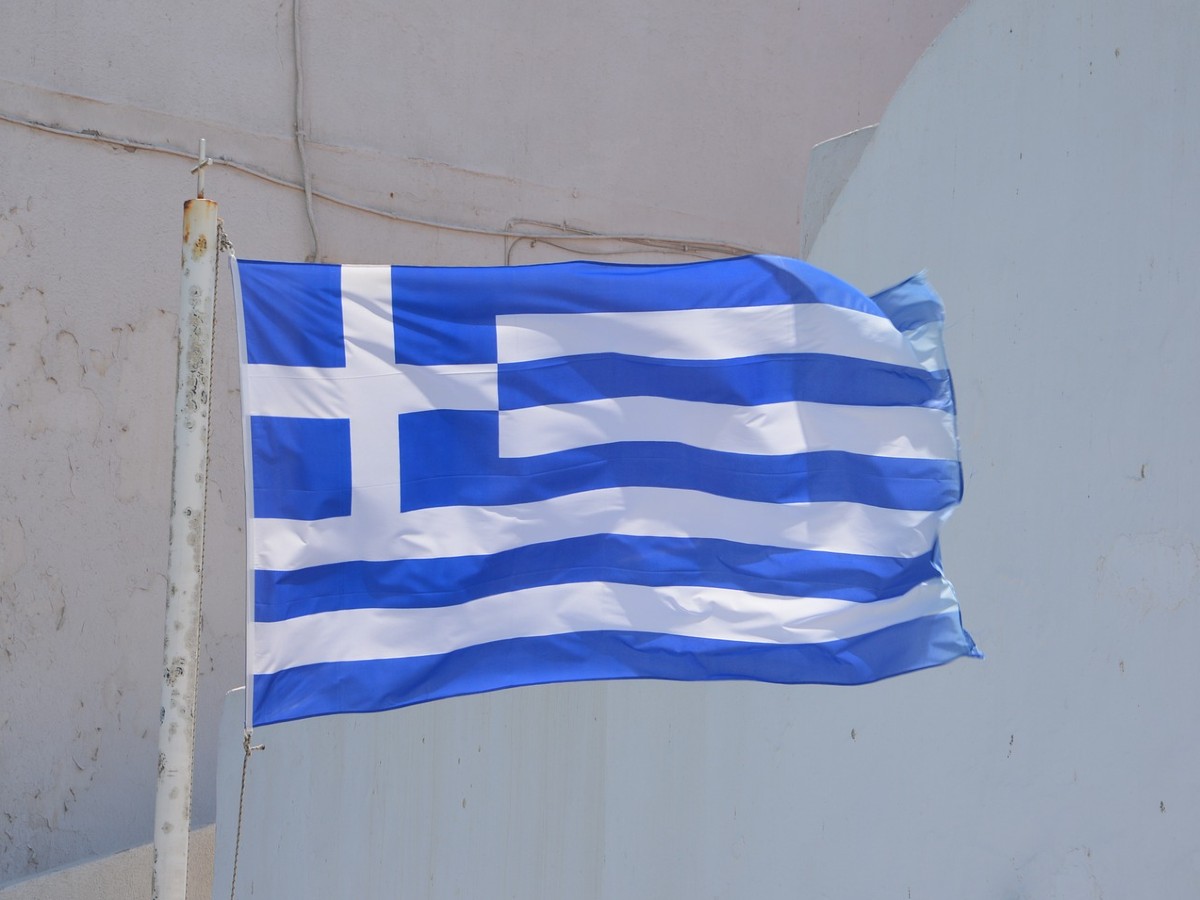 On 15 August 1940, an Italian submarine fired three torpedoes against a Greek protected cruiser called Elli, on Tinos island. This resulted in 9 people being killed.

In an effort to avoid the conflict with Italy, the Greek government never officially acknowledged the nationality of the submarine.

In fact, Mussolini had already been planning war against Greece for several months. He never informed Hitler of his plans though, and notoriously said that Hitler was going to read about it in the papers.

Oxi Day and the Greco-Italian War

The story escalated a couple of months later, on 28 October 1940. This is when Mussolini gave an ultimatum to the Greek government through the Italian ambassador in Greece, Emanuele Grazzi.

Grazzi asked the Greek Prime Minister, Ioannis Metaxas, to allow the Italian troops to pass through Pindos mountains, in the region of Greece called Epirus. If the forces weren’t allowed through the Greek border and Greek territory, then there would be war.

To this ultimatum, Metaxas reputedly replied with a single word – OXI. As I’m sure you’ll agree, this was very far from anything resembling diplomatic language!

This was the beginning of the Greco-Italian War. On the next day, Italian troops deployed in Albania forced their way into Greece.

Once the news spread out, the whole nation joined forces to combat the foreign enemy. People took to the streets, shouting “OXI”. This led to the Greek Resistance during the Axis occupation.

The high morale of the Greek troops and the extreme heroism of lower and middle-grade officers were praised worldwide. Even the Führer himself acknowledged the Greek soldiers’ courage.

Hence we will not say that Greeks fight like heroes, but that heroes fight like Greeks – Winston Churchill

The story goes that Metaxas said “OXI”, hence Oxi day. But is this really what happened? Well, not exactly. In fact, Emanuele Grazzi and Metaxas had a longer dialogue in French, which is documented in Grazzi’s memoirs.

According to Metaxa’s daughter, the dialogue escalated as follows:

Metaxas: Non, c’est nécessaire (No, it is necessary)

This became the motto of the Revolution, and a famous word for the years to come.

You can read more about this fascinating story and Greek OXI day quotes here (in Greek).

Greek communities all around the world celebrate Oxi Day, which is a public holiday. Schools, offices and most shops remain closed on 28th October, Greek National Day.

The biggest celebration in Greece happens in Thessaloniki, with a student and military parade and many officials and even war veterans attending. In Athens and all other cities of Greece, there are student parades and an all-over festive ambiance.

The Ohi Day schedule may slightly vary from one year to the next, but in general parades and celebrations start around 10-10.30. In Athens, celebrations happen around Syntagma Square, and the metro station usually remains closed for a few hours. 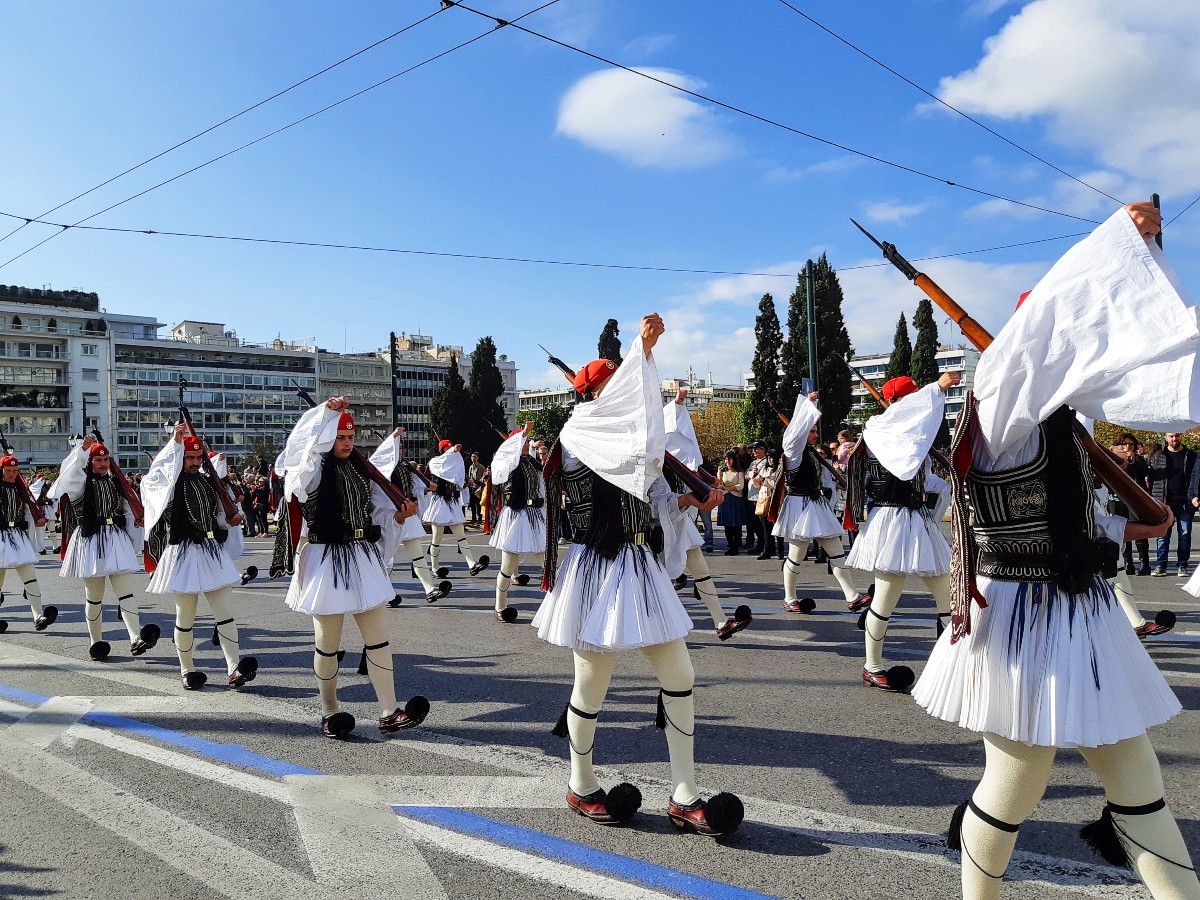 On this day, you will see numerous Greek flags on public buildings, but also on many private balconies. Similar celebrations happen on Independence Day, the anniversary of the Greek Revolution on 25th March.

Free admission to the archaeological sites and public museums

On Ohi Day, admission to the archaeological sites and public museums around Greece is free. This includes sites like the Acropolis, Ancient Agora, Ancient Delphi, Ancient Mycenae and Ancient Epidaurus.

You can see all monuments that offer free entrance in Athens in this article. Happy Ochi Day!

In addition, you can visit places like the National Archaeological Museum, the Acropolis Museum or the Byzantine Museum. Here are a few more of the best museums in Athens, though not all of them are free on Ochi Day.

What happens on Oxi Day?

Oxi Day is a public holiday in Greece. There are student and military parades, while schools, offices and most shops remain closed. Ancient sites and public museums offer free admission.

What is Oxi Day?

Oxi Day celebrates the anniversary of the Greek Prime Minister, Ioannis Metaxas, refusing an ultimatum by the Italian dictator Benito Mussolini, on 28 October 1940. This heroic act is a public holiday in Greece, and is celebrated by Greek communities all around the world with parades. Oxi means No in Greek.

How is Ohi Day Celebrated in Greece?

Ohi Day is a public holiday in Greece. It is celebrated with parades, and you can see the Greek flag on many public buildings and private balconies.

When did the Greeks say no?

The Greek Prime Minister, Ioannis Metaxas, said No to the Italian government’s ultimatum on 28 October 1940.

How do you say yes in Greek?

Now that you know how to say No in Greek, it makes sense to ask how to say Yes! The Greek word for yes is NAI, pronounced as neh.

If you enjoyed this short article about Oxi Day in Greece, here are a few more you will like:

Hello! I am Vanessa from Athens, and I love helping people find out more about Greece. As a kid, October 28 was one of my favourite days, as there was no school 🙂 Hope you have enjoyed this article – feel free to follow my FB page for more articles about Greece and Greek culture.